Verpan was founded in 2003 with the aim of re-editing and putting into production some of the most famous projects by the Danish designer Verner Panton, who was responsible for some of the most innovative architectural proposals of the sixties. The first collection entirely dedicated to lighting marked an international success, followed in 2010 by an even more marked resonance thanks to the addition of numerous furniture proposals. The Verpan selection includes some of Verner Panton’s most distinctive proposals adapted to an exquisitely modern taste and production techniques in step with the times.

The best proposals of Verpan brand exposed in our showrooms

The best proposals of Verpan brand exposed in our showrooms

Verpan proposals range in the different rooms of the house, offering collections of extreme elegance and authenticity that do not neglect the needs of everyday life. The abundance of exclusive details and unexpected aesthetic choices make each piece unique in its kind, a prominent element in any context. Among the most well-known Verpan icons we mention the Series 430, declined in chairs, stools, coffee tables and tables, famous for the particular design refinement and the unusual “visible” position of the legs. No less peculiar is System 123, a line of chairs born from a single element supported by a pedestal.

There are other Verpan works that should be mentioned, such as the Welle series of upholstered furniture, the Cloverleaf sofa, the Panto Pop lounge chair and the Flying Chair, a curious hybrid between a rocking chair and a hammock. Last note of value, the numerous carpets, characterized by an extremely personal and unconventional touch. 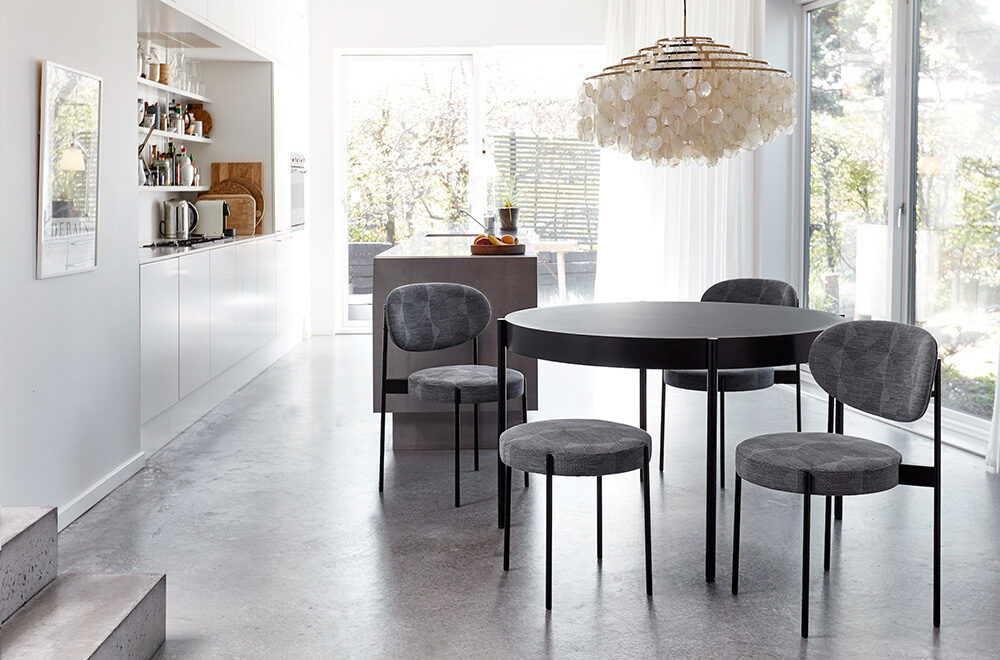 The history of Verpan is based on the artistic and design genius of Verner Panton, to whom the company entirely owes its production. An accurate study, not only technical but also historical, makes possible the process of re-edition and adaptation to new production technologies, giving life to contemporary-classics that follow the original inspiration while offering a product in all respects at the forefront. 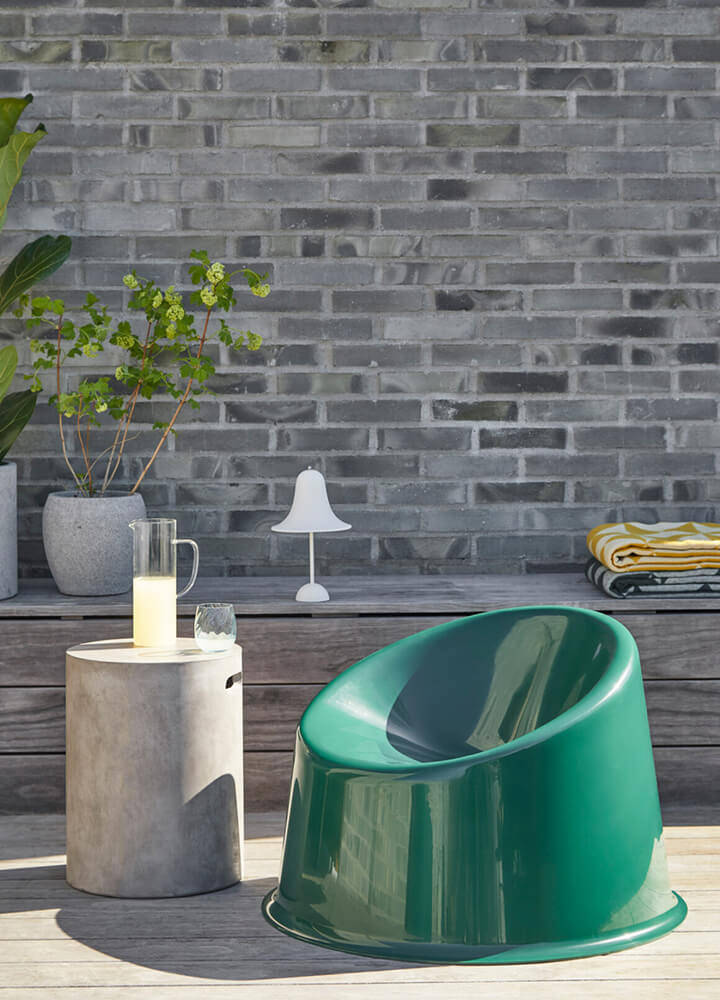 Salvioni Design Solutions is an official dealer of the Verpan brand, of which offers icons and novelties in its showrooms in Inverigo, Milan and Lugano. The careful selection proposed is placed in dedicated spaces where the exquisitely personal taste of each proposal can be seen.