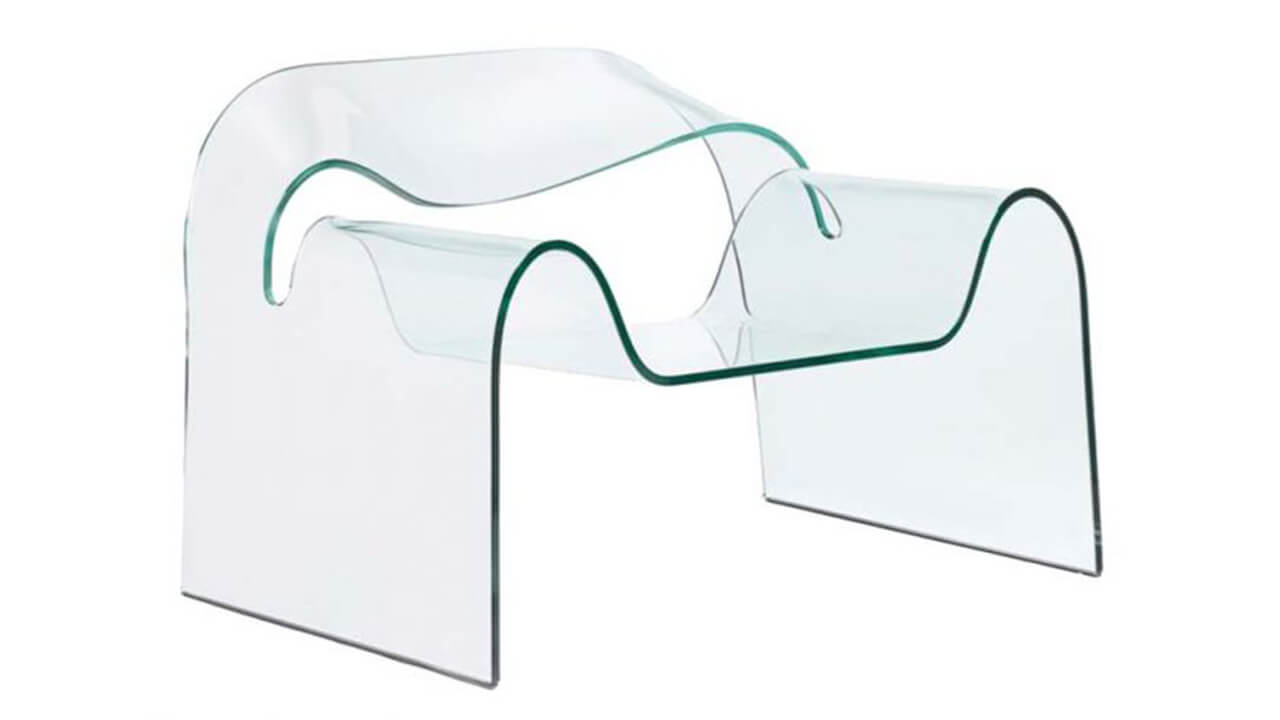 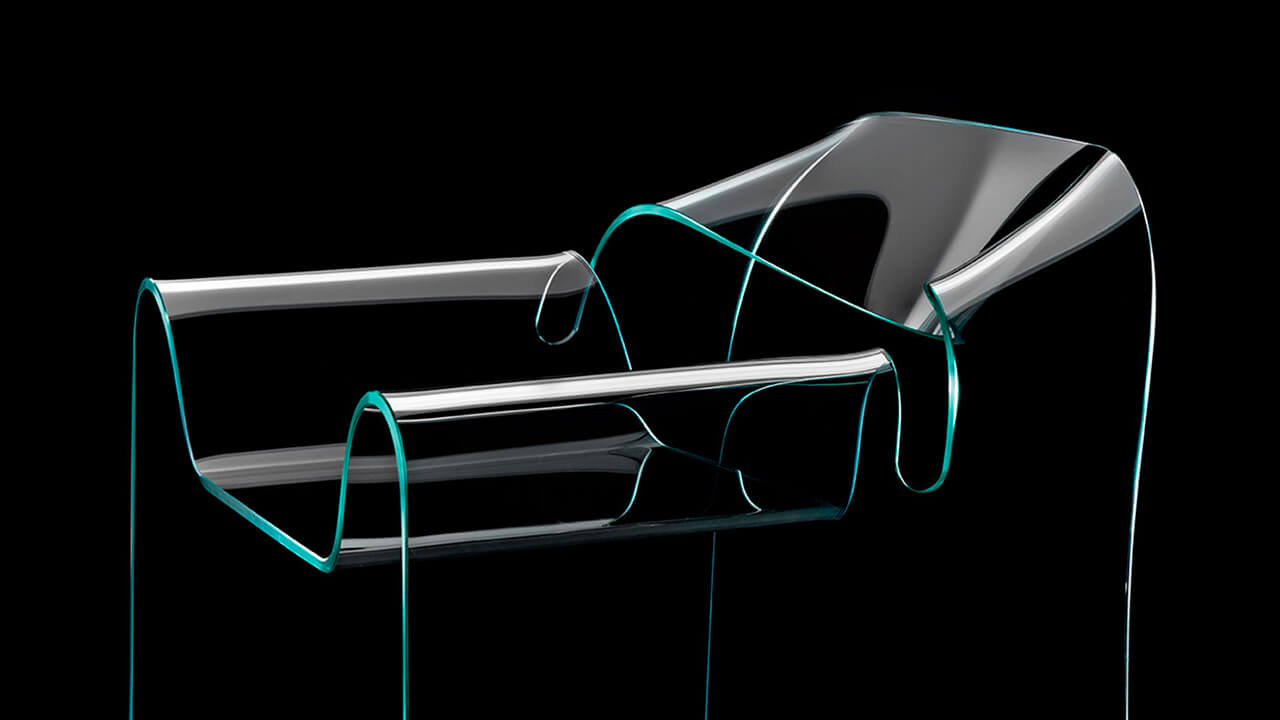 Ghost is an impossible armchair: a phantom seat. It is the first armchair in the world entirely made of glass, with a very light and incorporeal appearance, which leaves those who sit there the impression of floating in the void. An amazing project, almost surreal, which brings to fulfilment the great dream of the Bauhaus masters to create an armchair with an invisible frame.

It was designed by the Milanese architect Cini Boeri, based on an idea by his assistant Tomu Katayanagi, who convinced her to undertake this seemingly crazy project by making a paper model and letting her glimpse the harmonious and fascinating shapes that the armchair would have had.

The great expertise with glass of Fiam company and of his owner Vittorio Livi was fundamental for its realization, in fact after two years of their constant experimentation they were able to create the technology suitable for its production. The armchair is made from a single sheet of solid glass, engraved and cut with a jet of water under pressure, then heated in a tunnel oven to be made malleable enough to reach the final shape.

Despite the soft shapes and the limited thickness – only 12 mm – the armchair is able to support a considerable weight, up to 150 kg. It was presented to the public at the Salone del Mobile in 1987, immediately obtaining great success and being awarded as the most innovative product of the fair of that year. It is now part of the collection of many museums, including the MoMA in New York and the Milan Triennale. 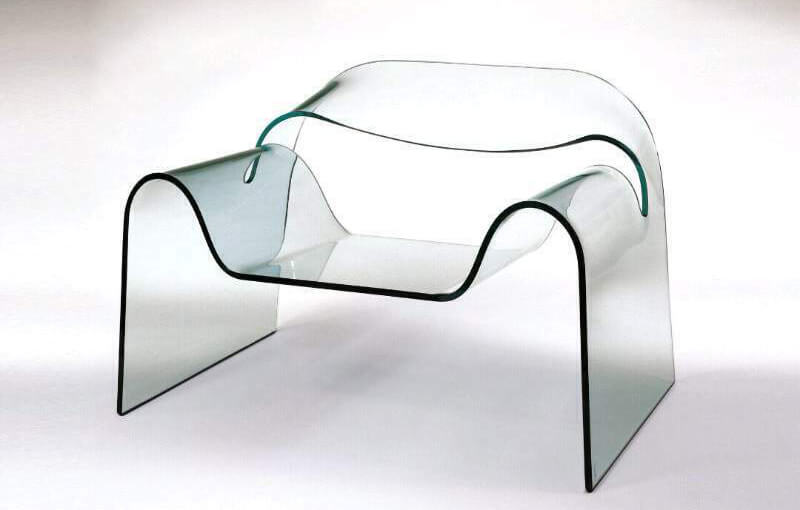 Ghost seems to be the petrification of a ribbon of water, almost the abstract solidification of an idea, where technology can rhymes with poetry