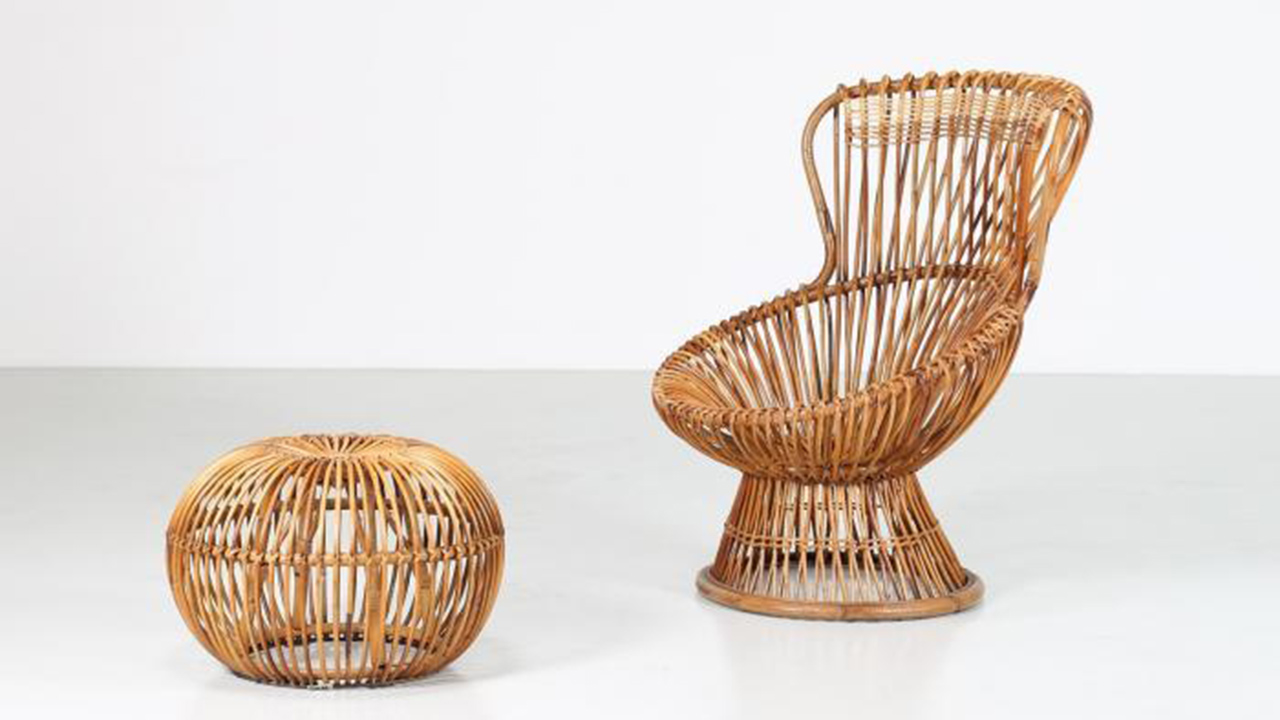 The Margherita armchair by Bonacina 1889 represents one of the milestones of Italian design and one of the best-known creations of the great master of Rationalism Franco Albini, who made it in collaboration with Gino Colombini.

With Margherita Albini he almost creates a tribute to the tradition of popular craftsmanship, elevating a traditionally poor material and making it a part of a formal research in line with the experiments conducted overseas by the Eames or by Eero Saarinen. While the latter concentrated on plastic, which for him moulding required expensive machinery difficult to find in an Italy that had just emerged from the Second World War, Albini instead recovered the traditional hand technique of the basket makers, however combining it with refined engineering principles.

Thus, an almost dematerialized armchair was born, which goes beyond the traditional dichotomy between structure and covering, giving the support elements also dignity of decoration and obtaining a game of full and empty spaces that somehow recalls the creations of Harry Bertoia. The armchair consists of four rattan crossbows with bark which form the main axis to which a dense weave in India cane is attached which gives shape to the armchair. The seat is made more comfortable by a round cushion with foam padding.

Margherita’s project was commissioned to Albini by Rinascente of Milan and it was created by the craftsman Vittorio Bonacina from Brianza, whose company still produces the armchair today. Margherita was presented at the IX Triennale in 1951 in an environment entirely composed of rattan furnishings designed by Albini, including the Gala armchair, and obtained the Gold Medal on that occasion. In addition to the natural rush, the Margherita armchair is also available with a lacquering in various colours. 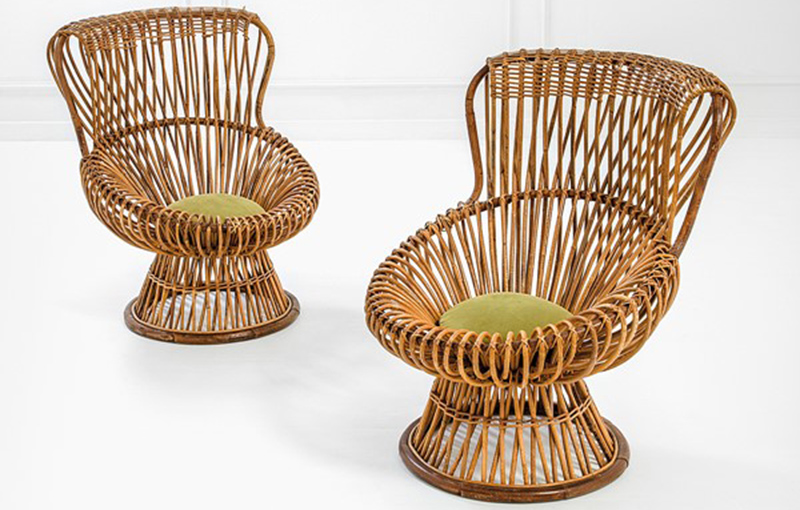 Modern architecture does not consist in the use of new materials and construction procedures, but all construction methods are valid at all times, as long as they are logical and still efficient