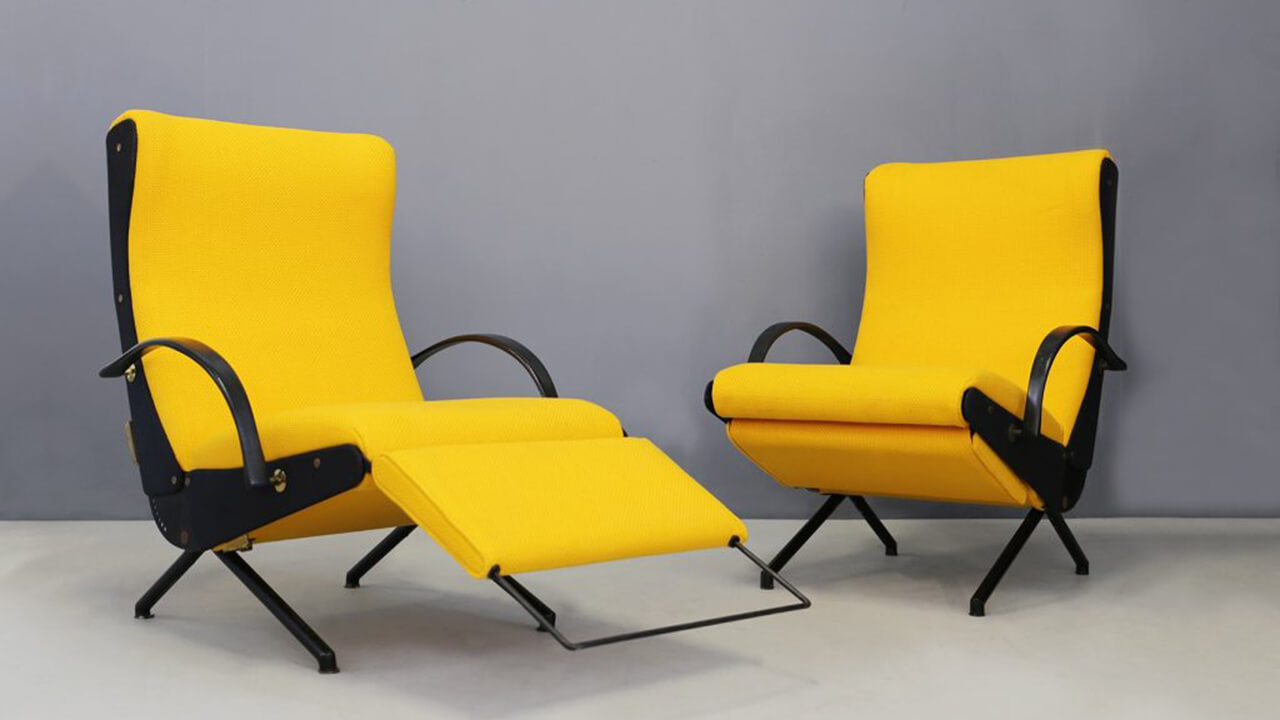 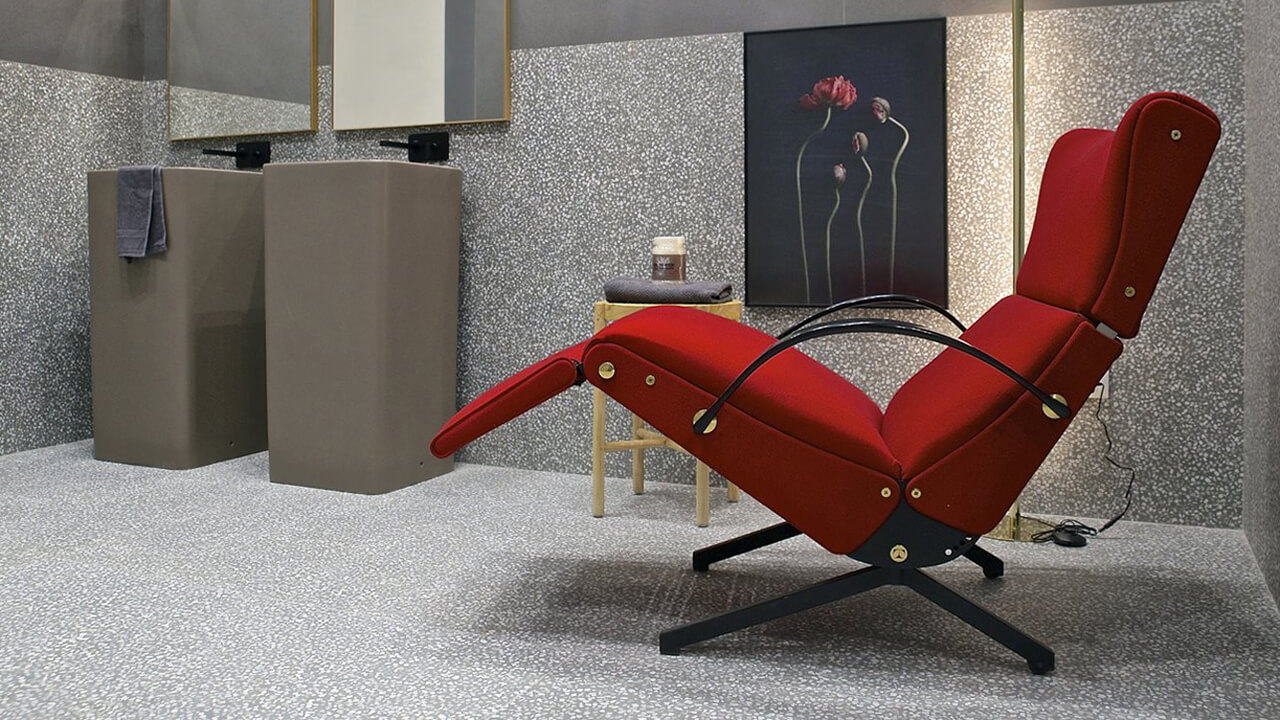 Among the most famous creations of Osvaldo Borsani, Tecno’s P40 is a reclining armchair that makes its strength its extreme versatility: it can in fact take up to 486 different positions, opening like a fan to form a real chaise longue or closing completely on itself for easy transport.
It is composed of four sections with independent movement: two for the backrest, one for the seat and a practical footrest that can be folded under the seat to assume a more rigid and composed position. The technically refined mechanism is also emphasized from an aesthetic point of view as the real protagonist of the armchair: the joints and hardware dot the two sides of the armchair and they are highlighted by the brass or nickel finishes.
The armrests, in steel and rubber, flex to support the armchair in all its movements. The upholstery is available in both leather and fabric, while the structure is in metal painted lead-gray color or in satin metal. Conceived initially for domestic use, P40 has also achieved enormous success for use in offices, particularly in executive environments.
The P40 armchair, which has now become a real classic, was designed by Osvaldo Borsani in 1955 as a completion of the reflections on the transformability of the furnishings that began a few years earlier with the D70 sofa. It is based on a concept of technology applied to design which is also the backbone of all the rest of the Tecno collections, a company founded by Borsani in 1953 as an evolution of the paternal workshop, which in turn was very famous in the pre-war period for the creation of furniture on measure. 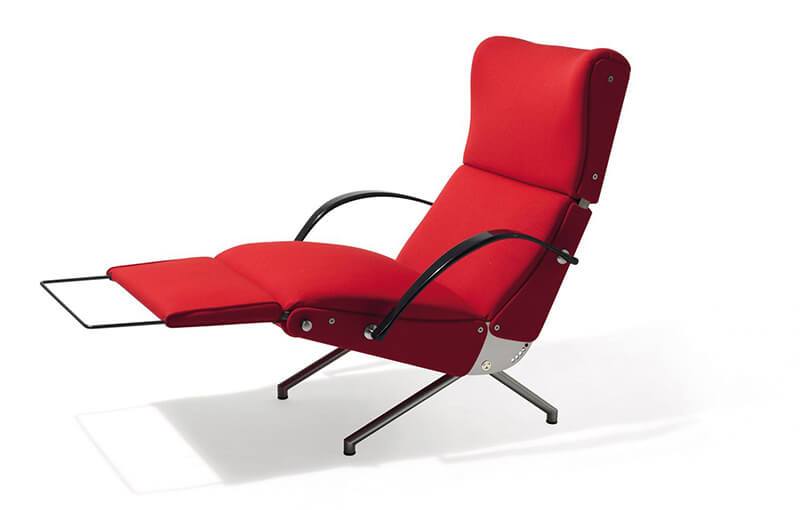 Osvaldo Borsani has done everything: he has designed, created unique pieces such as sculptures, he has conceived systems for mass applications