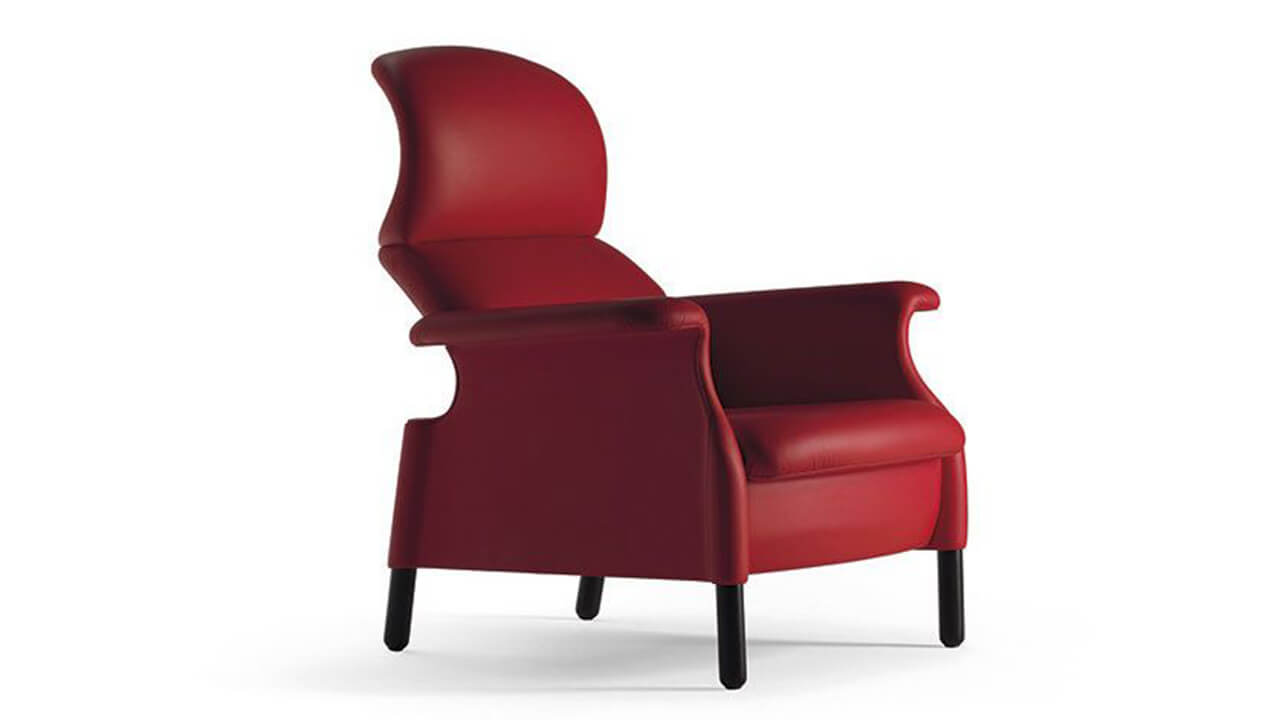 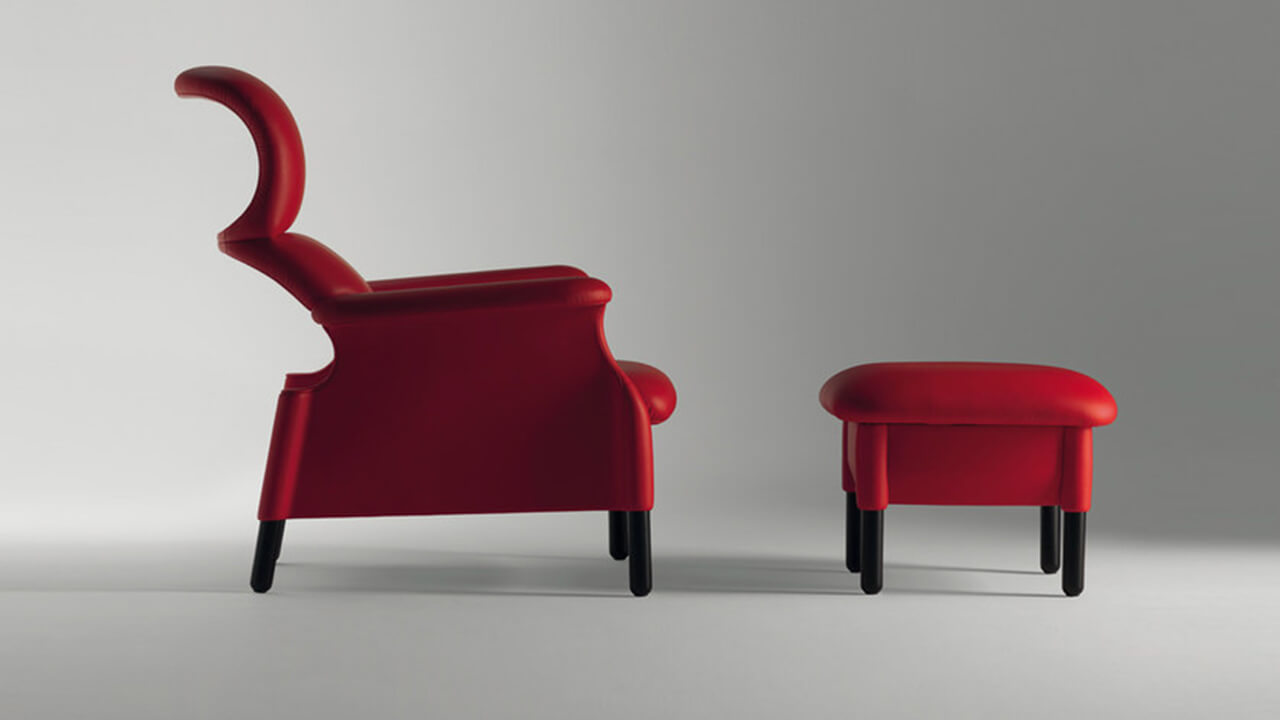 The Sanluca armchair by Achille and Pier Giacomo Castiglioni, produced by Poltrona Frau, represents a turning point in the relationship between Italian design and the world of upholstery, with its balance between tradition and avant-garde. Seen from the front, it almost looks like a classic eighteenth-century style armchair, with rounded and abundant shapes, but looking at it in profile you can see that its volumes have been stripped down to the essentials, in a game of curves poised between Liberty and futurism.
These peculiar shapes are also the result of a great deal of research on ergonomics, so that the different parts of the body can adhere as comfortably as possible to the structure of the armchair. The final result is dynamic and elegant at the same time, creating an armchair with a strong personality that can be easily placed both in environments with a classic taste and in spaces with a more contemporary touch.
Sanluca proved to be immediately innovative also for the production techniques: unlike the traditional armchairs, for which the internal structure was initially entirely assembled and only after it was covered, Sanluca consists of three distinct elements – headrest, backrest and seat – in which the covering is applied individually to the polyurethane padding, to then be fixed to each other at the base.
The latter today consists of a wooden frame, while in the first version it was made of metal. Four well-turned feet emerge from it, in wengè-stained ash or canaletto walnut. The padding can be made in the different types of Frau leather or also in fabric. The Luca footrest pouf, designed by Achille Castiglioni in 1991, can be associated with the armchair for greater comfort.
For the more traditional aspects of the design of their Sanluca, the Castiglioni have repeatedly declared that they were inspired by an old Frau armchair that they had at home. The production history of the armchair is fascinating and troubled: it is in fact the result of the close synergy between the Castiglioni brothers and the entrepreneur Dino Gavina, who made a great contribution to his concept and chose it as one of the very first pieces produced by his Gavina spa in 1960.
When in 1968 the Gavina was taken over by Knoll, it was the great American giant to continue its production, until in 1991 the rights were sold to Bernini, a prestigious Brianza cabinetmaker who will carry out a slight revision of the original model under the direction of Achille Castiglioni for accentuate its luxury and comfort features. In 2004, a few years after Achille’s death, the circle closed: the production of the armchair passed into the hands of Poltrona Frau, reuniting the imaginative experimentation with the authors of the artisan excellence that had been the model.

A good project does not come from the ambition to leave a mark but from the desire to establish an exchange, even a small one, with the unknown character who will use the object 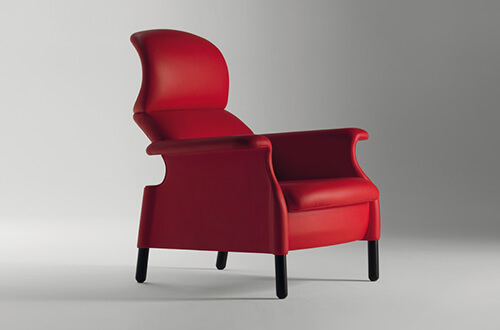 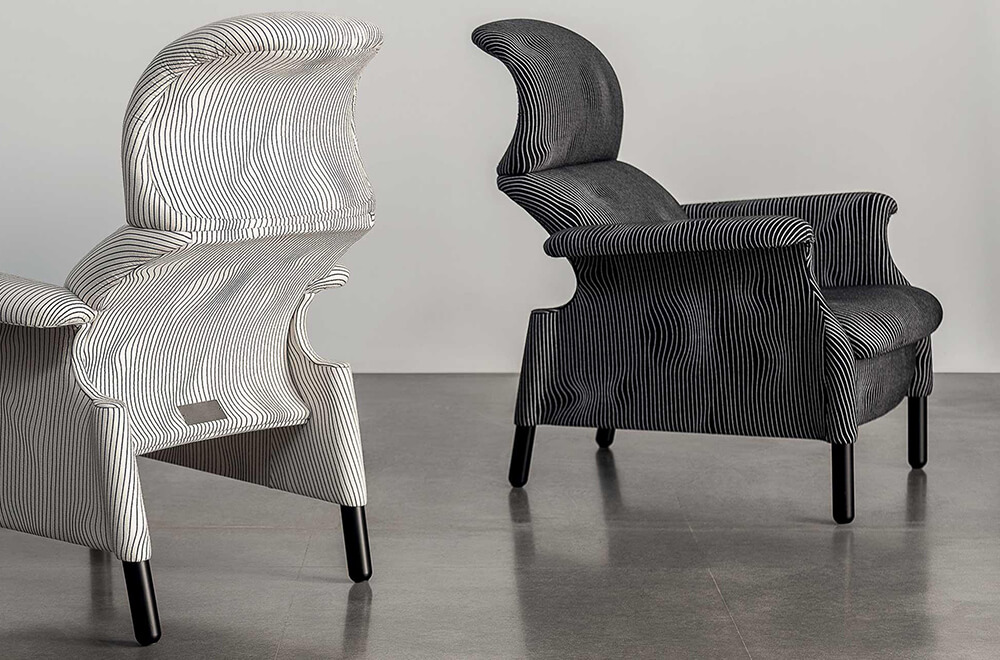