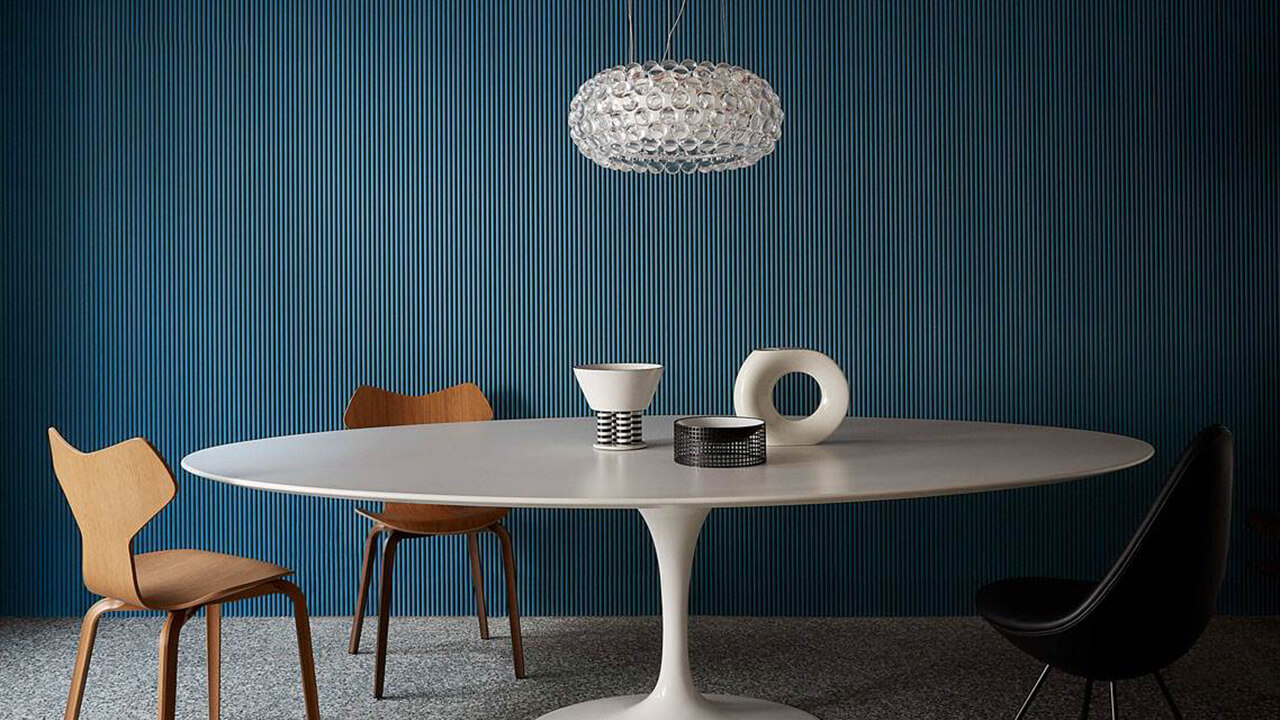 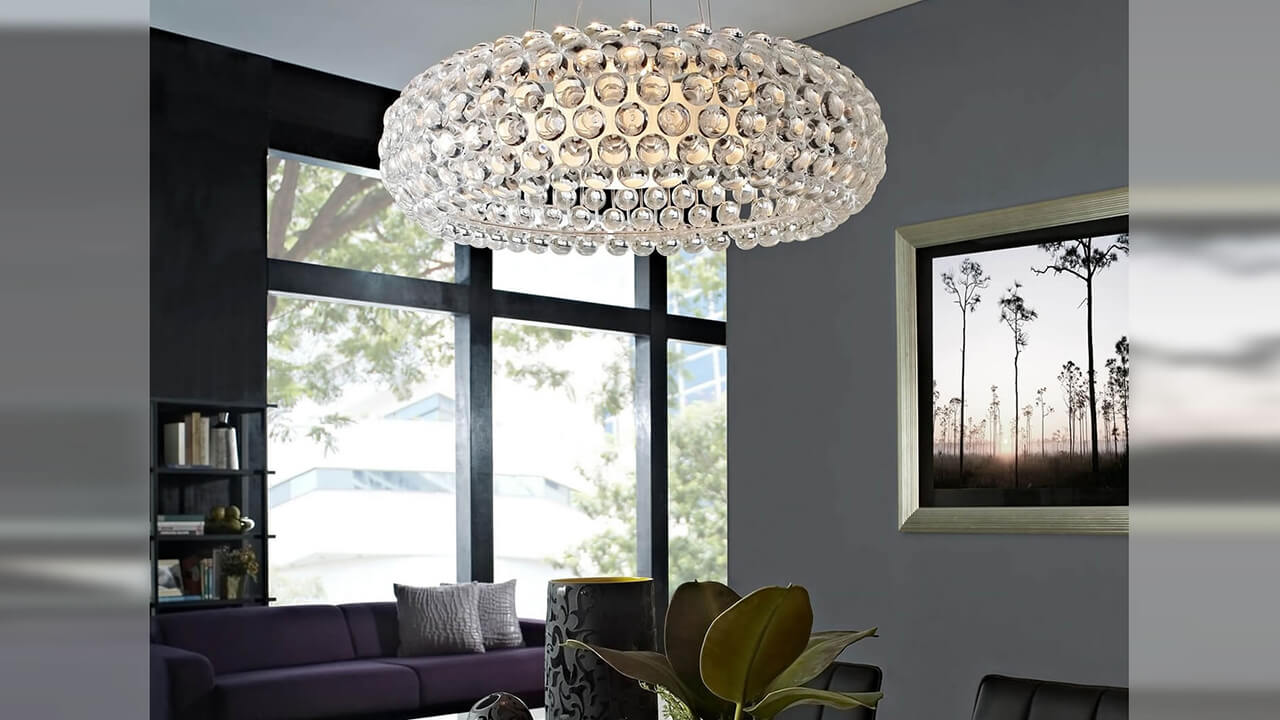 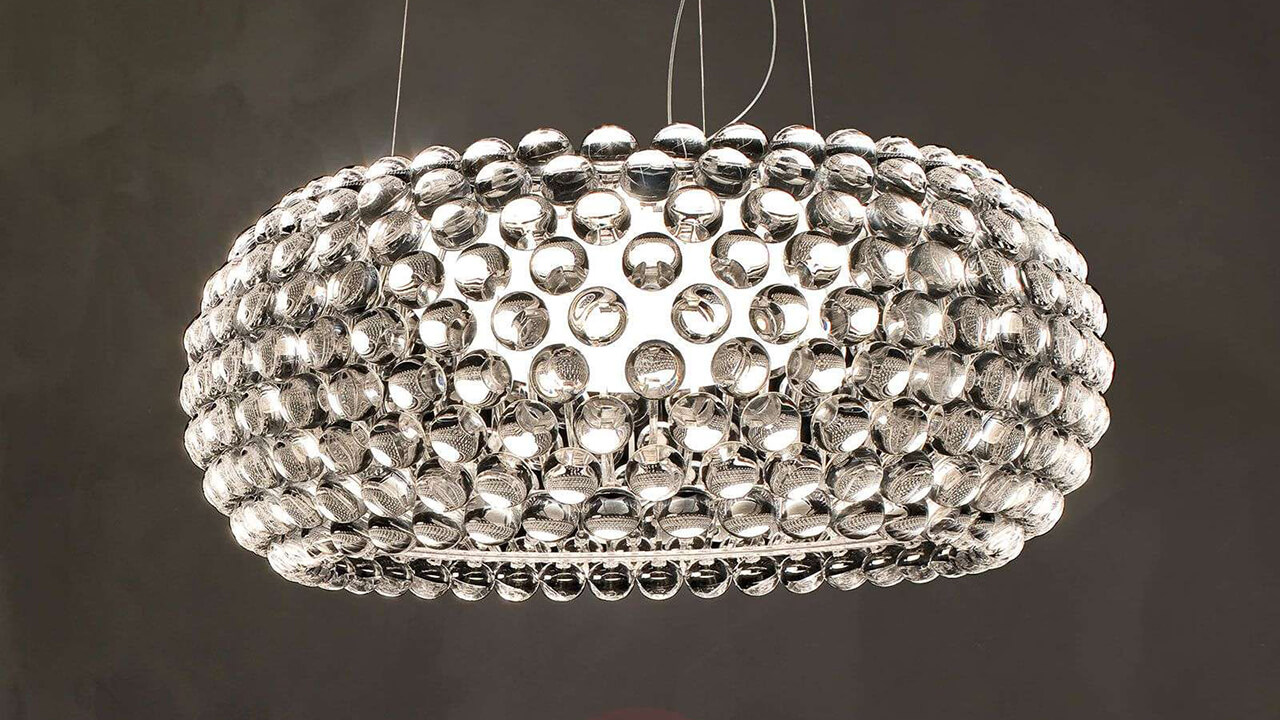 The Caboche lamp by Foscarini is proposed like a modern version of the classical Venetian chandeliers. Precious and brilliant as a precious gem, with its mosaic of Caboche refractions, when turned on, it almost becomes a luminous jewel. The name itself refers to the jewelry world: in that area  “Caboche” defines a  particular diamond cutting technique.

It was designed in 2005 by Patricia Urquiola in collaboration with  Eliana Gerotto,  who for their shapes drew inspiration from an old bracelet from the 1930s purchased during a trip.

The lamp is composed by a myriad polymethacrylate spheres assembled around the ring, at the center of which the lighting source is placed that can be led or incandescent. At the moment of switching on, the light refracts on the small globes, spreading in every direction and illuminate the environment at 360 °.  It is also available in a version with a golden yellow  finish, which at the moment of the refraction enriches the light with sparkling  golden reflections.

Caboche gets its best in the suspension lamp version, variant for which is available in three different sizes. Like many of the Foscarini chandeliers, it can be composed of a combination of suspensions hooked onto a unique rose, thus creating a real light cascade.

In its floor and table versions, the ring- diffuser is supported by a structure in aluminium painted color white, while in its ceiling variant it is hooked directly to the ceiling.  Caboche is finally available in wall version, in which the ring is cut in two and it forms a semicircle that attaches to the wall. 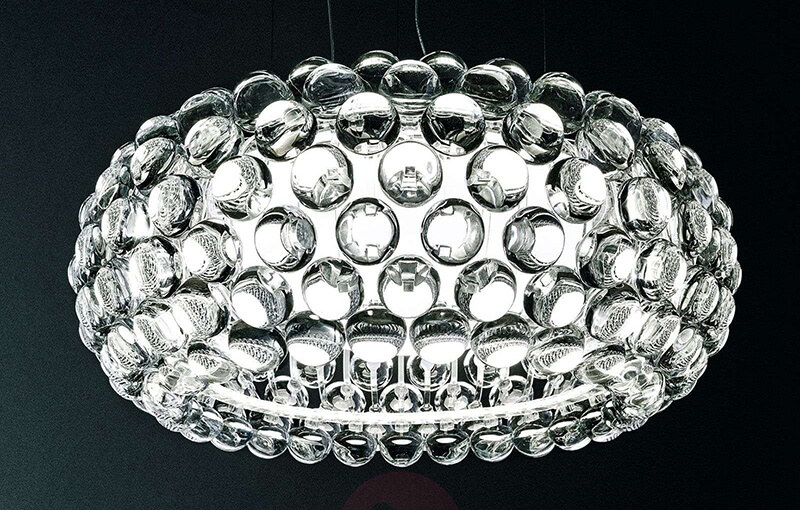 A modern version of the classical Venetian chandeliers