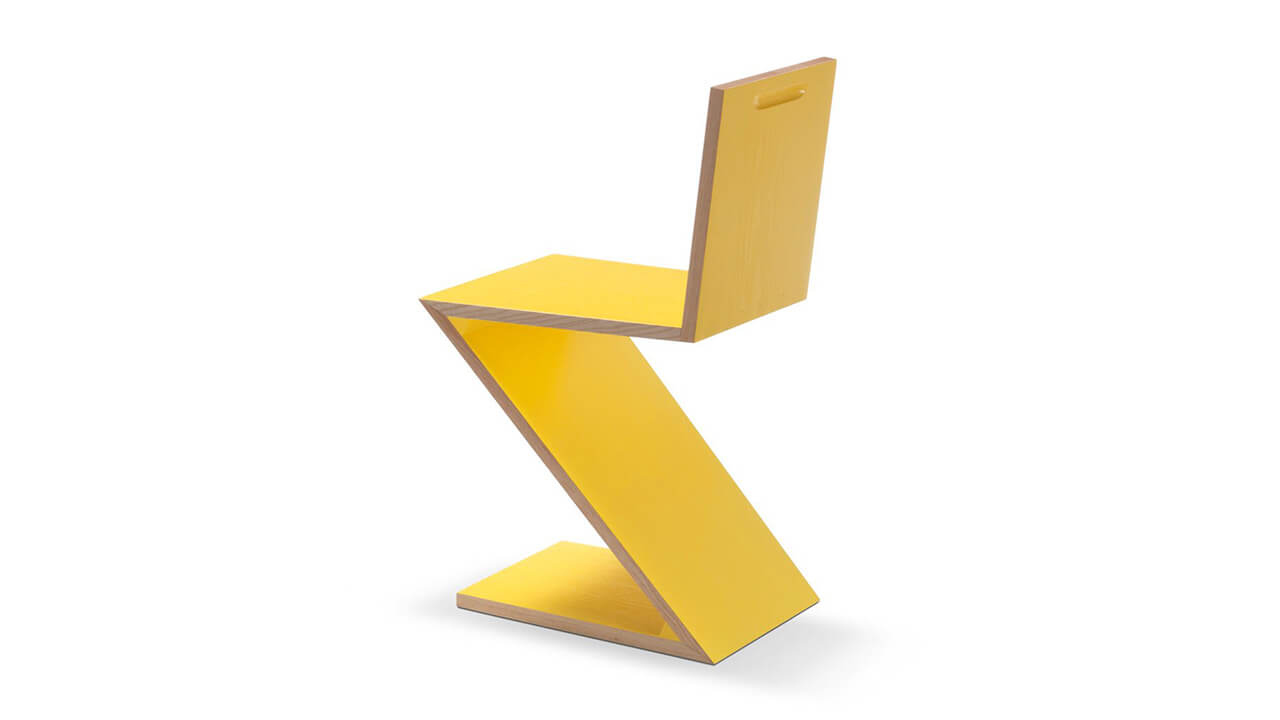 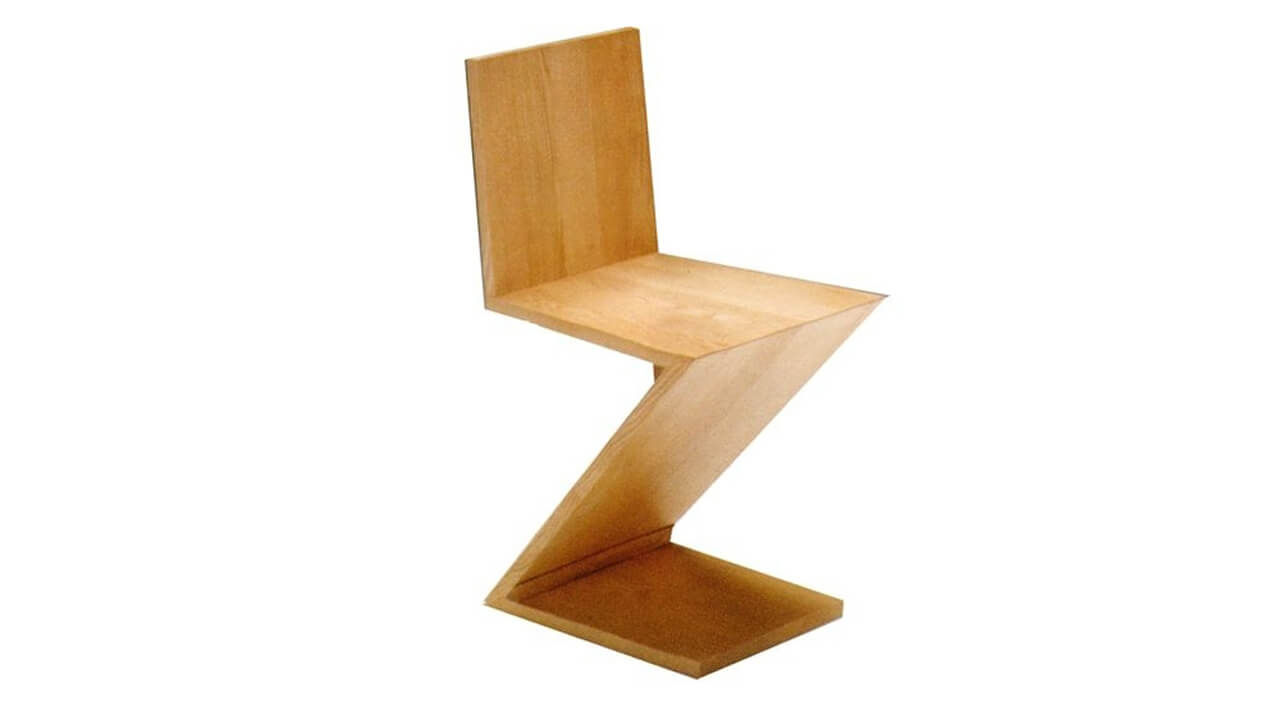 Cassina’s Zig Zag is a chair with disarming simplicity: in profile, its shape is reduced to that of a simple broken line of minimalistic purity. Perfectly geometric and rational, it is one of the vertices of Gerrit Thomas Rietveld’s poetics, a masterpiece of balance in proportions. It is made only of four wooden panels, assembled together with dovetail joints.

Base and seat are connected to each other by a single oblique panel, thanks to the intersections reinforced by small triangular crosspieces. The back stands out vertically and it has a small groove on the back which makes the chair easier to move. Apparently uncomfortable and unstable, the Zig Zag chair turns out to be perfectly functional.

Rietveld was a cabinetmaker, even before being a designer, who loved to play with shapes and materials, pushing himself to reinvent the idea of a chair as if he had never seen one before. He was inspired in his creation by the theories of Theo Van Doesburg, maitre-à-penser of De Stijl movement, who hope for the introduction of oblique lines in the furniture, in order to compensate for the contrasting tension of the horizontal and vertical elements in the interior spaces. The chairs cantilever were another inspiration source, which were developed by Bauhaus in the previous years, also without legs or armrests.

Rietvled’s aim was actually to create an industrially achievable chair with a single slab of material, but the technical skills of the time made it impossible. Nevertheless, the chair Zig Zag – produced for the department store Metz & Co. in Amsterdam and for the Van de Groenekan in Utrecht since 1934 – was a great sales success and Rietvled put it in almost all his interior project.

In 1973 it became part of the Cassina catalog in the “I Mestri” collection, being re-proposed in a cherry or ash wood version. Cassina also offers variants in bright colors typical of De Stijl, open pore lacquered to enhance the veining of the wood. It is still very popular among interior designers today, often being used as a breaking element alongside more decorative furnishing. 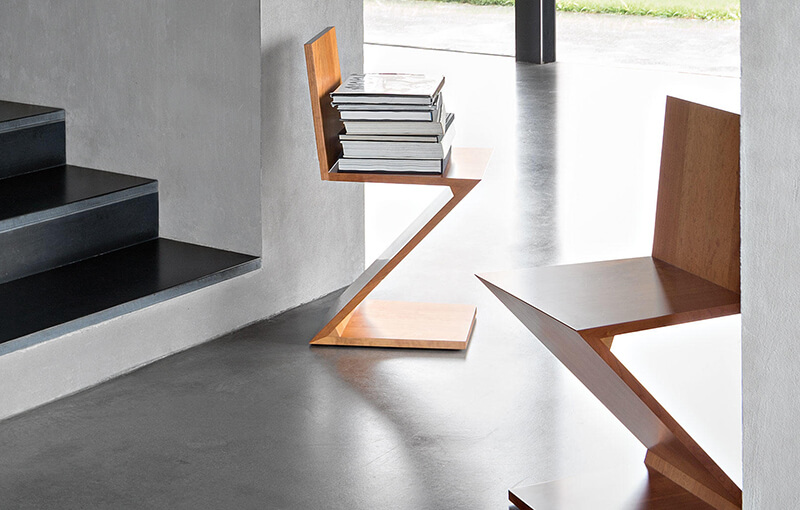 It is not a chair, but a designer joke