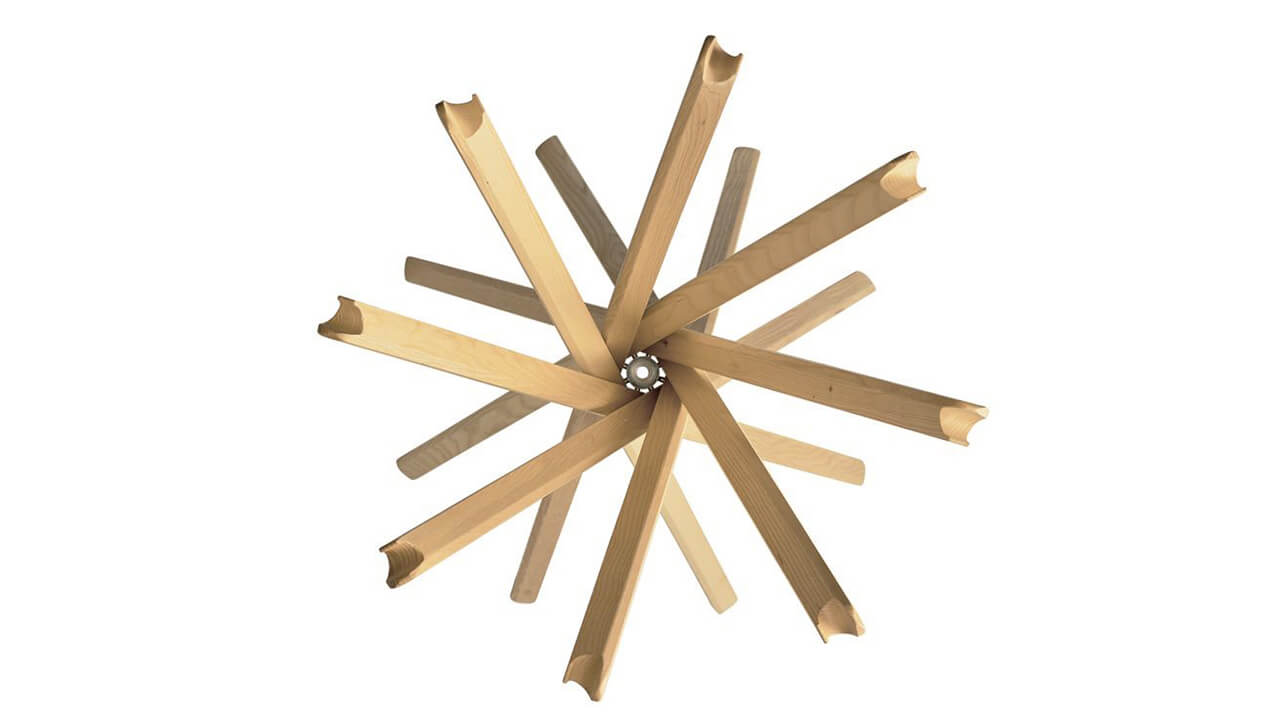 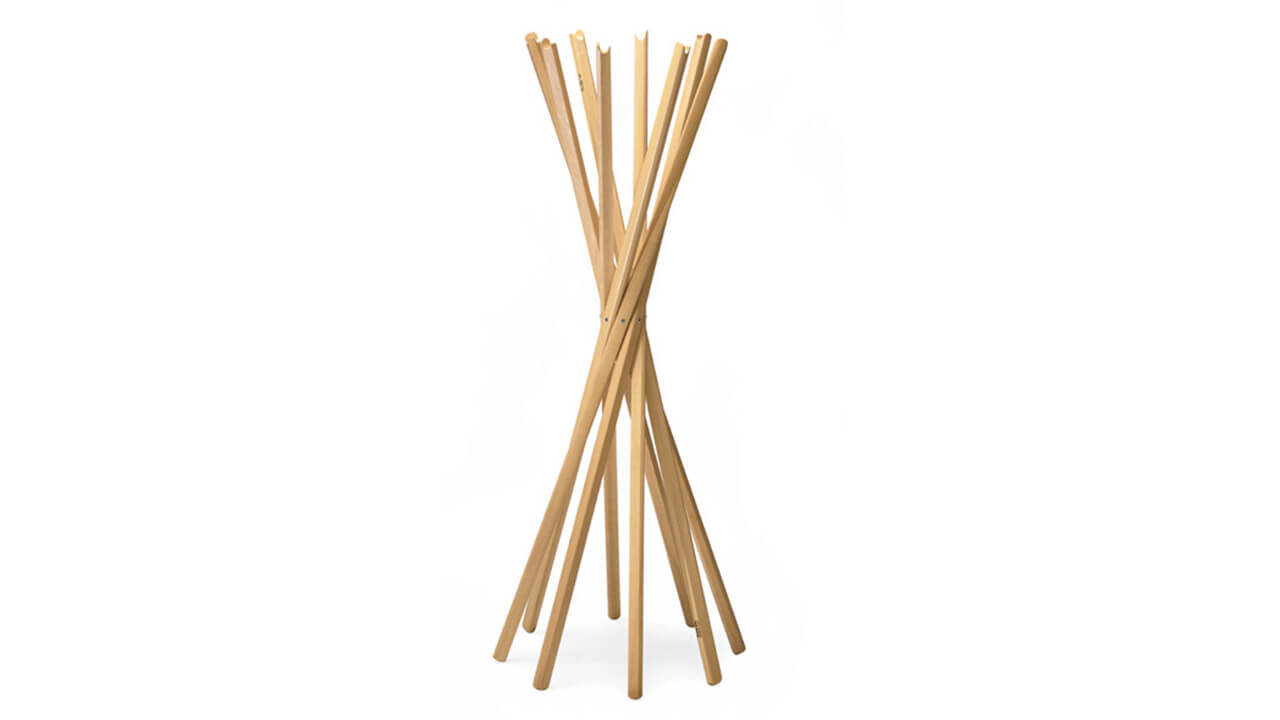 The Sciangai clothes hanger by Zanotta, designed by the trio De Pas-D’Urbino-Lomazzi in 1973, is the development of a simple but ingenious idea: a bundle of wooden slats fixed by a central joint that open in a spiral, like if they were the sticks of the famous Chinese game to which the name refers with irony.
Jonathan De Pas, Donato D’Urbino and Paolo Lomazzi were among the most innovative designers of the pop design era at the turn of the 60s and 70s and found in Zanotta a perfect bank for their seemingly crazy creations, such as the famous inflatable blow chair. Unlike other experiments, Sciangai has an ingenious and essential elegance that makes it very current even today.
Sciangai can be closed, with the eight slats which form a compact vertical beam and which, when released, see their fall movement stopped by the eight-way joint positioned just above the middle of the axes. In this way the ground support surface is slightly wider than the upper crown, ensuring greater stability.
The strips all culminate in a rounded gap, which allows you to hook clothes with greater practicality. The coat hanger is available in the Zanotta catalog in the following versions: natural, gray, white, black or bordeaux stained oak. Sciangai, awarded with the Compasso d’Oro in 1979, is part of the collections of many important museums around the world, such as the MoMA in New York or the Kunstgewerbemuseum in Berlin. 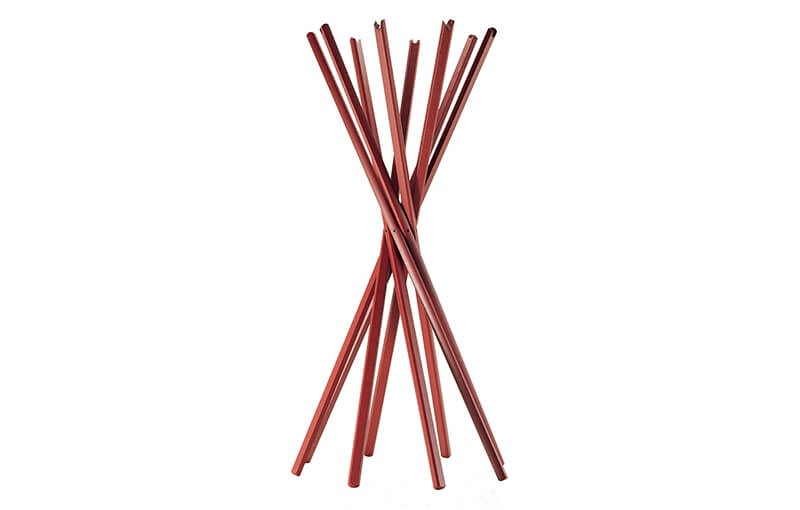 Objects must enter into a relationship with the user, and must be easy to use