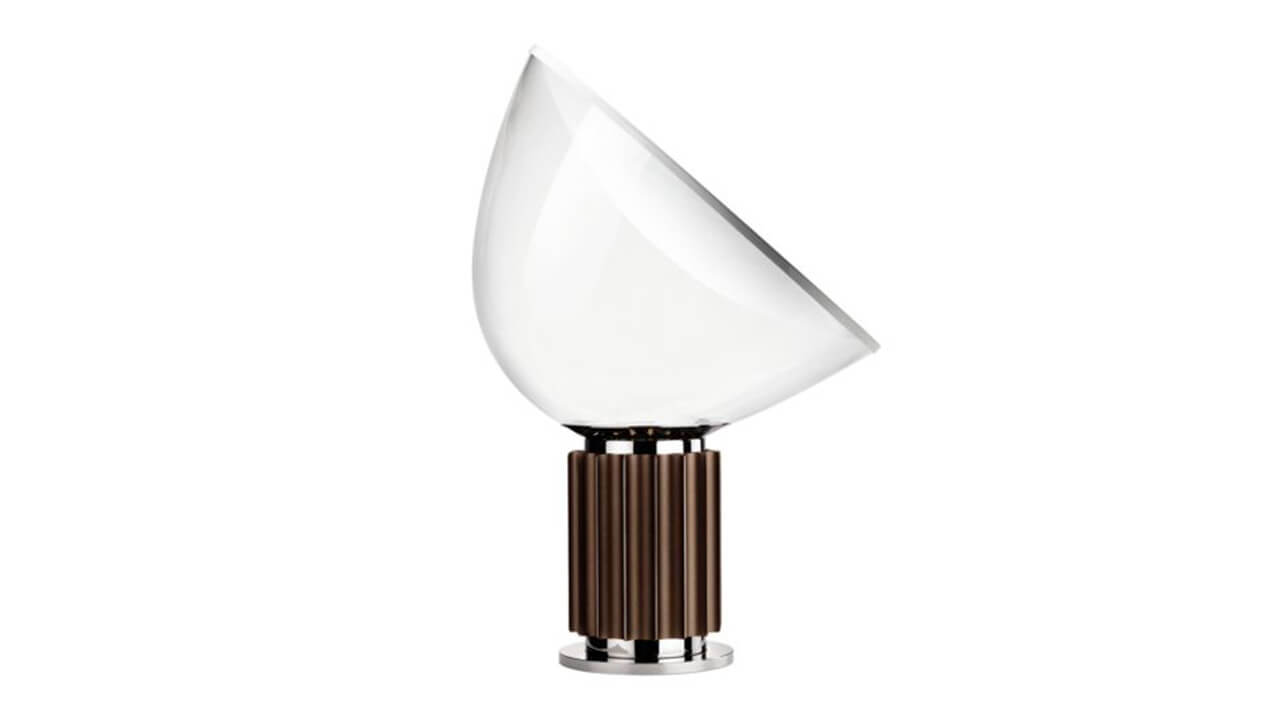 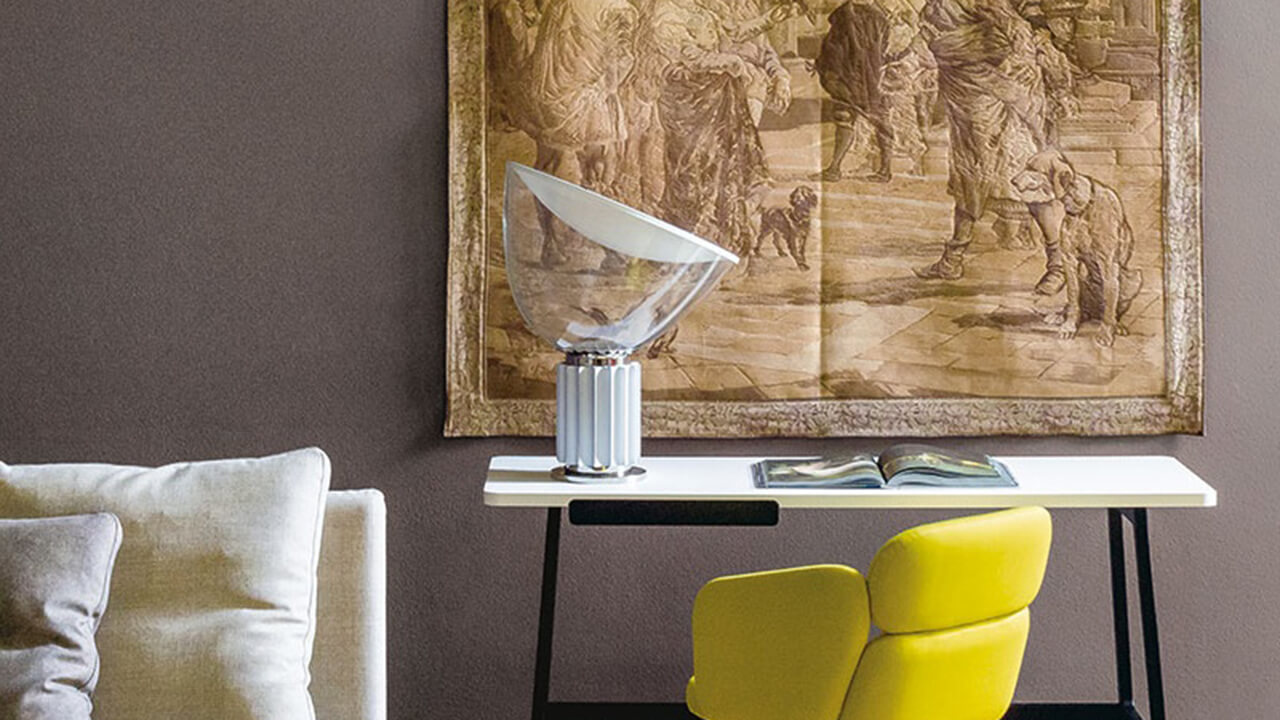 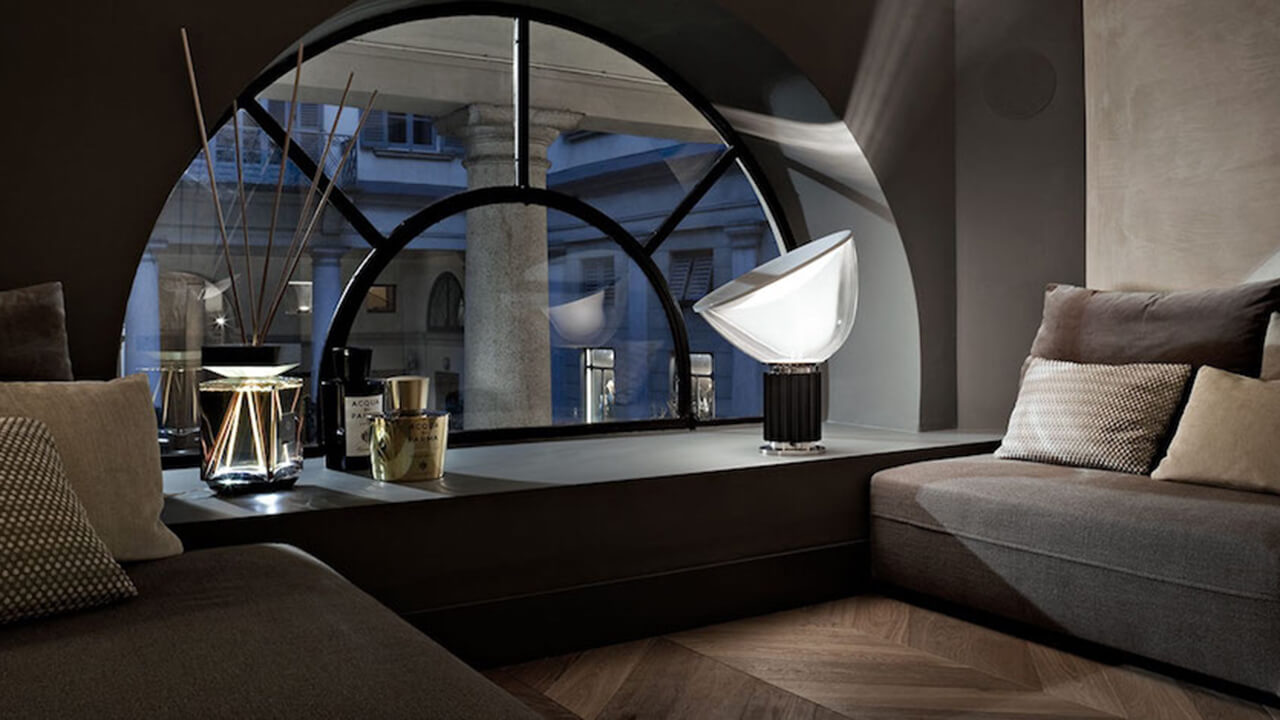 The Taccia lamp by Flos is one of the most famous lighting devices that have ever been designed. It was designed by Achille Castiglioni in collaboration with his brother Pier Giacomo and it is based on the principle of the indirect diffusion of  light, very unusual for a table lamp.

The lighting source is hidden in a metal cylinder inside the frame, in turn  contained in a support whose composed and elegant shape recalls that of a classic column. Its design  is actually inspired by that of the motors:  the air can circulate in the gap between the two structures, thus avoiding  problems of excessive overheating, preventing the hand from touching the warm lighting body.

From there the light is projected onto curved spotlight in metal painted color white, supported by a parabolic cup bell in transparent glass with the function of a diffuser that delicately radiates  the light all around. The connection between the two parts that assemble the lamp avoids any complex mechanical mechanism: the cup of the diffuser is simply placed on the base,  thus allowing  it to be inclined in any  direction and rotated 360° to direct the light at will.

The first sketches of the Taccia lamp were designed by Castiglioni as early as 1958, but it was only put into production by Flos from 1962. The bulb has now been replaced  by a led and the lamp is also available in a version with a diffuser in plastic material (PMMA) instead of glass and in a variant with smaller dimensions, called Taccia Small. 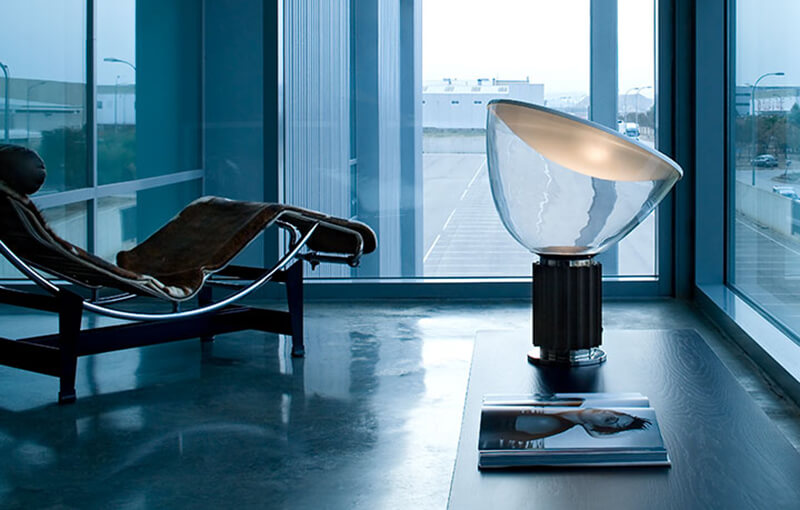 We consider it the Mercedes of lamps, a symbol of success