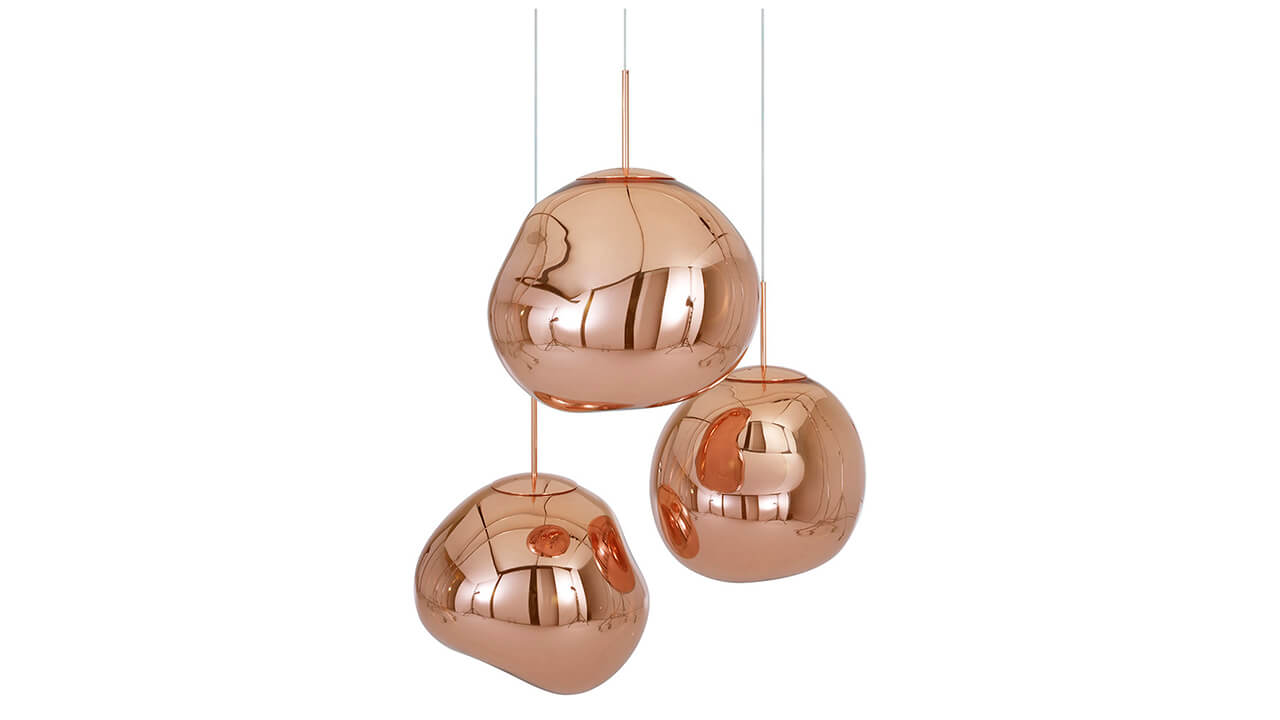 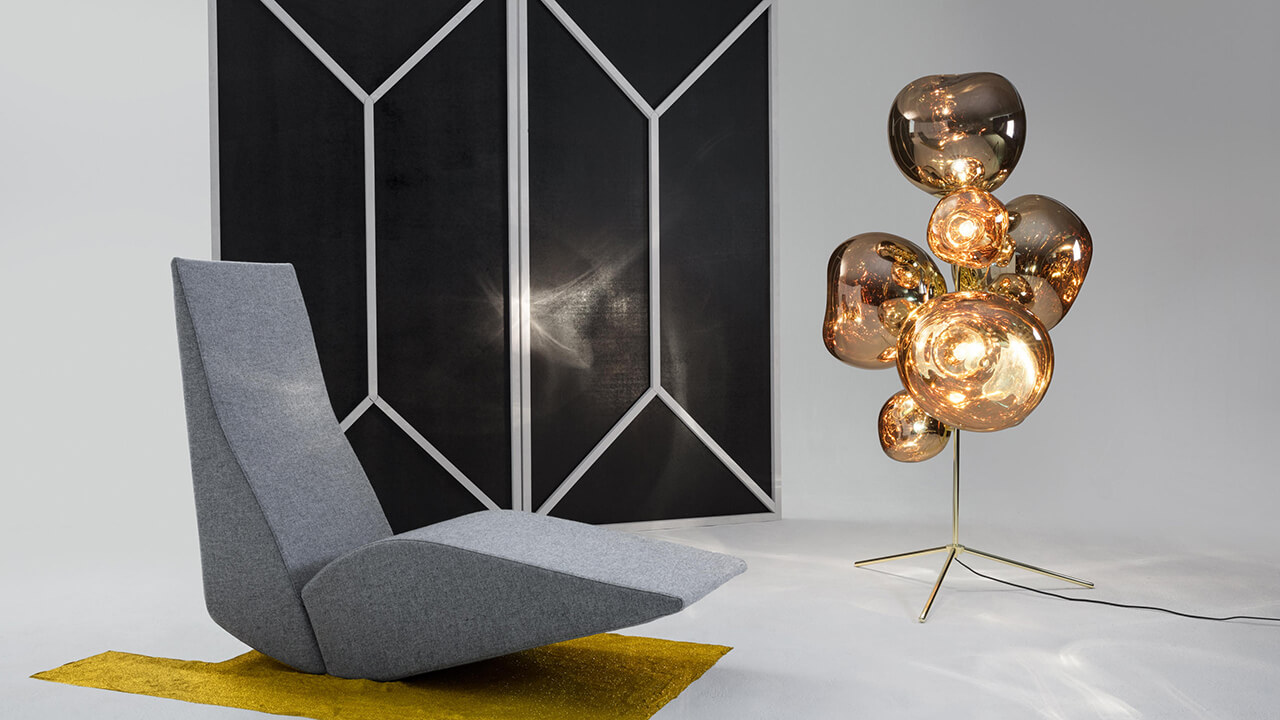 The Tom Dixon series of Melt lamps combine a highly suggestive shape, consisting of distorted spheres with an almost alien charm, with a skilful modulation of the light obtained through a process of partial metallization of the diffuser, which is so hyper reflective when the lamp is off, while when it is on it gives off translucent lighting similar to that of the sunlight reflected by the water, capable of creating an atmosphere of deep relaxation.
Melt was designed by Tom Dixon in 2014 in collaboration with the Swedish designer duo Front and it makes extensive use of cutting-edge technologies to obtain its peculiar luminous effect. The diffuser is made of a plastic polymer that takes the form of distorted spheres, with a distinctly organic shape that brings to mind images of melted glass or melting ice.
These spheres undergo a partial metallization process under vacuum: they are introduced into a metal chamber from which all the air is sucked out and vaporized metallic material is deposited on them, which condensing on the sphere forms a very thin film only 2 microns thick and responsible for the refraction of light.
The lamp is available in four different colors: two with a warmer light, in copper or gold finish, and two with an extremely cold appearance, in black smoke and chrome finishes. Melt can be declined in various versions: the Melt and Melt Mini suspension lamps, which obtain a highly scenographic effect when connected in a group to a single rose, are also available in a led version, in the same way as the Melt Surface wall lamp.
Melt Table and Melt Floor consist of a single sphere mounted on a large metallic base, while the Melt Stand Chandelier version connects numerous diffusers of different sizes on the sides and on the top of a small stem, thus composing a flashy and sculptural floor lamp. 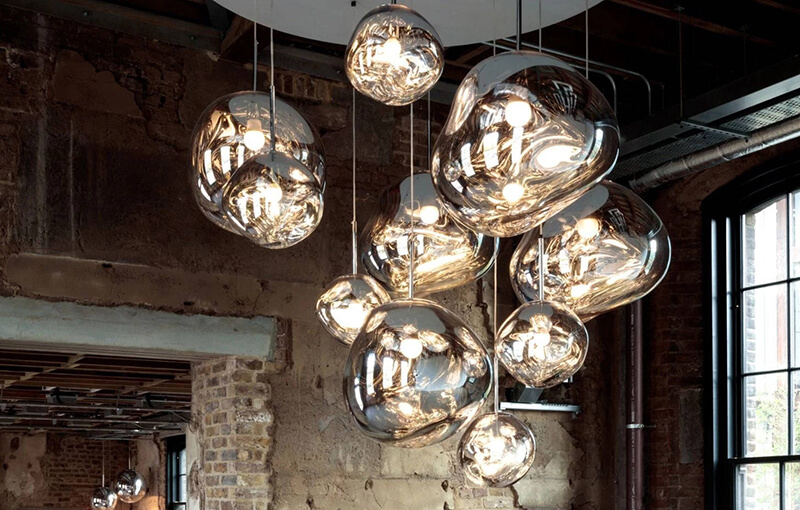 We make sure our products are durable, not just popular. This is what I have been doing since I entered the market. Furniture can be used for a lifetime 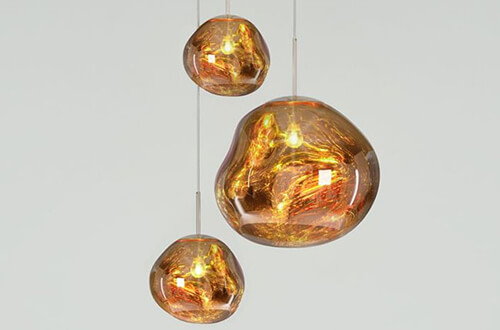 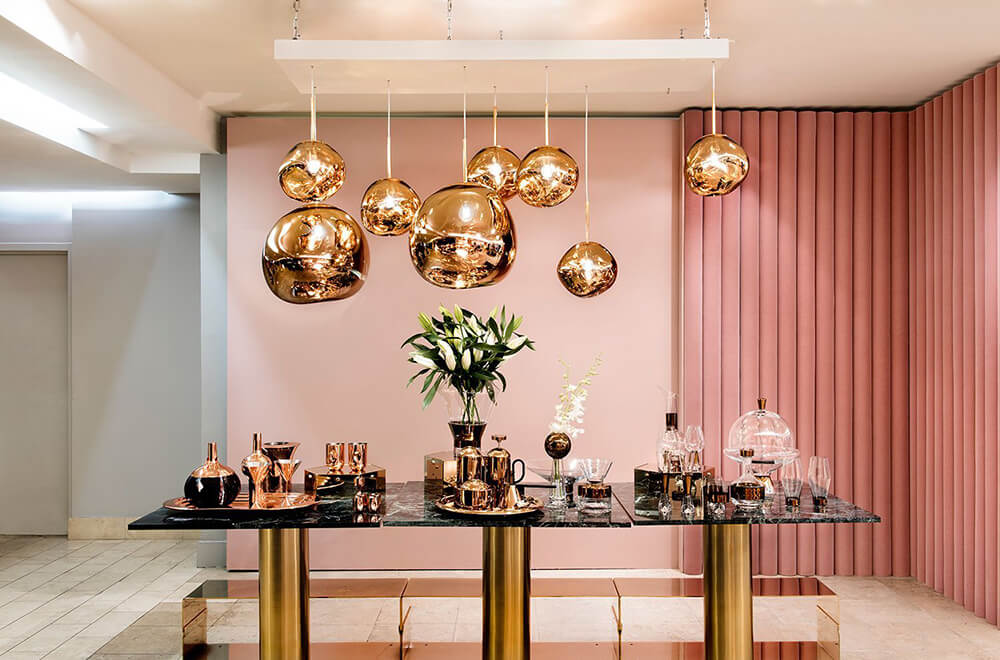