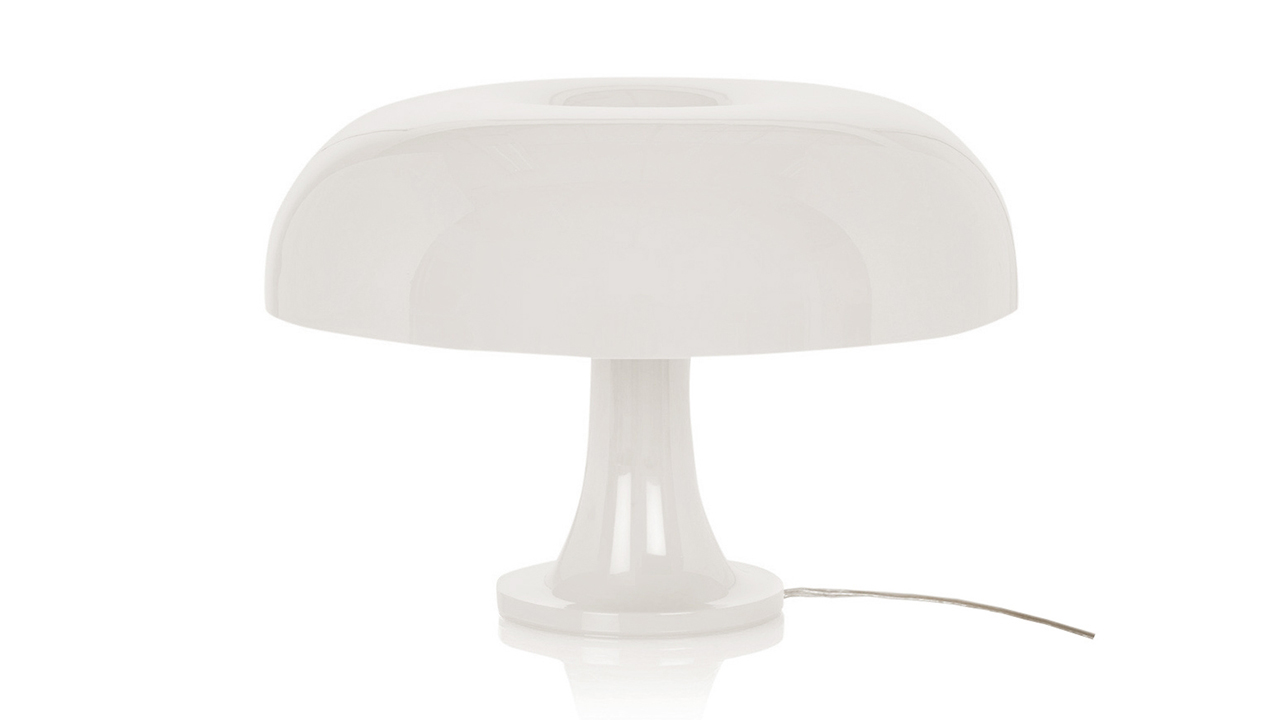 Presented in 1965 at the Salone del Mobile in Milan, the Nesso table lamp designed by Giancarlo Mattioli and the Urbanisti Città Nuova Group won the first prize in the competition launched by Artemide and the famous avant-garde magazine Domus. In general, not always winning a competition leads to immediate success, yet in the case of this object, it went exactly like that. Since its diffusion, in fact, Nesso experienced a rapid and very fortunate rise so that, laid on a table or directly on the ground, it soon became a best-seller of the 70s.

Simple and functional, Nesso embodies both the expressive soul of Italian 60s design and the creative potential of plastic associated with product design: the thin and elongated base is made of injection-molded ABS resin and die-cast in chromed molds, as well as the lampshade. Four bulbs inserted in the upper part allow to obtain a direct and diffused light, adjustable according to the need in low, medium and high intensity. The ABS resin composition of the lampshade, reminiscent of the shape of a mushroom, shields the light and directs it downwards giving voice to Mattioli’s desire to hide the bulbs from the eyes. The original orange color scheme, a brilliant imitation of a phosphorus glow, is a tribute to the Italian style of the sixties.

To the possible wall and table variants, Artemide has recently added a new Nesso of reduced dimensions, the “Nessino”, produced in many transparent colors, including red, blue, orange, gray and yellow.

The Nesso table lamp still remains a symbol of Italian design and has survived many other lamps of its time for its clarity of purpose and the way in which it declares its function unambiguously. 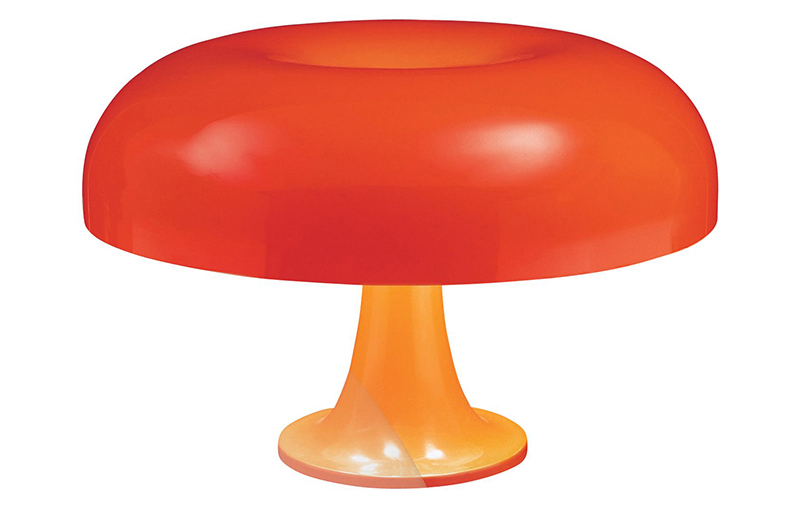 Form and function declined in the name of 60s innovation