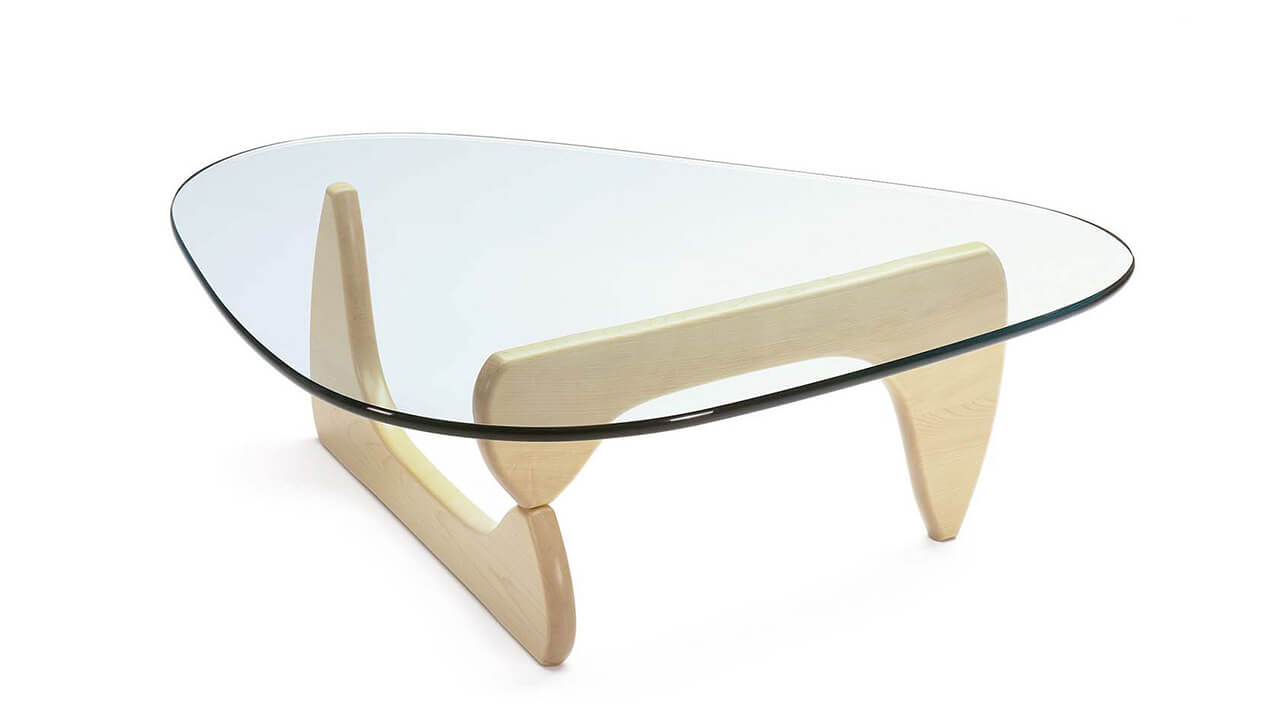 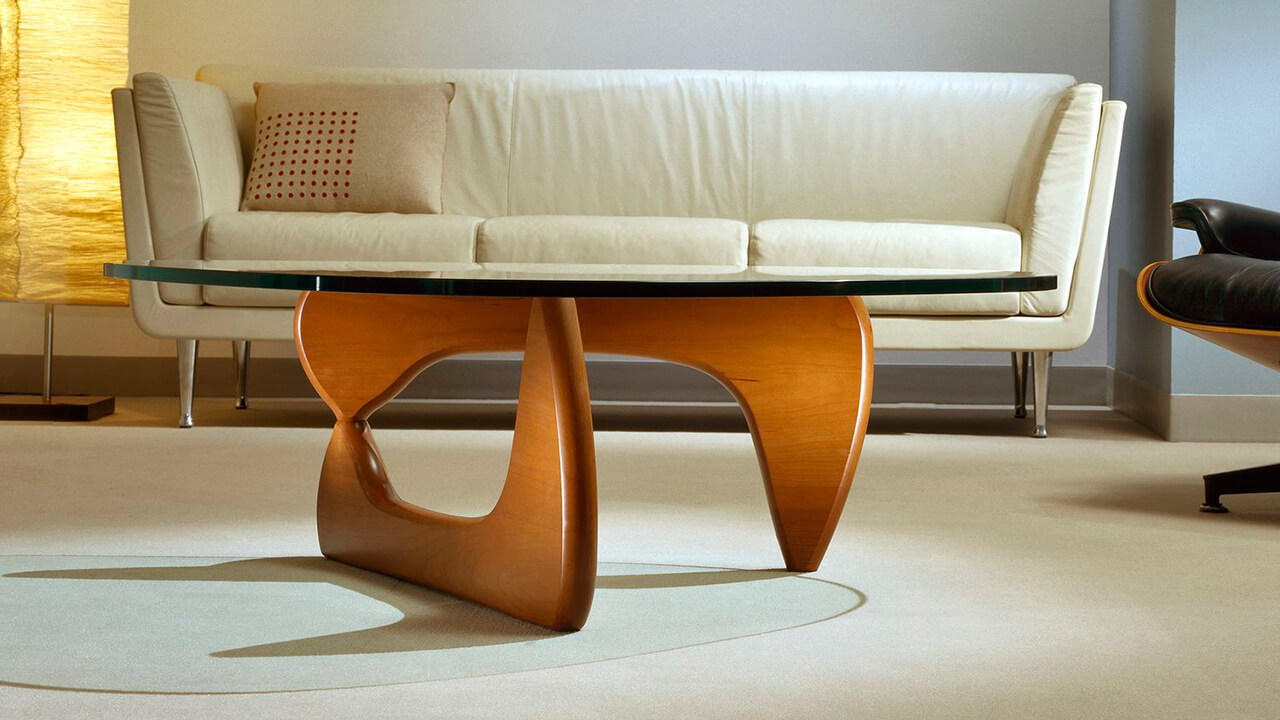 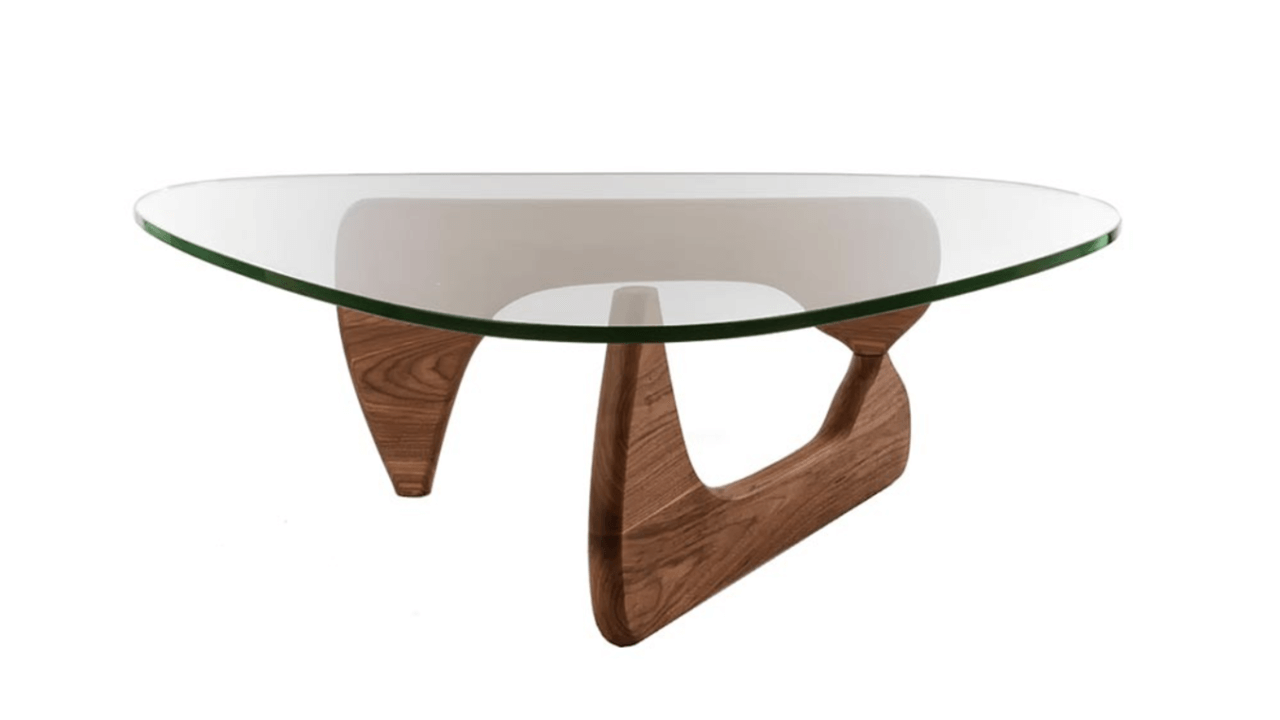 Despite his great successes in the design field, Isamu Noguchi remains a sculptor before everything. And it is really thinking of it as it was a sculpture that created the Noguchi Coffe Table, published by Vitra, that he himself considered his masterpiece. Reclaimed the marked biomorphism from his abstract statues, Noguchi models this coffee table on delicate organic shapes.

A pupil of Constantin Brancusi, the American Noguchi was born in California from a Japanese father and in his works he fused the lesson of artistic avant-garde of the early of twentieth century with the influence of Japanese art, which gave great importance to the asymmetrical harmony of the parts and from the natural reminiscences: all features strongly emphasized in the Noguchi Coffee Table.

The base of the coffee table is made up of two identical parts in wood, fixed to each other in the opposite direction giving a stable support for the top in glass, with symmetrical and vaguely triangular shapes. The legs, that can be in black ash, maple or walnut, are arranged at right corners to compose a dynamic and flowing whole.

The coffee table was commissioned to Noguchi in 1944 by the Herman Miller company and by its artistic director George Nelson, a great admirer of the Japanese- American sculptor. It was initially marked under the name of coffee table IN50 or Noguchi Table. A few years later, the Swiss Vitra company also obtained the official production rights in Europe. The Noguchi Coffee table is marked by the signature of the author imprinted on the top in glass, that allows to distinguish it from any copy. 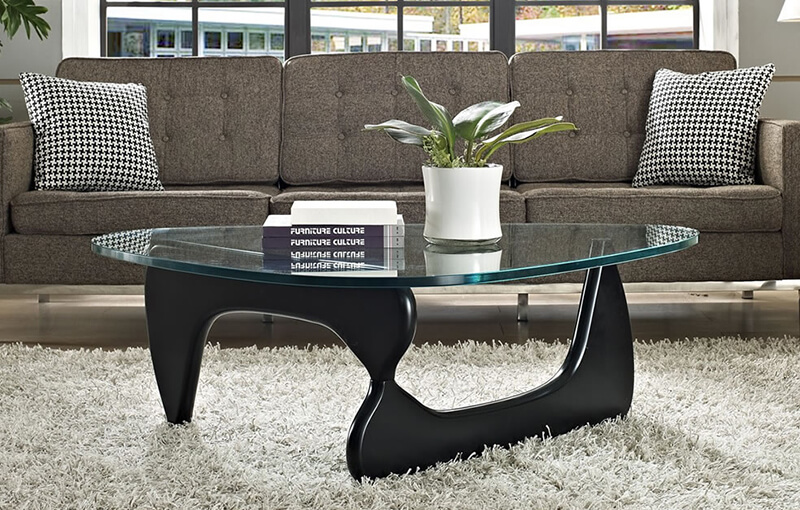