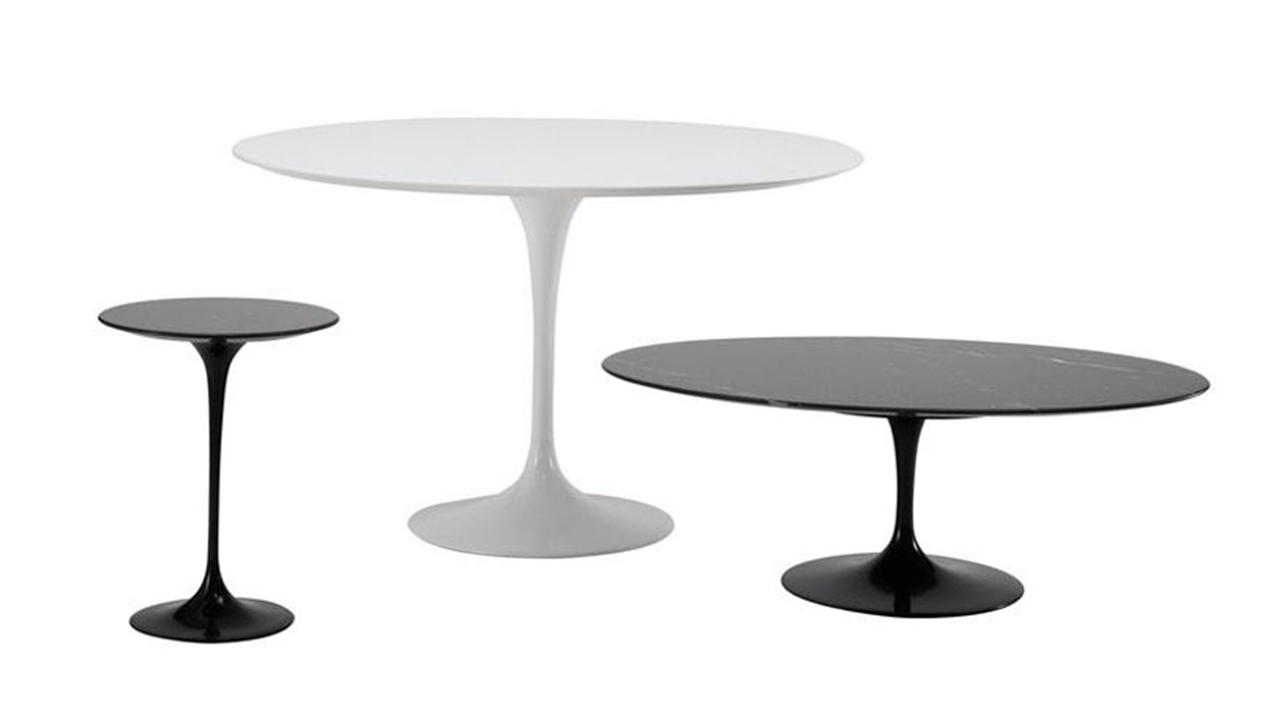 The tables of the Saarinen collection are a reprint of the “Pedestal” series produced in 1958, to which also belong the famous Tulip chairs that follow the same compositional philosophy. The famous finnish architect and designer made the project in the height of his career when he was considered the most important architect throughout the United States. He made a long reflection to solve the problem of the  “ugly, confusing, unrestful world” underneath tables and chairs. Saarinen resolved the root problem removing the legs and replacing them with a single, slender and threaded central support. The result was a table characterized by essential and futuristic lines, typical of the “organic design” of which his author was one of the main exponents. In the design of the plastic but soft shapes of the tables, Saarinen was greatly affected by his youthful formation in the field of sculpture. Florence Knoll considered him as the best designer he had ever worked with, claiming to find a higher honesty in his work than any other design object. 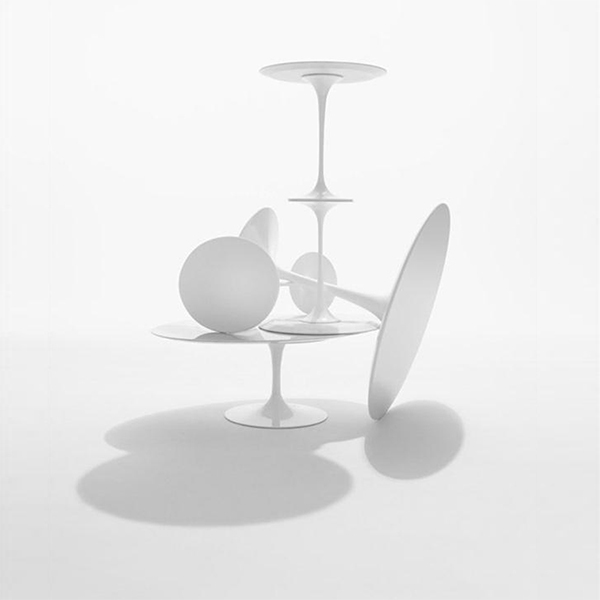 A "organic design" to solve the problem of the ugly, confused, unrestful world 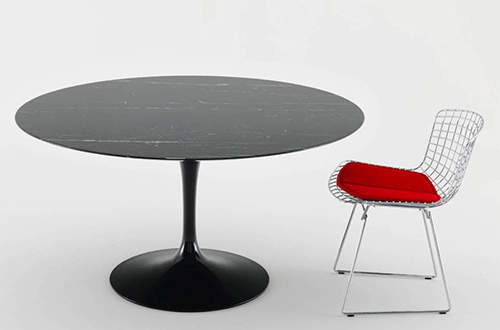 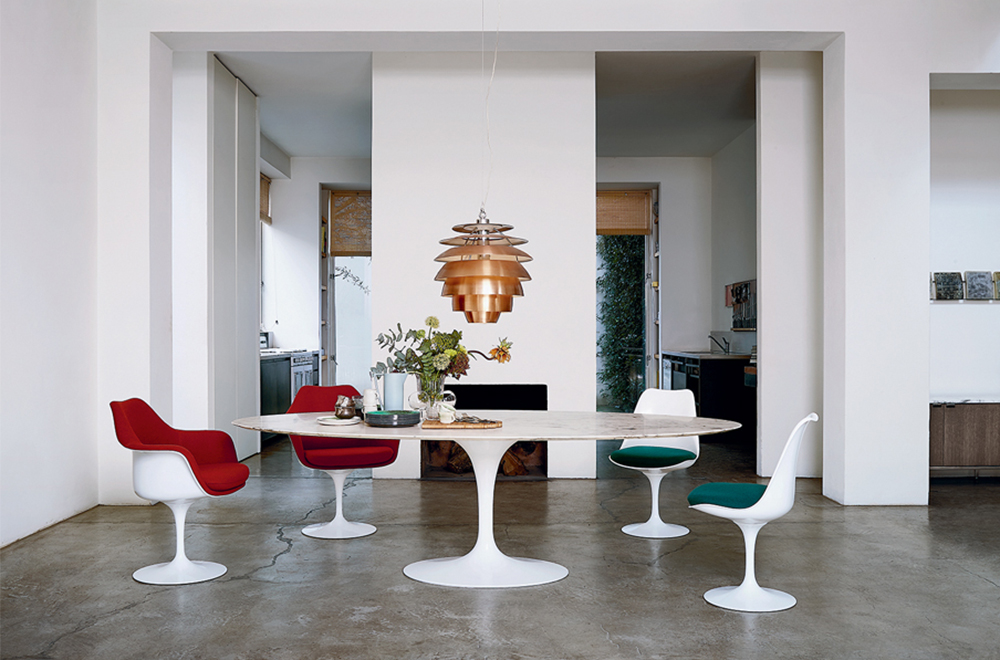