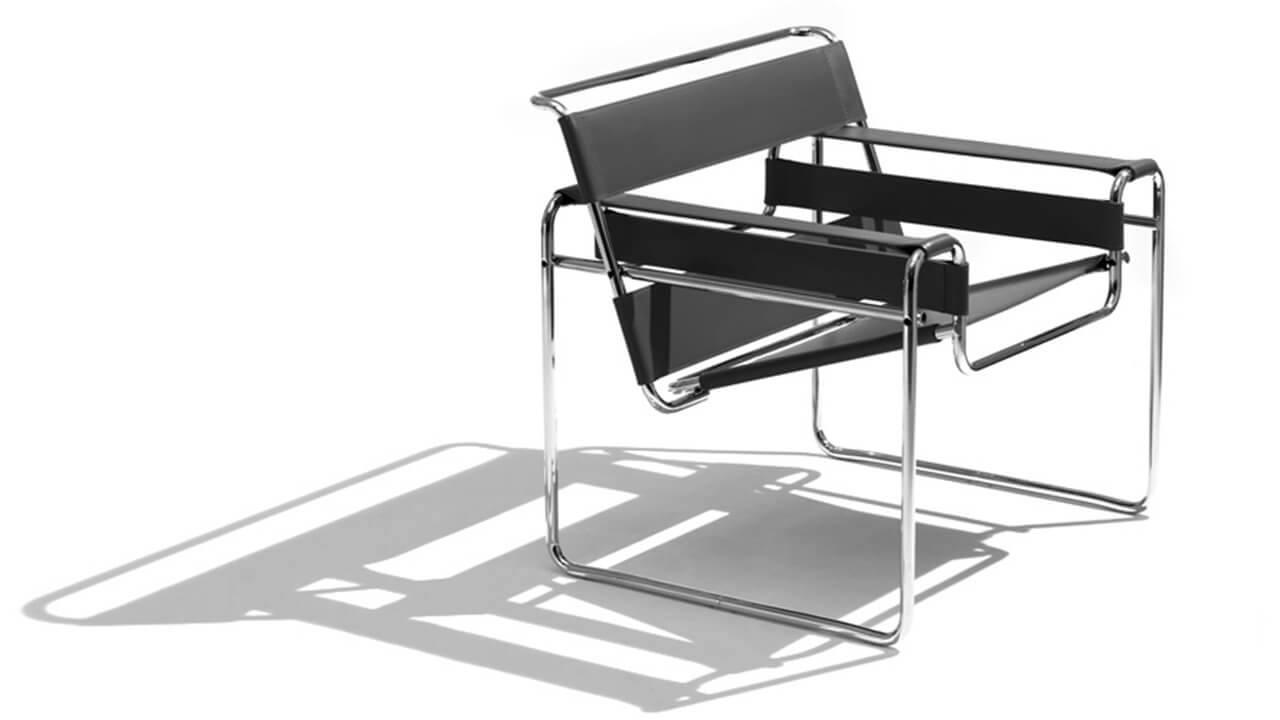 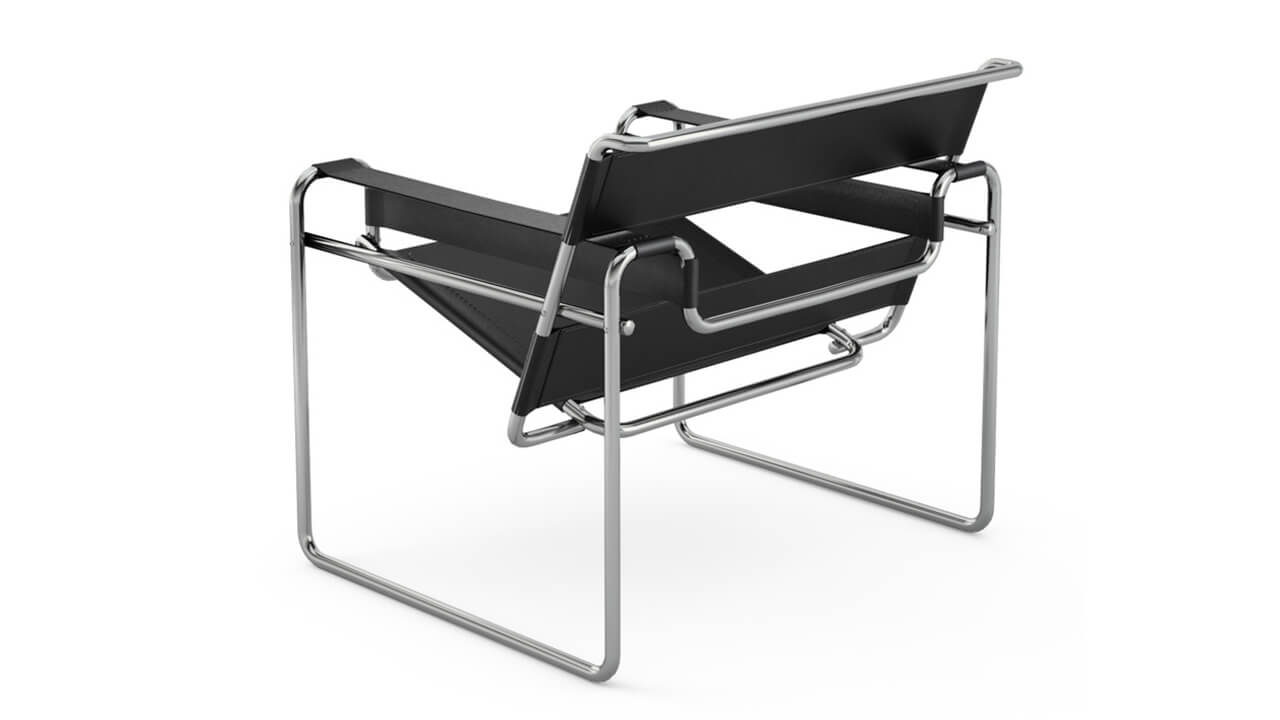 The Wassily small armchair of Marcel Breuer is one of the best masterpieces of the Bauhaus and the Modern Movement. It takes up the shapes of the traditional club armchair, but in a “stripped” version that allows it to glimpse the skeleton, made of a metal tubular with structural function and of supports in saddle leather to hold up the seat. The small armchair thus takes on an impression of air lightness and it is able to integrate as best it can in every architectural space: its almost transparent structure allows a glimpse of the surrounding environment, instead of heavy volumes of traditional armchairs that tend to suffocate and dominate the room.

The process of breaking down a traditional armchair into a play of lines and floors had already been tackled by the Dutch avant-garde of De Stijl, and in particular by Gerrit Thomas Rietveld with his Red and Blue Chair, but Breuer had the merit of bringing it up another level, integrating it with the use of modern and innovative materials. The chromed metal gives pleasantness to the sight and touch, while the use of wood makes the seat more comfortable and relaxed.

Breuer was one of the most brilliant students of the Bauhaus and then he went on to manage the carpentry workshop in 1925, the year to which the creation of the Wassily chair also dates back. He had had the inspiration for the design of a tubular seat with the metal frame of his new Adler bicycle, to which he then associated a seat in an innovative textile fibre called Eisengarn (today it is instead made of saddle leather, thus ensuring greater resistance).

Breuer’s creation best embodied the dream of the Bauhaus: the creation of completely new furnishings, suitable for the modern lifestyles that were emerging and for the nascent industrial, hygienic and resistant production. Thus the first seat in the history of design was born, made of metal tubular and explicitly conceived for domestic use. Among the first admirers of his project was Wassily Kandinsky, who wanted to use it in the furnishing of his apartments at the Bahaus School of Dessau and from which the small armchair today takes its name.

To take care of the production of his seat, Breuer also founded a company, Standard-Möbel, which originally marketed it with the name of B 3. The company was soon taken over by Thonet, a company that continued the mass production of the chair for some years. With the advent of Nazism, Breuer had to escape to the United States and it was there that several decades later he met Dino Gavina, who in 1962 convinced him to put the small armchair back into production. The Gavina was then purchased in 1968 by Knoll which granted the Wassily small armchair a place of great prominence in its catalogue. 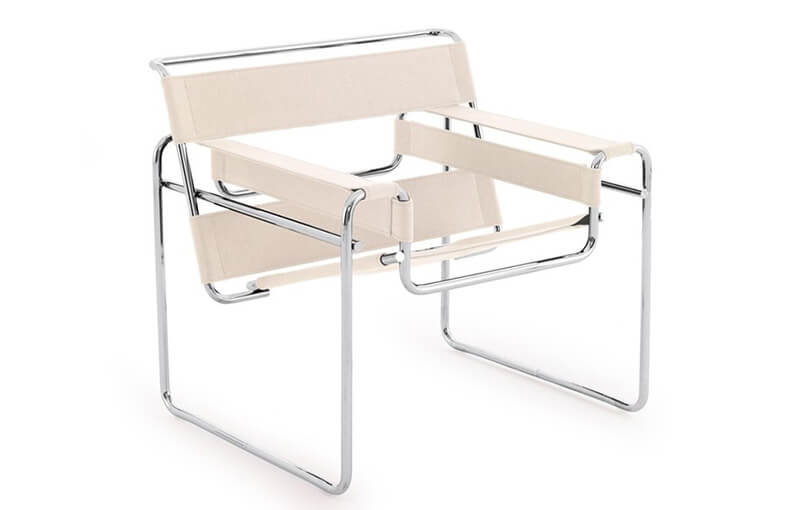 My most extreme work both in its outward appearance and in the use of materials; the least artistic, the most logical