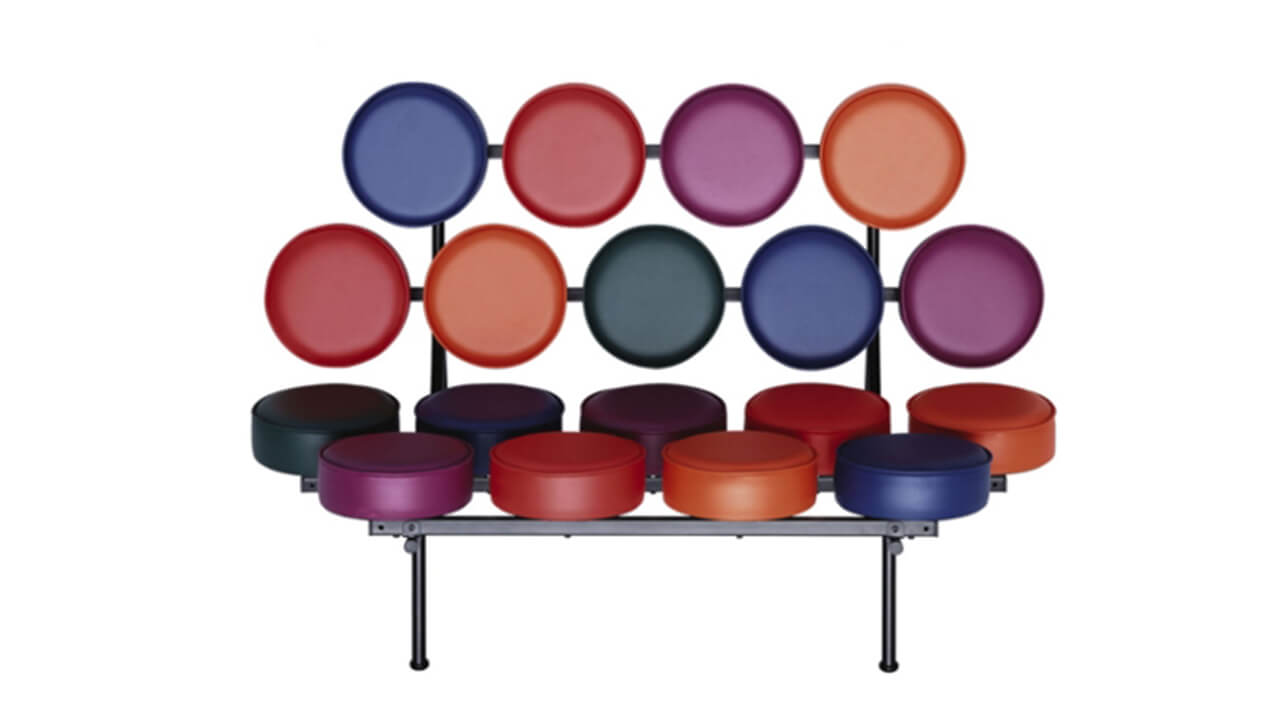 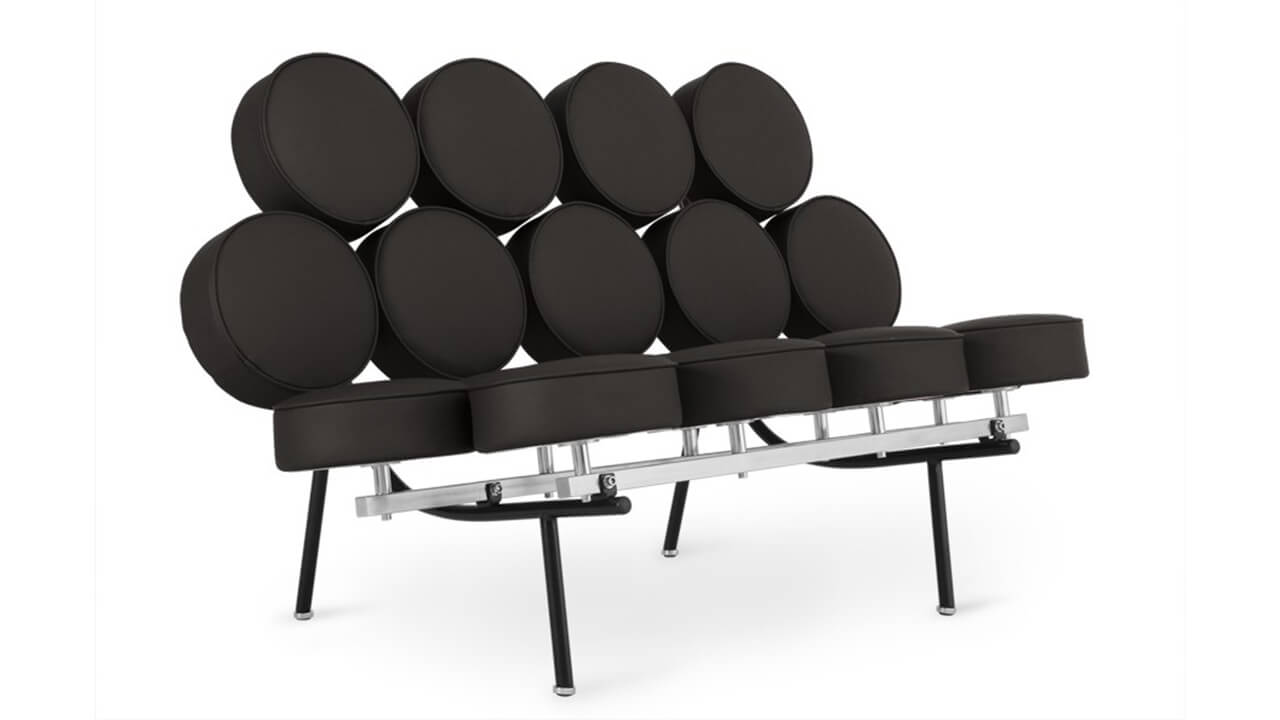 Marshmallow Sofa by Vitra is a cheerful and witty sofa, capable of stealing the scene and giving a touch of freshness to any environment. Colourful and bold, its shapes move decisively away from those of the traditional bulky and voluminous sofa, placing it as a real precursor of design inspired by Pop Art.
The structure consists of a simple visible steel frame, to which eighteen round-shaped small cushions are attached, arranged in four rows half on the seat, half on the back and padded with polyurethane foam. The upholstery of the cushions is made of vinyl and has a lively combination of colours among dark red, orange, green, purple and blue.
Marshmallow best embodies the “atomized design” style of its author George Nelson, who loved to divide the furniture into distinctly separate parts and bright colors, with a strong playful tone. Nelson has long been the artistic director of Herman Miller, the company that first put the Marshmallow Sofa into production in 1956, and left ample space for the ideas of his collaborators: it is now established that much of the sofa design is due to the hand of Iving Harper, one of his closest collaborators.
The idea behind this sofa was provided to George Nelson by a representative of a company of plastic material, who had assured him of the possibility of a fully mechanized production of the seat cushions. This proved in reality impossible and they had to be padded by hand one by one, leading to what had been conceived as a low cost product to become a luxury piece in a limited series.
Therefore only 186 specimens were produced before temporarily stopping production, making it a highly sought-after collector’s item. It is re-proposed by Vitra in a version very faithful to the original of George Nelson, available in a fixed colour combination. Two sofas can be hooked through an intermediate extension element made up of six cushions, mounted on a frame that also has the function of connecting the two modules, thus creating potentially infinite compositions perfect for lobbies or other public spaces. Unless ideas are massaged into reality they evaporate