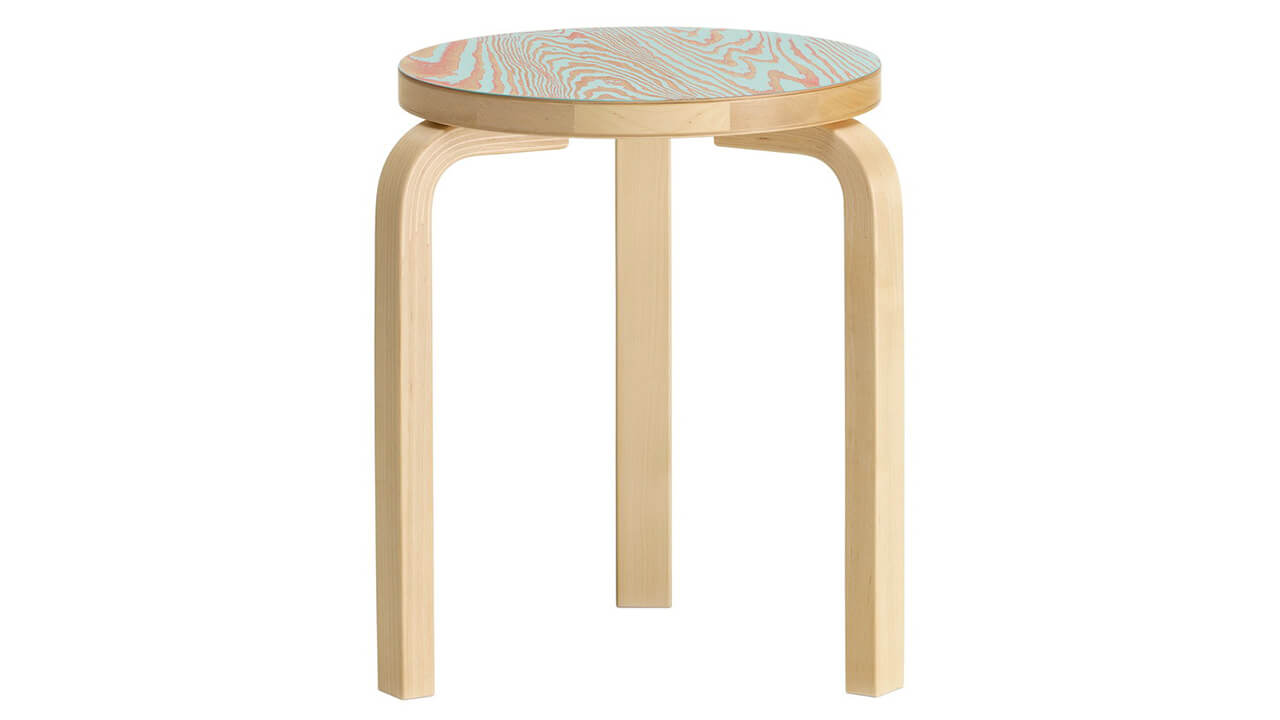 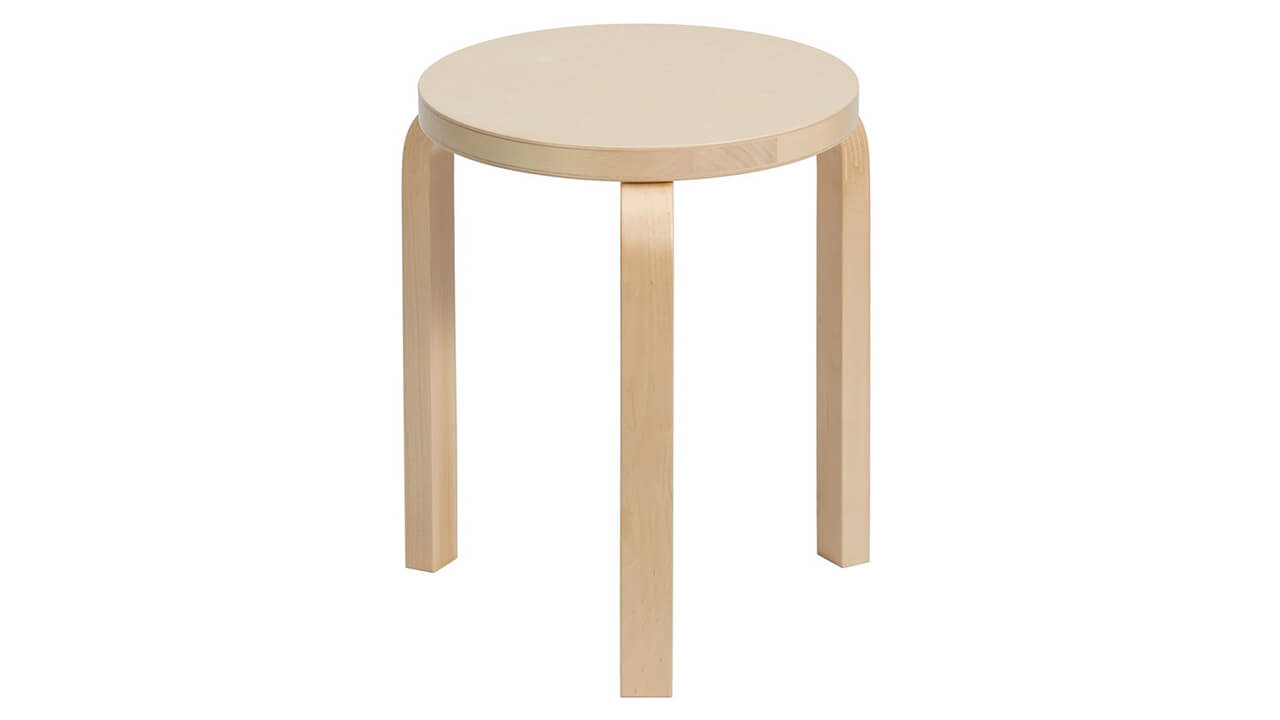 Artek stool 60 is one of the most famous creations of the legendary Finnish architect and designer Alvar Aalto, who considered it his most significant contribution to the world of furniture design. Extremely practical and affordable, this stool has become an emblem of Scandinavian design over time and has been in continuous production since 1933, with total sales of over six million pieces.

Its shapes are reduced to the essentials: a circular seat that rests on only three legs in curved wood, sufficient to guarantee extreme stability. The reduced number of legs also allows you to stack the stool, positioning it slightly staggered so as to form a spiral effect of great scenographic impact. Another strong point is its great resistance: Aalto himself personally tested it by repeatedly knocking several prototypes to the ground to test their robustness.

However, the real reason why the stool 60 entered the history of design lies in its innovative “L” legs, the arrival point of Aalto’s research on curved wood. The fold of the legs forms a delicately curved 90 ° angle, defined by its creator as “bent knee”, and allows them to be firmly fixed to the bottom of the seat.

They are made through a complex and innovative procedure for which Aalto was able to register the patent both in Scandinavia and in the United Kingdom: at the end of a piece of solid wood five parallel cuts are made, with the cracks that extend just below of the fold you want to achieve. Veneered wood sheets are then inserted and glued in these cuts that allow it to be folded by a press without breaking and increase its stability.

The wood used for the legs and for the circular seat is solid birch, a very light and pleasant to the touch essence of whose forests Finland is particularly rich. However, Artek offers several versions, such as a black or white lacquer or with a walnut effect. The seat can then be lacquered in many other different colours or covered in fabric, while maintaining the same proportions.

In the two years following the creation of the stool, Aalto began to experiment with different versions, all based on the “L” legs. Adding a leg and reaching four, the E60 stool was born, while slightly changing the proportions, the same compositional philosophy lends itself to giving shape to a coffee table, such as the Aalto Table Round and 90D models. By extending the legs for a greater seat height, Aalto arrives at the creation of the bar stool 64, while adding a backrest and slightly modifying the rear legs he obtains the chair 65, from which in turn the models 66 and 69 derive. 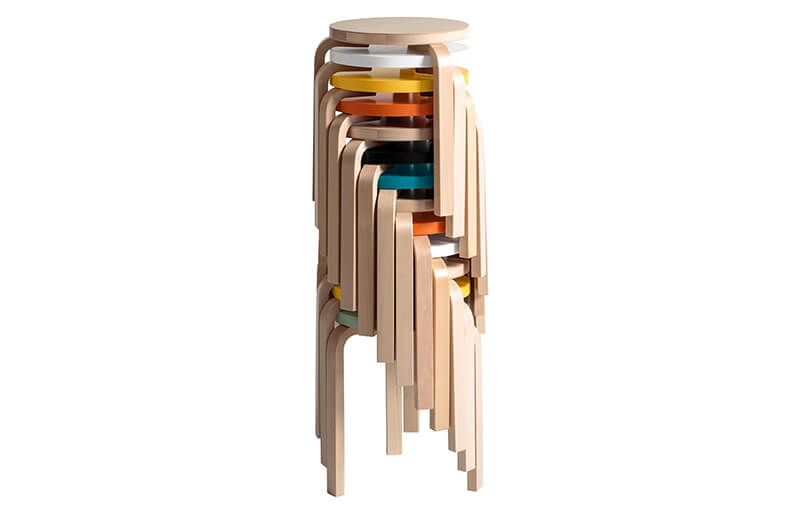 The chair leg is the little sister of the architectural column