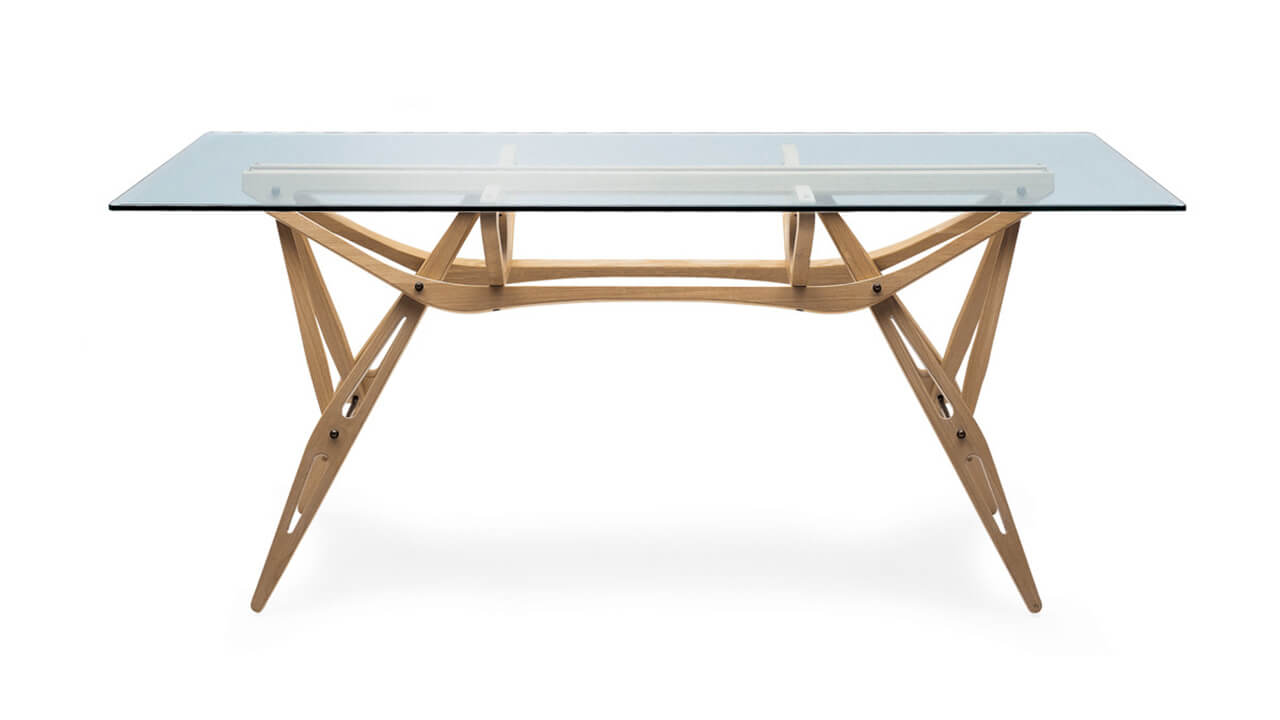 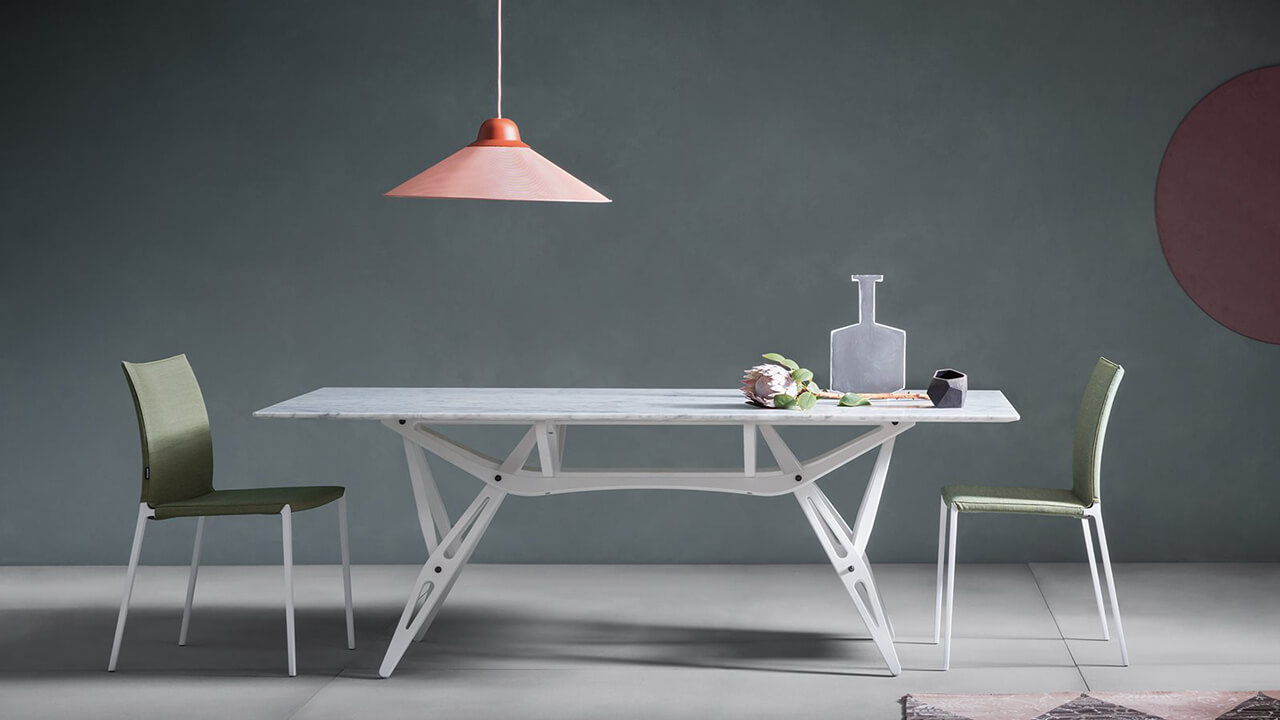 The Reale table by Zanotta is one of the most fascinating projects of the Turinese architect and designer Carlo Molino. His appeal lies in the base, from the complex structure at the same time geometrical and organic, revealed in all its beauty to the top in glass. An articulated symmetry of flexible wooden crosspiece, compact and transparent, in which every element fits together with the others with precision.

It bears the unmistakable mark of the hand of Carlo Mollino, an eclectic character who escapes any classification, an eccentric and refined dandy with sinuous forms.  This table was originally designed in 1946 for the Turin headquarters of the Reale Mutua insurance company, from which it takes its name, and it was originally presented  with a top in stone.

Like all the other furnishings by Mollino, it was not intended for mass production, given its excessive complexity for the industrial technologies of the time. It was, however, for many years one of the most  valued pieces on the modern antiques market, so much so that one of its specimens set an auction record for a furniture of the twentieth century, being beaten by Christie’s in New York for over 3.8 million dollars .

Zanotta has re-edited it since 1989, proposing it in different sizes and with two different options for the top: the most famous version in crystal of 15mm, which best enhances  the shapes of the base, or a marble version, more elegant and closer to the aesthetics of the very first versions designed by Mollino. For me it is always a matter of facing the problem of building without worrying about whether or not I am within the canons of the architecture of our time.