An ancient and glorious tradition permeates the lamps of Barovier & Toso: its seven centuries of history make it one of the European long-living companies and guarantee a position of absolute pre-eminence in the world of glass art. Barovier has always been synonymous of Murano glass: a dynasty that has gone through the ages keeping this secular art alive and in step with the times. Barovier & Toso chandeliers are today considered the highest expression of luxury and are used in the boutiques of the best fashion houses as well as in the mansions of kings and princes all over the world. They are precious objects in shapes and in history, made entirely by hand according to the techniques of the past.

Barovier & Toso’s creations come from the Murano furnace, the same in which glass has always been fused, blown and worked with ancient gestures according to secret techniques handed down from generation to generation. Crystal transparencies and marvelous shades of color combine refined forms, made possible only thanks to the great wisdom of a handicraft that is now in danger of extinction: this is what makes each Barovier lamp special, like a true work of art.

The Barovier family began its activity in the late thirteenth century and found glory in the Renaissance with the work of Angelo Barovier, a prominent figure of Venice whose creations are now housed in the most important museums. His descendants prospered, splitting into different branches, and managed to continue their activity during the years of the decline of Venice and the Habsburg domination, with the creation of vases, cups and other artifacts of great artistic value.

The rebirth took place in the second half of the nineteenth century, with the re-foundation by Giovanni Barovier and his three nephews, who succeeded in making the Venetian tradition blend with the best ferments of international design. This period culminated in the artistic direction of the great Ercole Barovier, Cavaliere del Lavoro, who merged the company with the SAIAR Ferro Toso conducting it with foresight through most of the twentieth century, proposing a model of “open furnace” in which artists, designers and sculptors had way of collaborating in the activity.

Today, the production of Barovier and Toso is concentrated entirely in the lighting sector. Primarily through its splendid and very rich chandeliers, such as the Taif model created for the sovereign of Saudi Arabia, combining Venetian and French styles, but also applique lamps wall with strong decorative values, fine table lamps, elegant floor lamps, pendant lamps and ceiling lamps.

Despite its centuries-old history, Barovier & Toso is a brand that has not lost the ability to look forward. This is why since the time of Ercole Barovier, the company collaborates with designers from all over the world, looking for new ideas and applications for its renowned techniques. Collaborations such as those with the Dutch design-star Marcel Wanders, the Czech master Rony Plesl and other big names in international design such as Marc Sadler, Franco Raggi and Daniela Puppa are born. 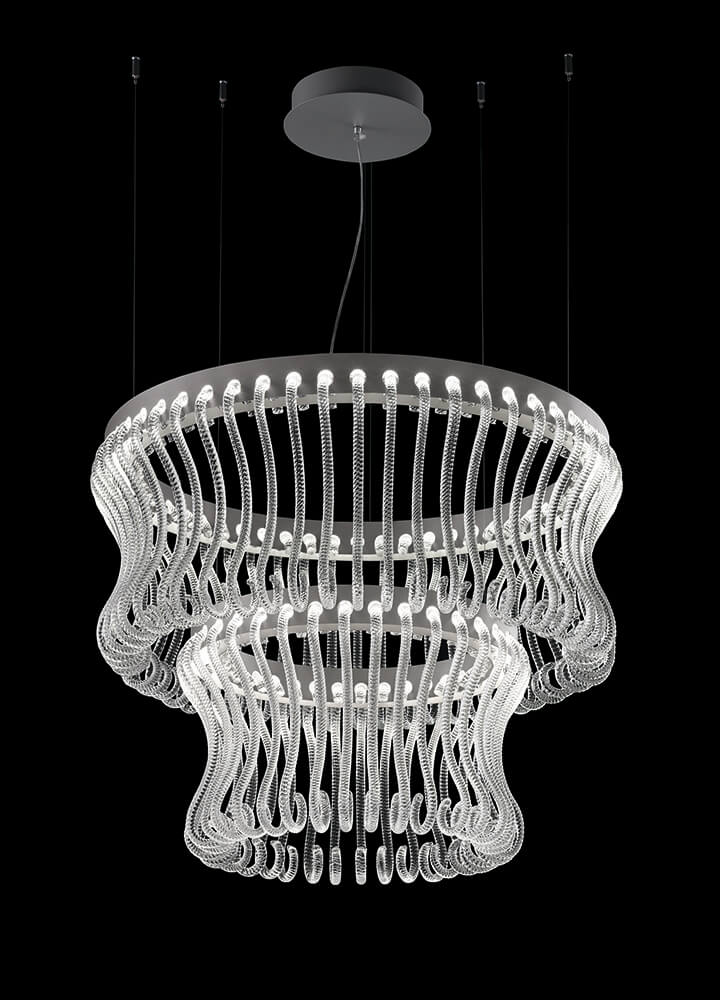 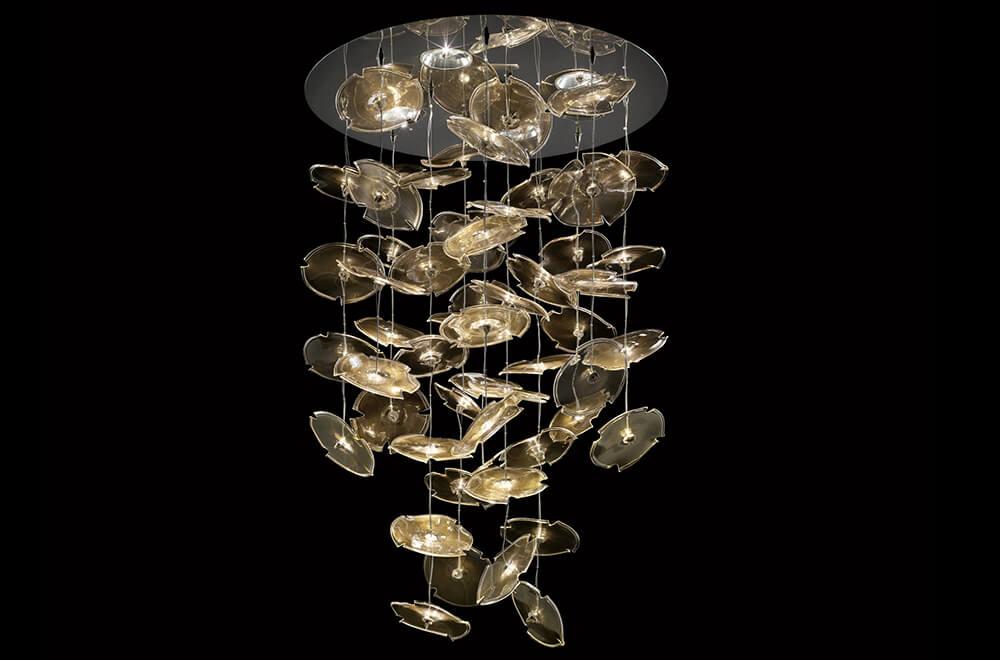 Salvioni Design Solutions is official Barovier & Toso dealer. In its showrooms of Milan, Lugano and Inverigo, the Salvioni group manages the construction of important residential projects all over the world, bringing forward an idea of luxury in the world of living where the quality, history and prestige play a large part. of distributed brands; a strategy whose partnership with Barovier & Toso is an emblematic example.