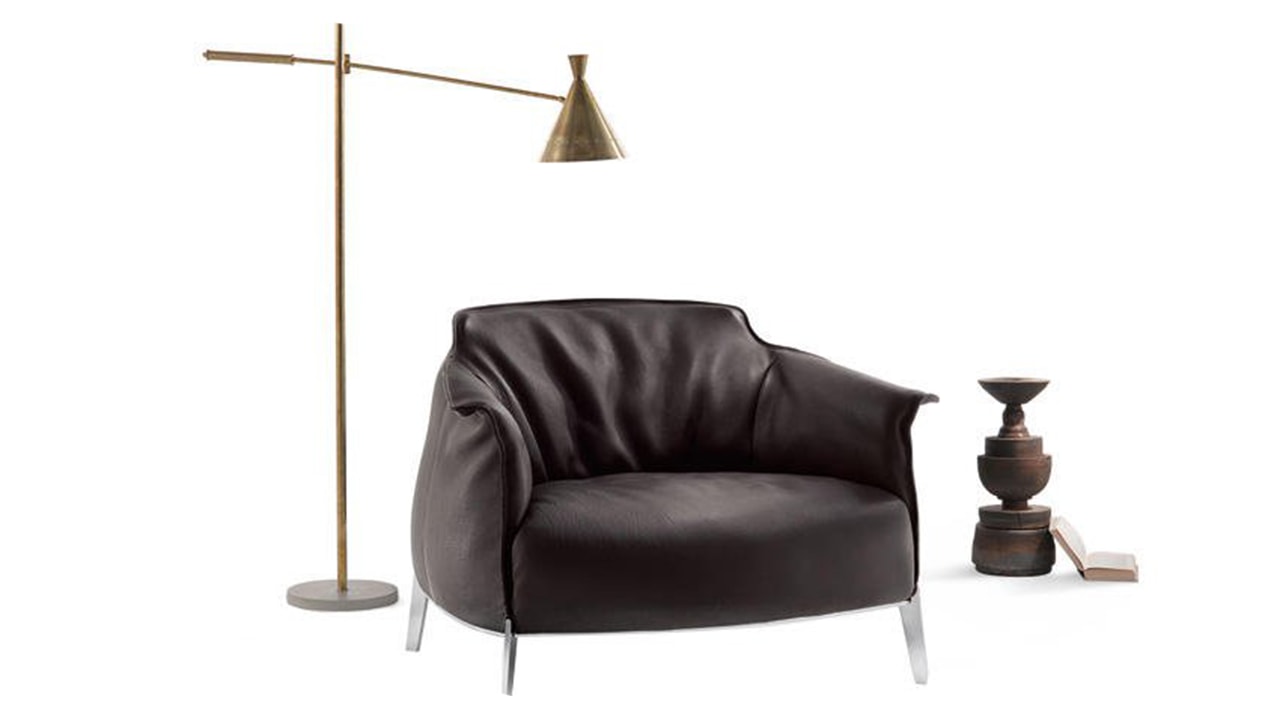 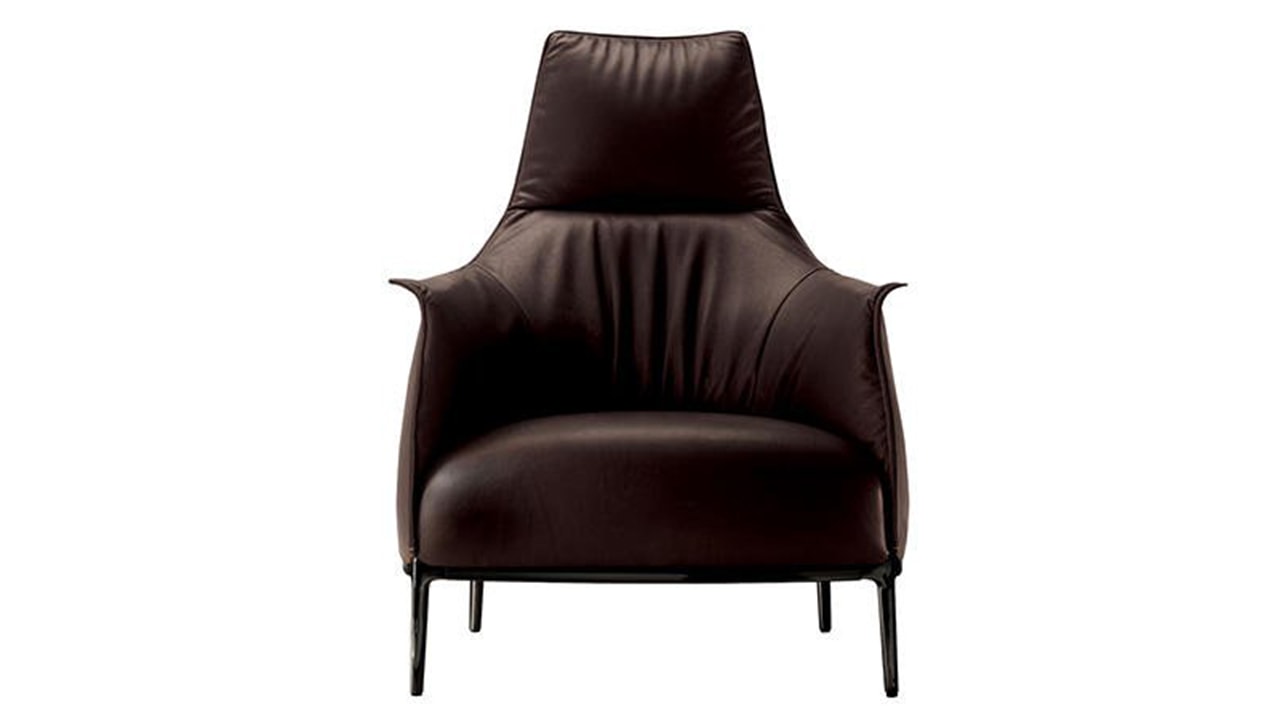 Poltrona Frau celebrates meditation and relaxation presenting in 2009 a new armchair with a soft and enveloping design, whose multiple strengths converge in approaching a marked formal refinement to an even more accentuated comfort of use.

An element of great value and extreme distinction among the sector of furnishings, following its birth, the Archibald armchair was declined in the successful Archibald King and Archibald Gran Comfort versions, two pieces of design aimed at carrying on the legacy of the homonymous progenitor as well as to further increase its international diffusion. 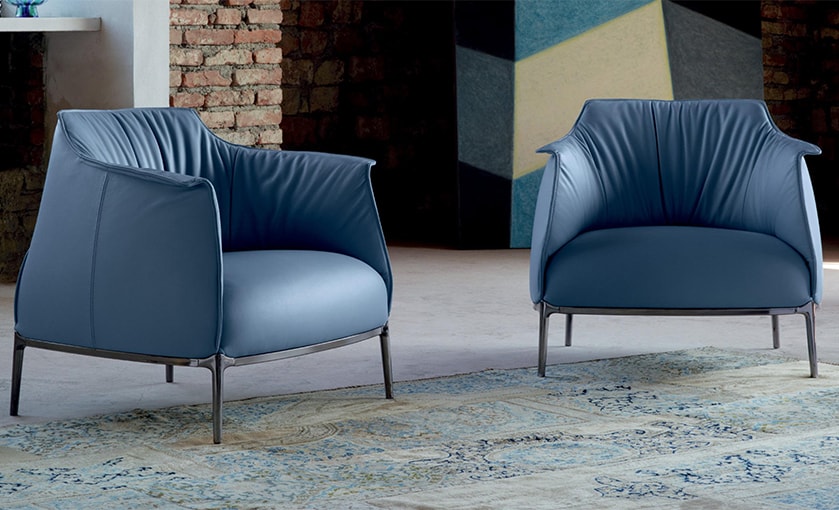 I’m trying to find an honest, generous path with the idea that, somewhere between the hard economic data, there are users. People. 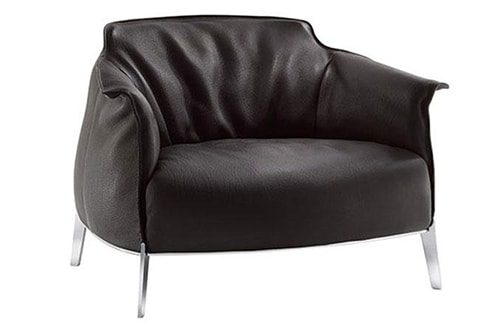 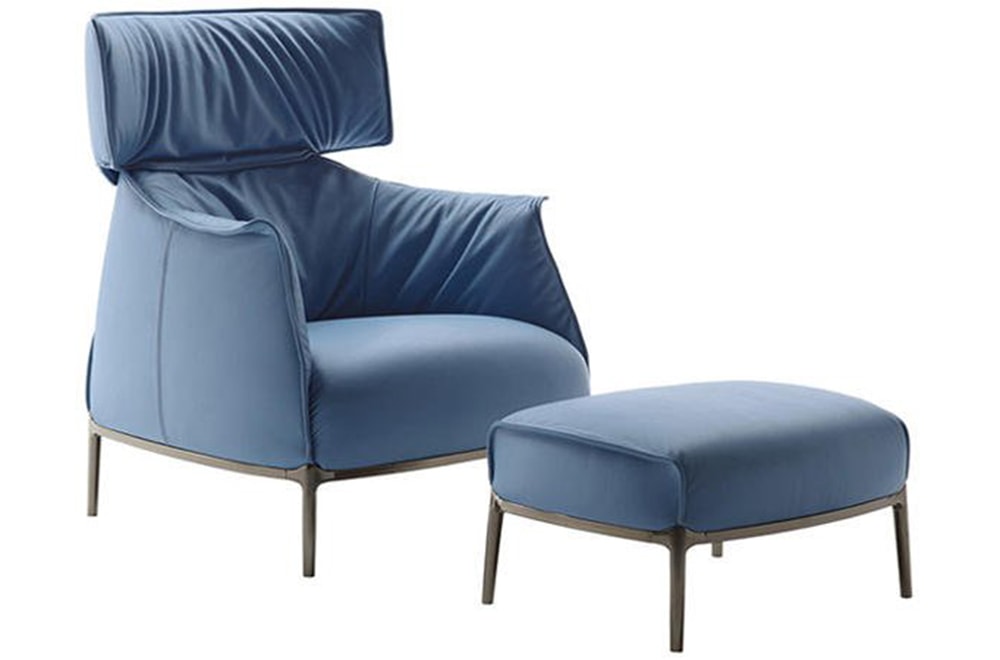 Archibald is the result of the stylistic research carried out by Jean Marie Massaud in order to recreate a rigorous yet abundant structure, generous of details and however solid of many indispensable cornerstones: the large and soft seat cushion composed by the voluminous Pelle Frau® bag, the pleated backrest made by steel with upholstered polyurethane foam, moalded to accurately trace the line of shoulders and neck, the structure and the steel feet in Ruthenium finish,  designed to guarantee maximum resistance and minimum bulk.

The channelled goose feather upholstery of the seat and backrest enhances the softness of the armchair, giving the feeling of being in a soft embrace.

The removable cover is made exclusively in Pelle Frau® leather, further embellished by the raw cut of the hand-painted leather and finished with contrasting stitching.