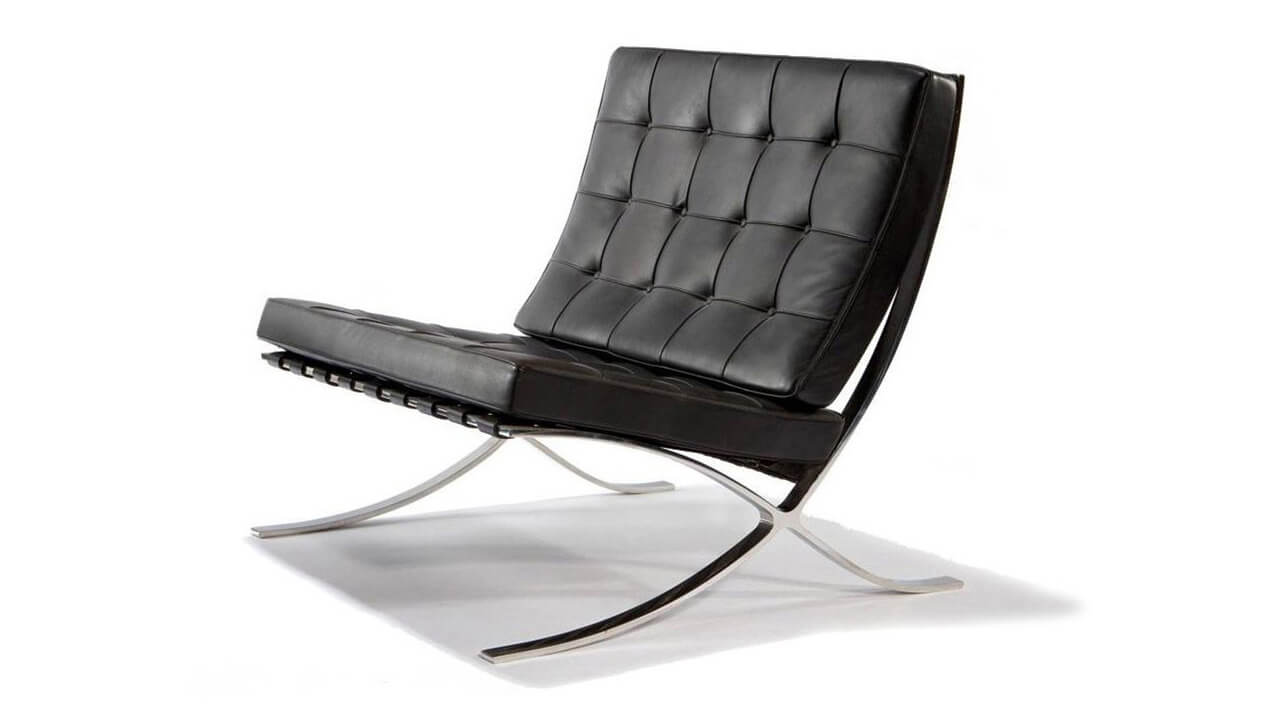 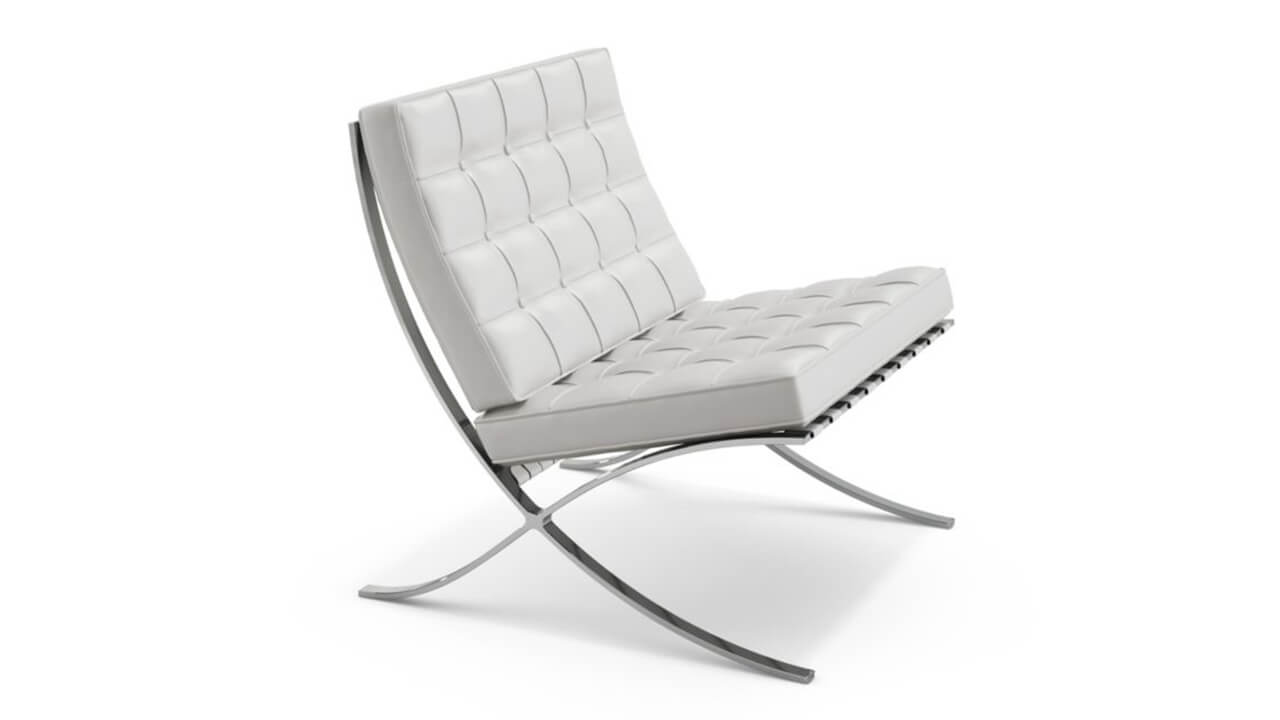 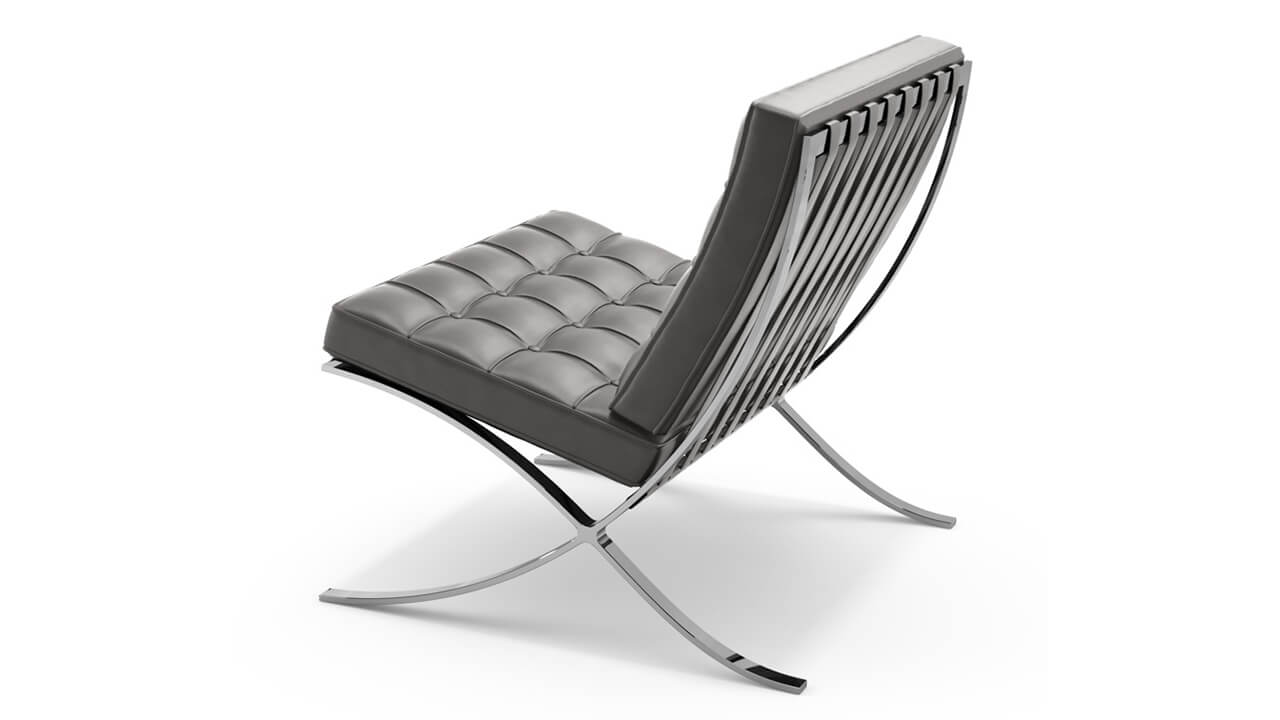 The Barcelona armchair by Ludwig Mies van der Rohe, edited by Knoll, is a real symbol of modernist design. Van der Rohe conceived this armchair, in collaboration with his partner Lily Reich, in order to furnish the German pavillon at the Universal Exposition of Barcelona in 1929. The design of the pavillon brought the principles of the Modern Movement to the highest level of luxury and elegance, interior of a building outlined on rigid horizontal and vertical planes and rich in precious materials such as marble, onyx, and colored glass.

The armchair also had to have an almost royal dignity, as it would have hosted the Spanish king and queen on their visit to the pavillon, almost assuming the function of a modern throne. To achieve this goal and integrate it into the environment, van der Rohe creatively re-elaborates some motifs typical of the classical age: the “X” legs are taken from the ancient sella curule, seat of the ancient kings of Rome, and they are slightly curved as in the klismos chairs typical of ancient Greece.

Unlike in antiquity, however, this structure is made of the symbol material of modernity, the sparkling chromed steel, and it is fixed to two leather cushions for the seat and the backrest, richly decorated by a hand-made button quilting that goes to form 40 squares. The connection between the metal frame and the seat and back cushions takes place through elegant belts in saddle leather or leather.

Ludwig Mies Van der Rohe was a great friend of Florence Knoll and starting from 1948 he granted her the rights for the production of his armchair. The Barcelona armchair is produced by Knoll in two versions: Barcelona Classic, that faithfully reflects the original design and it is more suitable for public spaces such as halls and waiting rooms, and Barcelona Relax in which the seat is made more comfortable thanks to polyester fibers in the padding designed for domestic use.

The armchair can be accompanied by the pouf- footrest Barcelona Stool for greater comfort. The same constructive philosophy was also expressed by Mies van der Rohe in the sommier Barcelona Day Bed, designed in 1933 and also produced by Knoll. 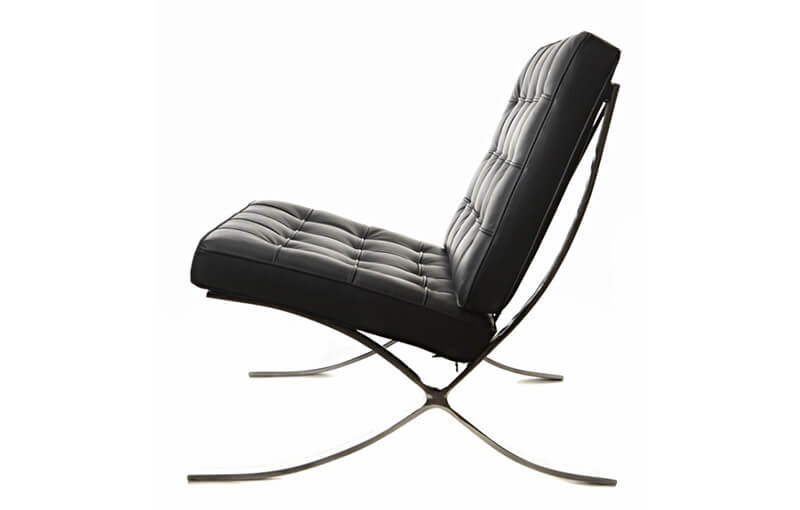 A chair is a very difficult object. A skyscraper is almost easier