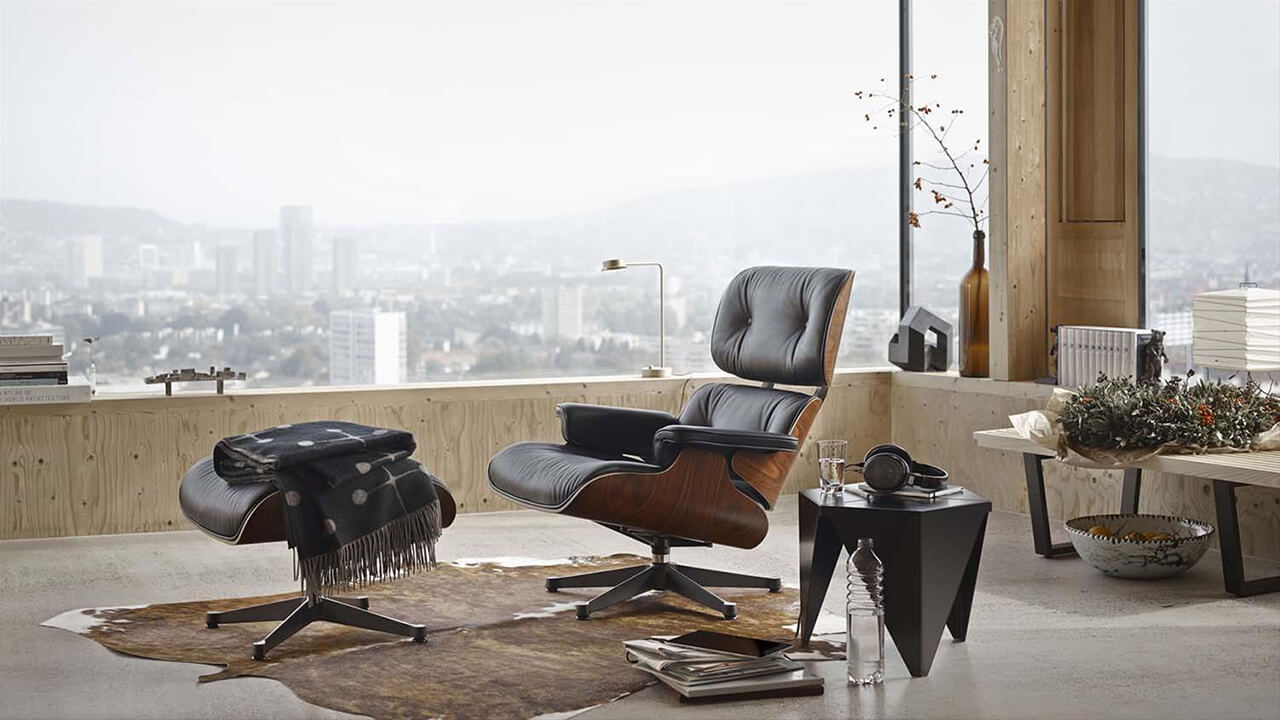 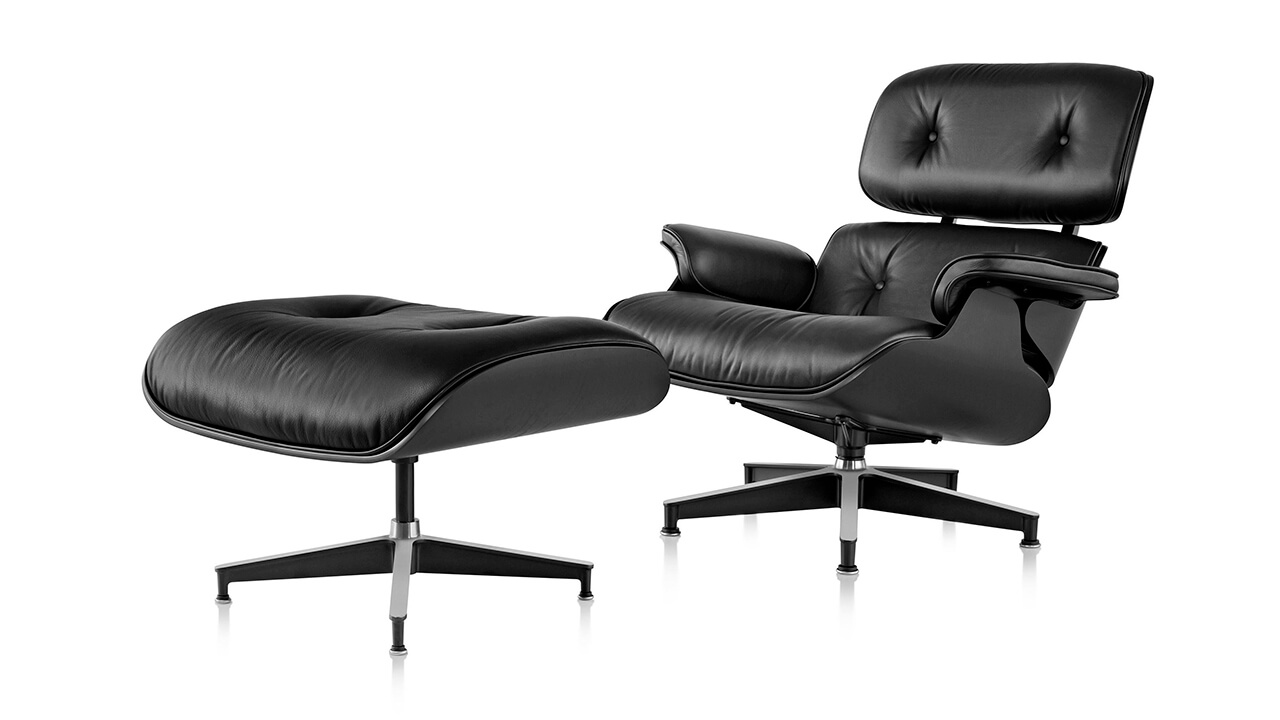 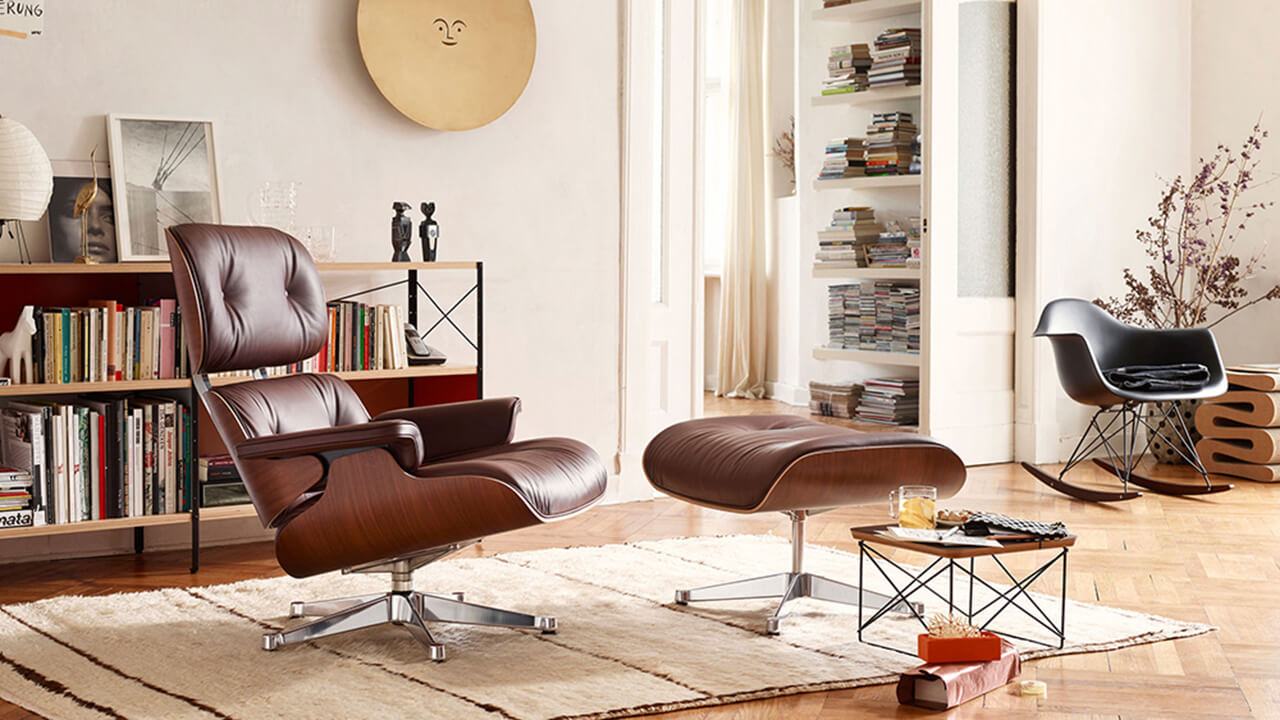 The Eames Lounge Chair & Ottoman by Vitra is the best known product among all those designed by Charles & Ray Eames. Tipically American, the Eames Lounge Chair has seen its creators inspired by an old baseball glove, in an attempt to return the same feeling of warm welcome.

Although usually oriented towards an affordable design for the masses, Charles Eames has allowed himself with this Lounge Chair an unusual foray into the world of luxury, with the declared aim of creating a modern version of the typical English club chairs. He started working on the project since the 1940s, but the armchair began its industrial production with the Herman Miller in Chicago only in 1956. The very first prototype was given by Charles Eames to the famous director Billy Wilder, his dear friend.

It is made by three distinct rosewood veneered shells, all in different shapes to minimize the seat comfort and connected by anti-shock supports in rubber and in steel that allow them to move independently. Abundant cushions in leather padding in feather are fixed to the shells, they are hooked by two buttons which also take on a clear decorative function. Two armrests and a five-star swivel base complete the construction. Even its inseparable pouf follows the same construction logic.

Since the 1950s Vitra has been the unique manufacturer authorized to produce the creations of Eames couple for the European market. He still produces the Eames Lounge Chair with the same methods of the past, agreeing every minimal modification with the Eams Fundation. It is in this way that it has also been able to introduce on the market a new slightly larger version of the original Lounge Chair, that allows it to be equally comfortable even for the taller people and the different versions in the woods and in the leather colors allow the armchair to adapt more easily to any environment. 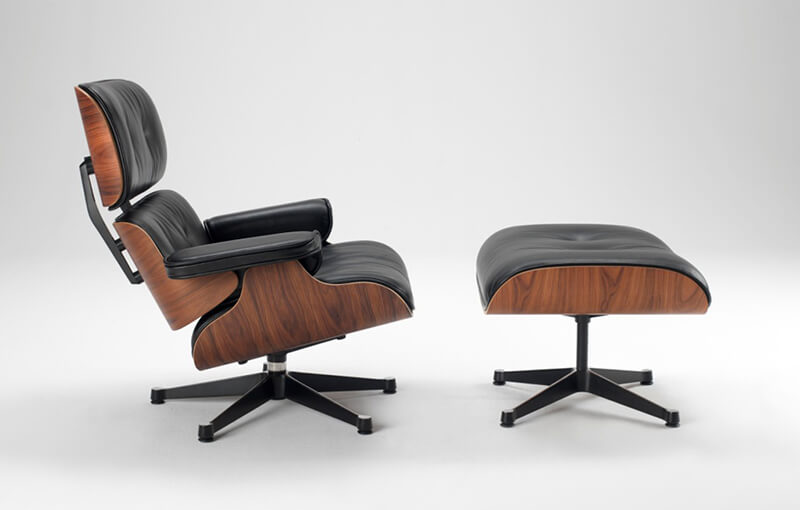 A special refuge from the strains of modern living