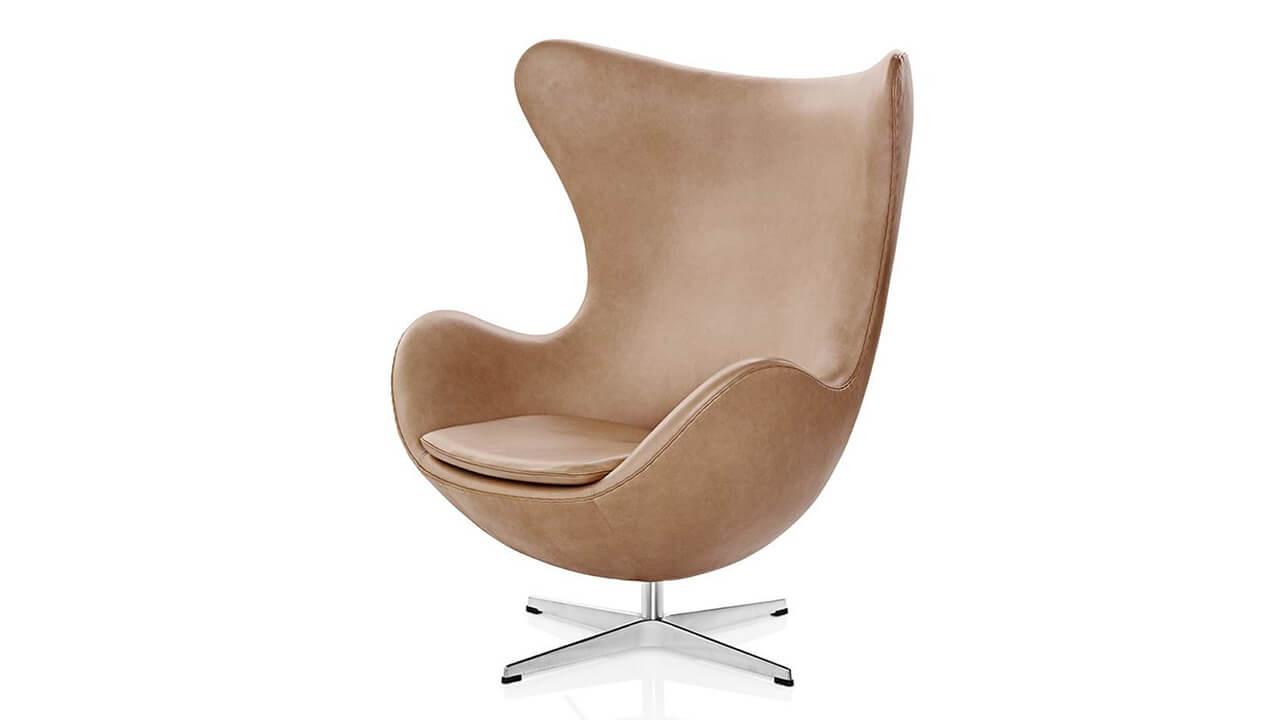 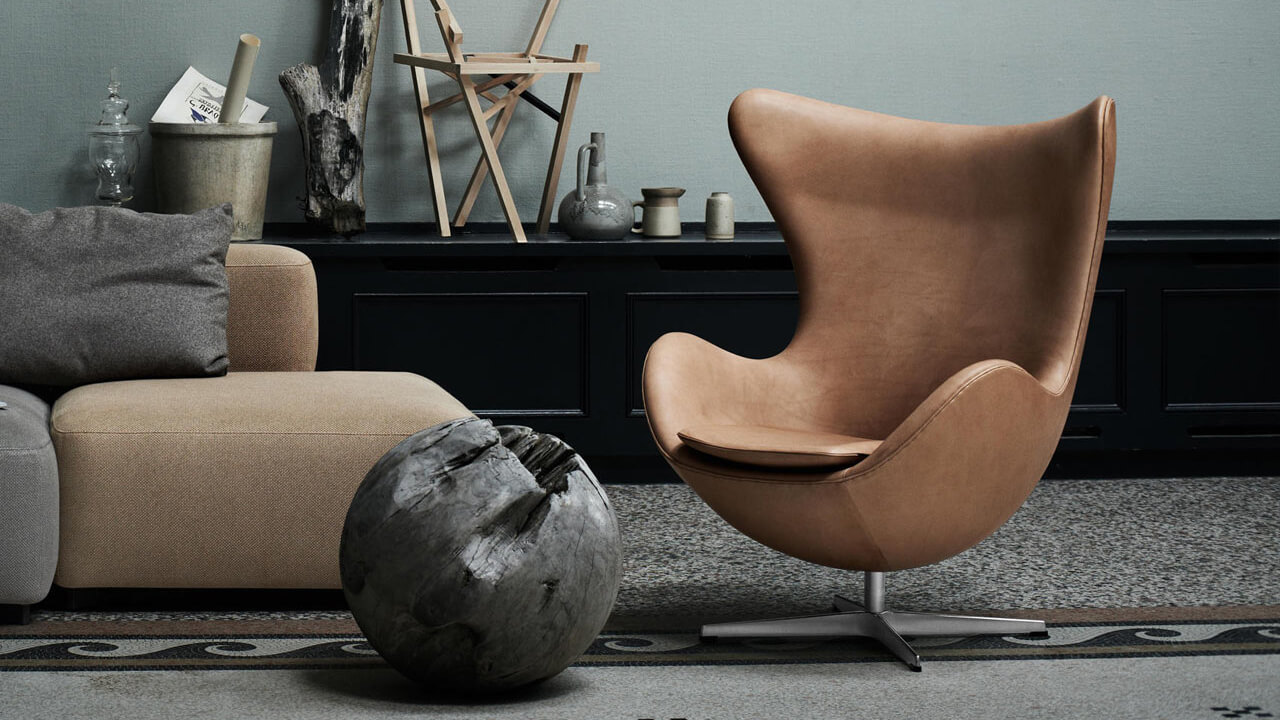 The Egg armchair by Fritz Hansen is immediately recognizable for all designer lovers, with its typical egg shape and organic and sinuous lines that include in a unique shape with strong sculptural values of seat, backrest, armrests and headrests Whoever sits there has the impression of being wrapped and embraced, isolated from the surrounding environment. .

Egg was designed in 1957 by Arne Jacobsen from his project of SAS Royal Hotel in Copenaghen, for which another of his famous creations, the small armchair Swan, also saw the light. The Egg armchair was positioned in the lobby of the hotel and its organic shapes created a strong contrast with the rigid horizontal and vertical lines on which the rest of the room was set.

Until then Jacobsen had worked mainly with the wood, but he decided to try with new materials in order to obtain more fluid forms. The armchair is thus made up of a solid internal core – now  it is made of polyurethane foam reinforced with glass fibre – covered with an elegant covering in leather or fabric. The fixing operations of the coating are carried out by hand and allow the creation of a very limited number of specimens every week.

The base in aluminium rests on four cross races and it is detached from the rest of the shape, forming a solid and discrete support. It can be reclined to allow greater seating comfort, which can be further emphasized by presenting the armchair in combination with the Egg pouf. The Egg armchair i has been produced continuously by Fritz Hansen since 1959 and it is very well known to the general public also because it has been used in numerous films and advertisements thanks to its great scenic value. 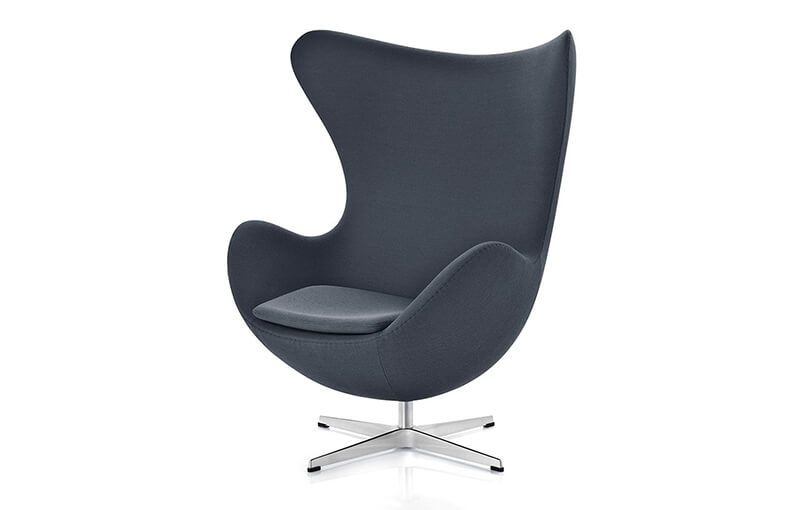 Photographers have loved this lounge chair, and should surely her paid them model fees