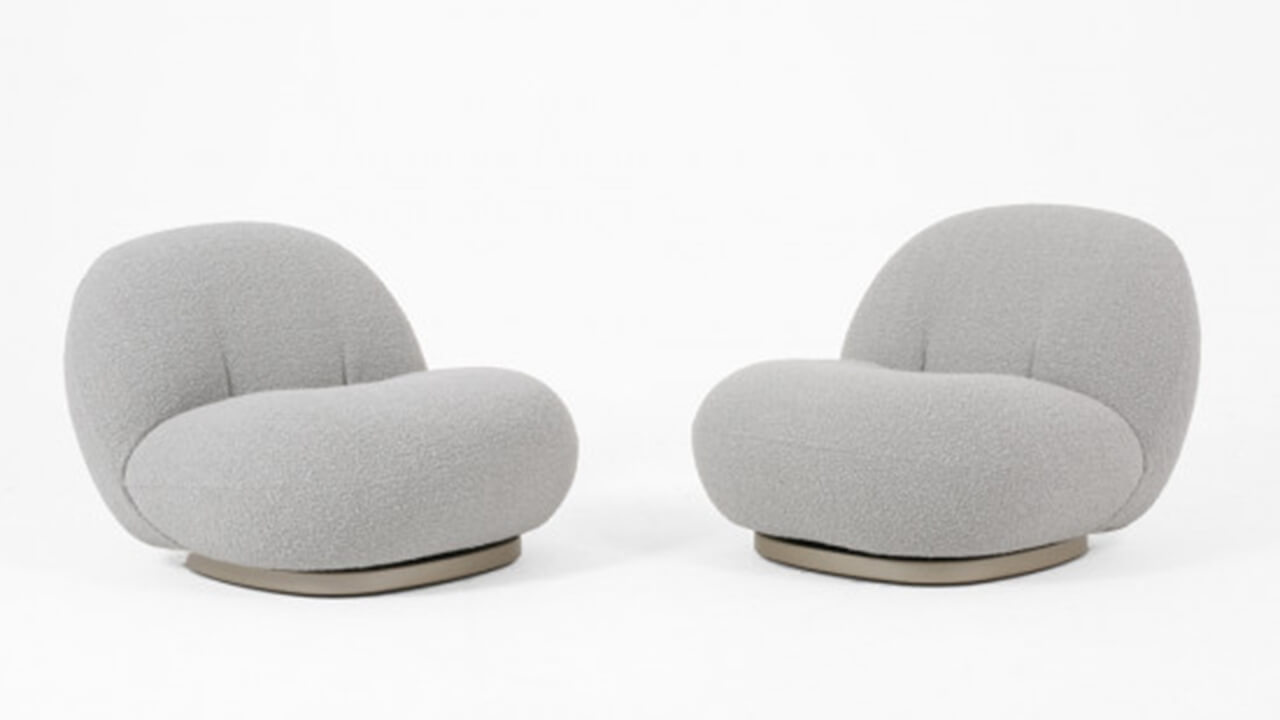 The Pacha Loung Chair by Pierre Paulin perfectly embodies the taste of its creator: full and rounded lines, soft and enveloping shapes that invite total relax, however combined with the measured elegance of French taste. Putting comfort as its guideline, the Pacha armchair is soft already in view, even before the touch.

The armchair has no legs and it rests only on a base slightly raised from the floor, available in dark or golden finish, swivel with return movement or fixed. The choice of fabric strongly connotes the look and feel of the armchair: presented in white it takes on the appearance of a white snowflake, while the patterns of the Pierre Frey fabric collection give it a more eclectic and decisive appearance.

The armchair was originally designed by Paulin in 1975 and clearly bears the taste of that era on it, with the tendency to break the formality of the classic bourgeois seats to get to sit almost at the floor level, while the rigor of the corners it gave way to warm organic forms. It was re-edited by the Danish Gubi in 2019, immediately enjoying great success. 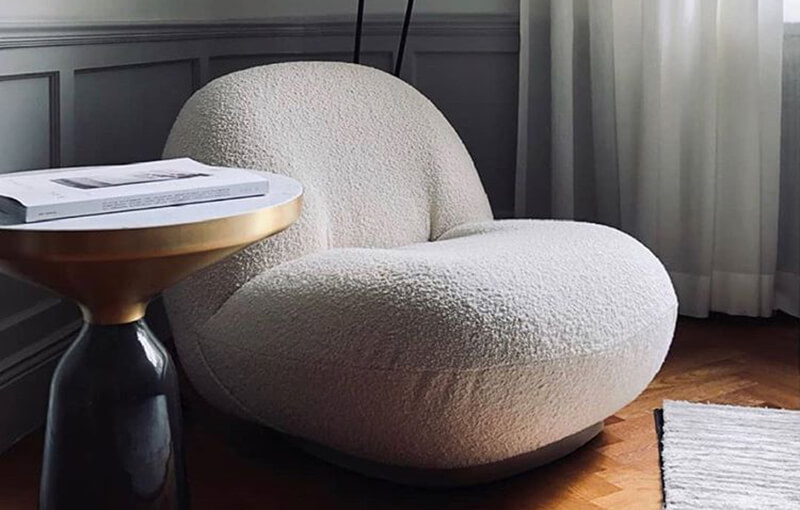