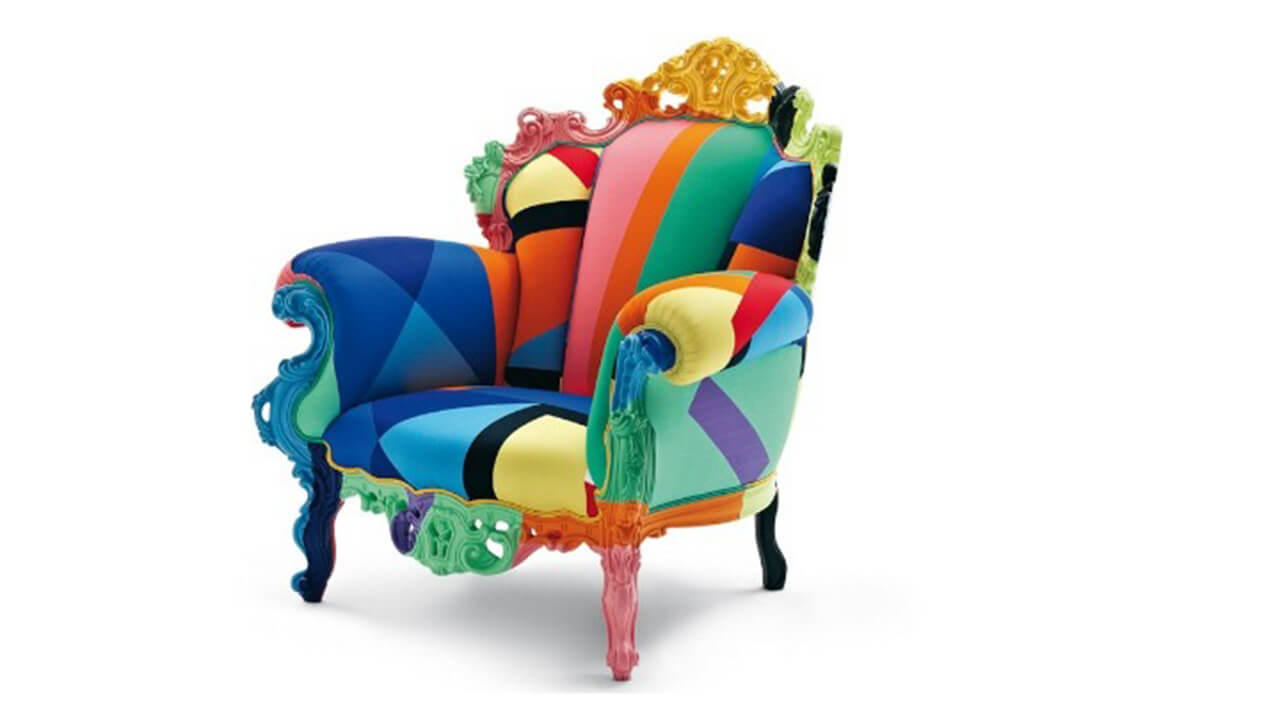 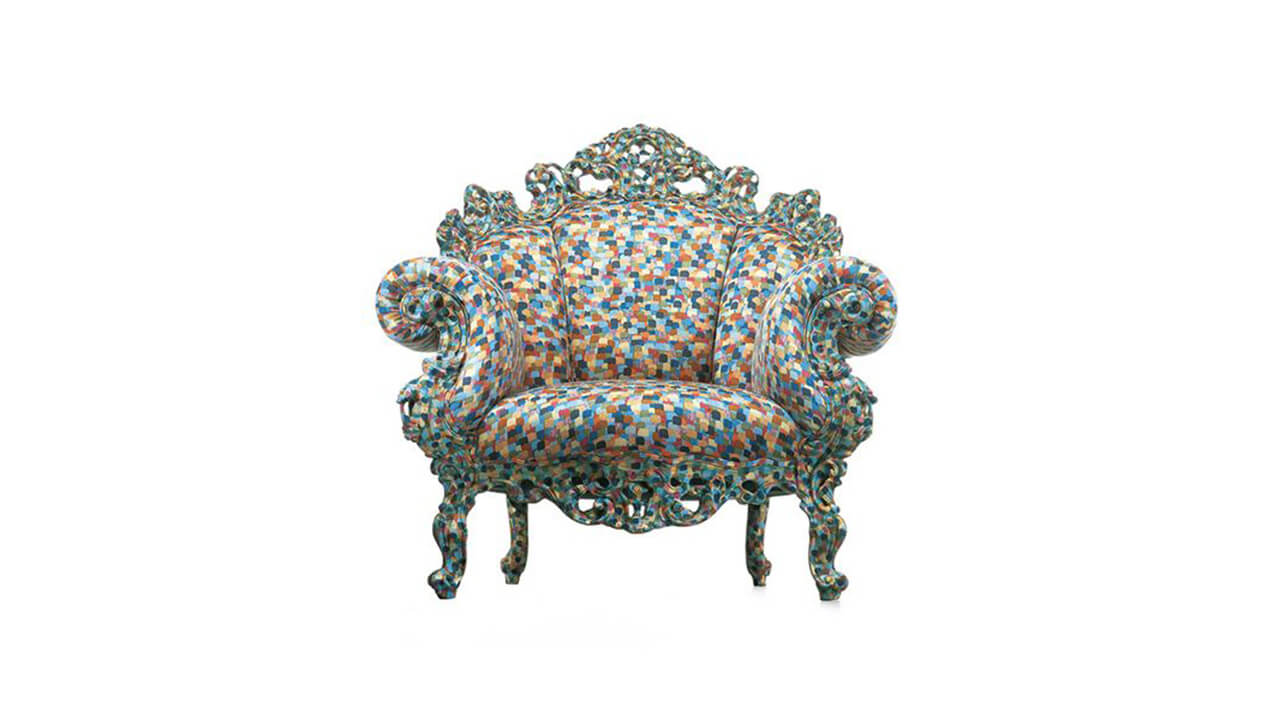 The Proust armchair, designed by Alessandro Mendini and mass-produced by Cappellini, is a work that goes beyond the concept of design and stands on the border between pure and applied arts. Like many of Mendini’s works, it conveys an immediate feeling of joy and cheerfulness, but also hides a complex and refined theoretical reflection.

In fact, this armchair stands as the extreme boundary of the experimentation of radical design, promoted throughout the 70s by Mendini through the Casabella magazine directed by him, and inaugurates the post-modern trend. Here the design is consciously rejected, all the elements that compose it were already in existence: a classic armchair in fake Rococo style, banal and almost in bad taste, and a decorative pattern taken up evenly from a work by the master of Pointillism Paul Signac.

A purely cerebral and literary creation, the armchair is also conceived as a tribute to the writer Marcel Proust and to his conception of memory, seen as the arbitrary juxtaposition of memories fragments that emerge almost casually from the past. The armchair was born as a unique piece, entirely hand-painted and presented in Ferrara in 1978 at the exhibition “Close encounters of architecture”, promoted by Andrea Branzi and Ettore Sottsass.

Cappellini has been producing it since 1993, always with artisanal methods: the wooden structure is carved and painted by hand with small multi-colours, while the stitching is covered with a pre-printed fabric that takes up its decoration. Since 2009 Cappellini has produced Proust Geometrica, in which the same eighteenth-century armchair is rethought by Mendini with a completely different decoration, with large and bright colour fields of almost cubist inspiration.

Coherently with his basic concept, over the years Mendini has created ever different versions of this armchair, playing with the different materials and producing it in unique pieces or in small limited series. In 2011 he also authorized the production of a plastic version suitable for outdoor use, entrusting it to the Venetian company Magis. The Magis Proust armchair is made of moulded polyethylene and is also available in a single-color version. 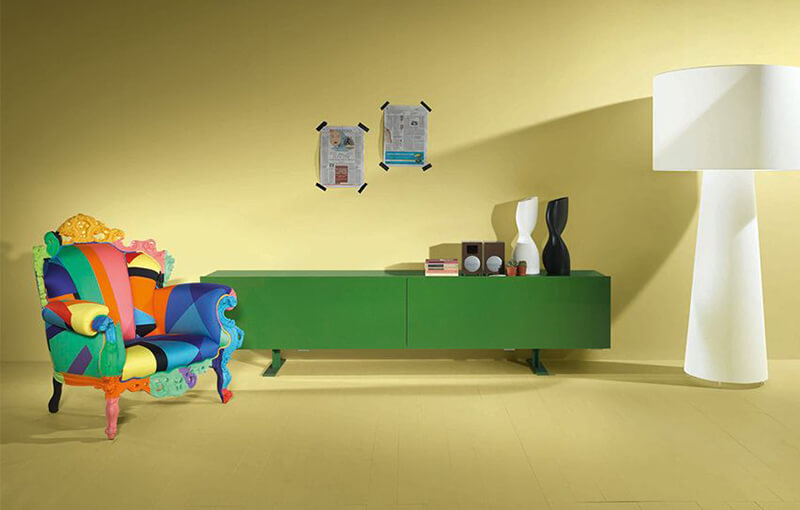 Farewell, innovative project: the new does not exists, it's all styling and redesign