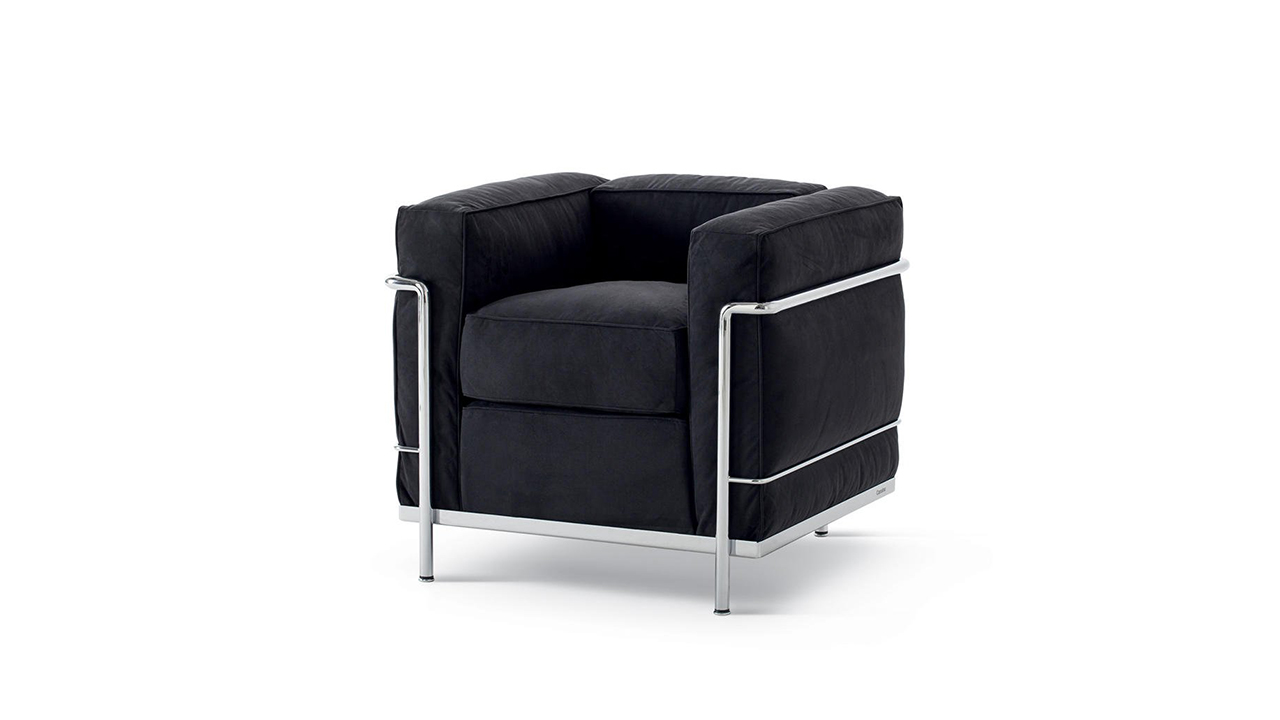 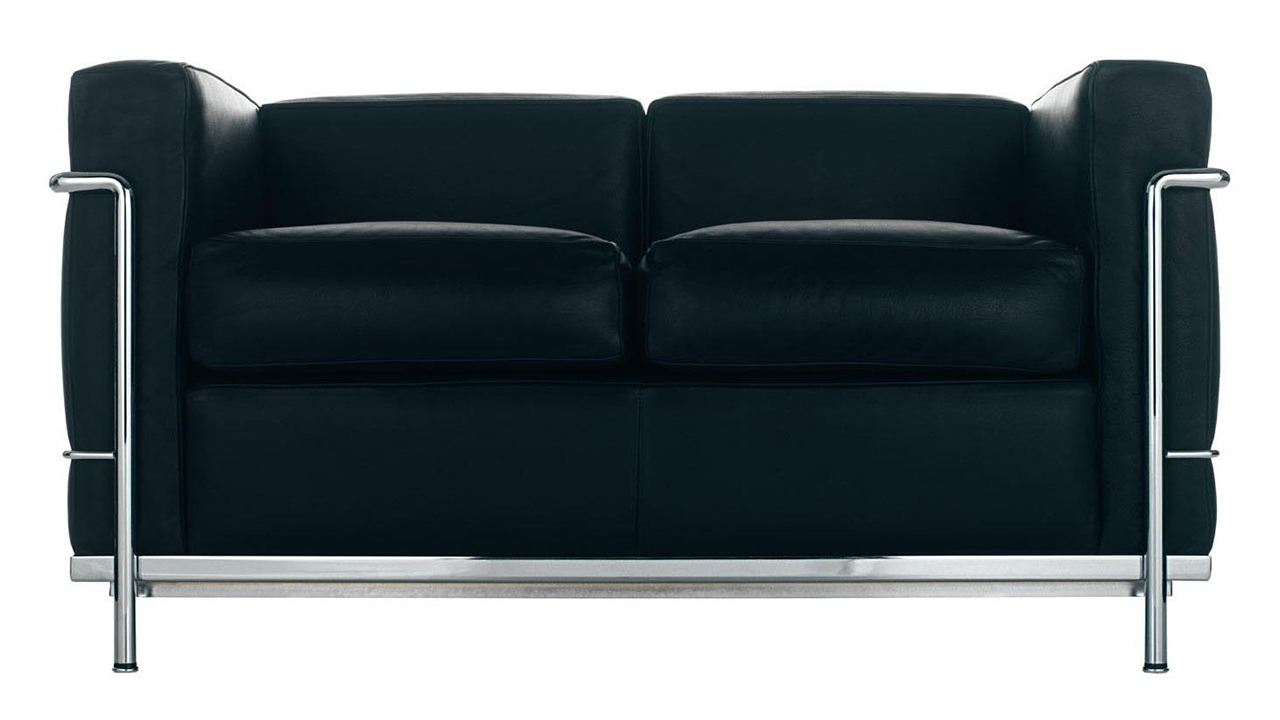 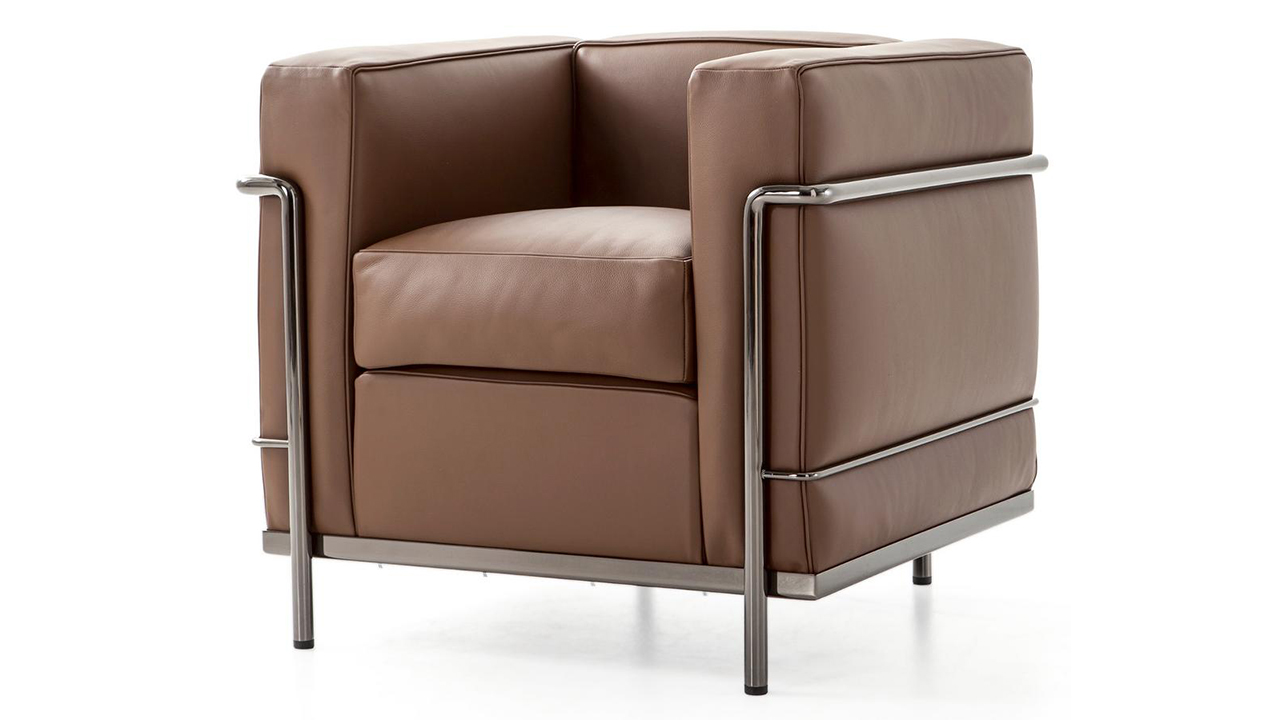 This collection, known to the general public with the name “LC”, owes its birth to the program formulated by Le Corbusier in April 1927, divided into a series of sketches and models where the relationships between man and space are defined, as well as solutions aimed at respecting coexistence by harmonizing gestures and movements within a structured furniture system.

Another factor of extreme importance is the meeting between the architect Le Corbusier and two other prominent personalities: Pierre Jeannaret and Charlotte Perriand. Taken in charge and created by the latter in 1928, as a partner of Le Corbusier and Pierre Jeanneret for the furniture collection, the program will result in the creation of the Fauteuil grand confort, grand et petit modèle armchair, the tilting chaise longue and the Fauteuil tilting armchair dossier basculant, to which will be added the Fauteuil pivotant swivel armchair and the Tabouret pivotant stool, as well as the Tabouret de salle de bains stool, previously created by Charlotte Perriand alone.

The entire collection designed by the three designer architects was produced for the first time by the Thonet company since 1930 under the name “Le Corbusier, P. Jeanneret, Ch. Perriand”.

A second edition was later launched in 1959 by a gallery owner from Zurich, Heidi Weber, with the abbreviation LC (which stands for “Le Corbusier”) that has made it known to the public today. On 23 October 1964 the Italian company Cassina acquired the rights of a first group of models – LC1, LC2, LC3, LC4. Other models were added later: especially in 2010 the LC collection was expanded with wooden models designed by Le Corbusier alone. 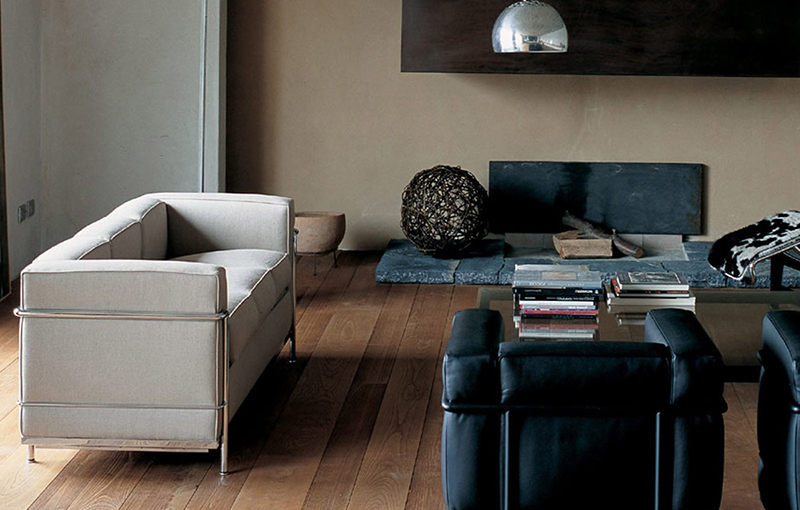 A timeless collection, capable of revolutionizing the concept of design

The LC series is one of the greatest celebrations of rationalism, where the separation of each component – from the external structure to the individual internal elements of the seat – follows an industrial and futuristic production logic. As if to say, the aesthetics of the forms must arise from a concrete need for comfort, from a functional need. The result is a breakdown of the conventions of design, with a frame facing outwards rather than inside, so as to highlight the grace and commitment put into its realization.

Cassina LC2 armchair and sofa express a concentration of elegance and creativity; with their finishes, the minimalist structure and the lack of ornamental elements, they are a classic example of the modern style embraced by Le Corbusier.