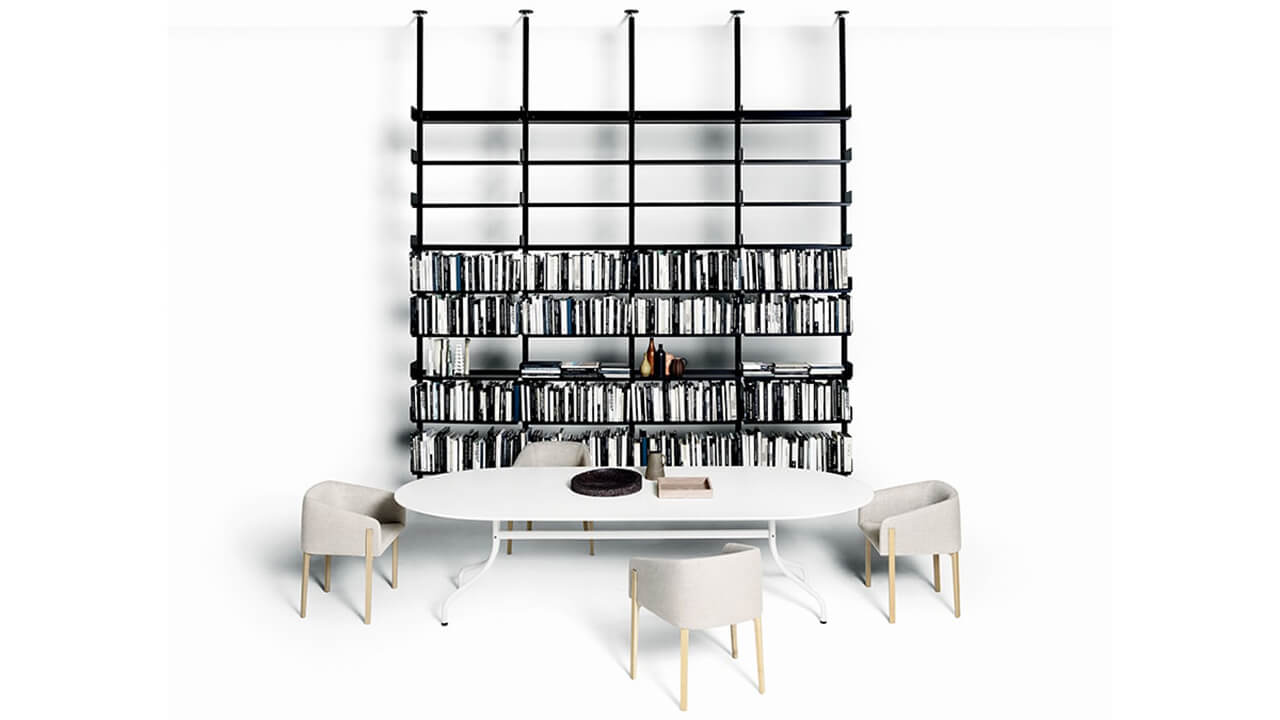 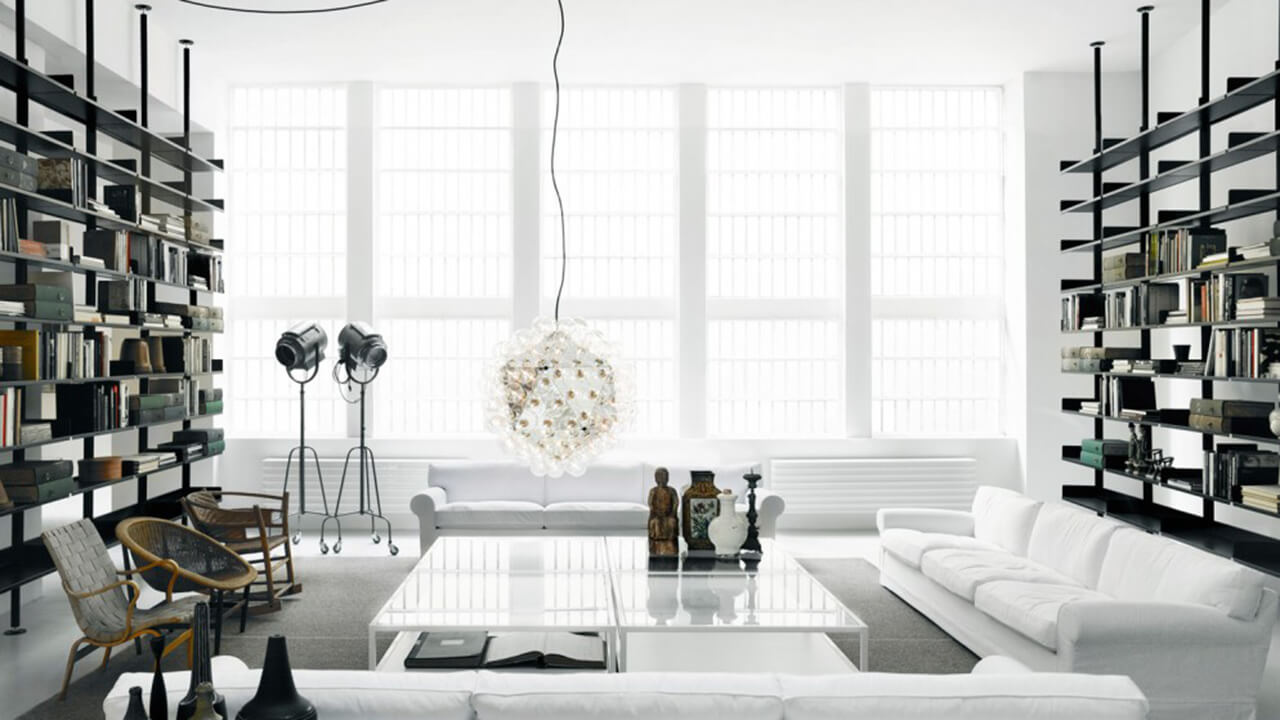 Bookcase 606 Universal Shelving System, with simple and functional shapes, rigidly geometric, constitutes a timeless model of shelving that results still highly current today. One of its strengths is its great versatility: it can be attached to the wall in modular compositions of different dimensions or it can assumed the function of dividing bi-facial bookcase, supported by two pillars fixed to the ceiling or to the floor.
It bears the signature of the legendary Dieter Rams, historical design responsible of the Braun company, used to working on highly technological items. Rams loved to express his production philosophy with a variant of the famous motto of Mies van der Rohe “Less is more”, that he adapted in “Less, but better”.
The vocation for minimalism is one of the cardinal aspects of this bookshelves, initially designed in 1960 for a Braun showroom. The shelves are made of thin aluminium sheets with a slight fold at the ends supported by pillars or by supports hooked to the wall. Elements that give to the bookcase a rigidly technical look, of elegant rationality. 606 Universal Shelving System can also be equipped with chest of drawers and with desk top.
The bookshelves was industrially produced by the German Vitsoe-Zaf company, then it moved to London with the sole name of Vitsoe. In 1984 Maddalena De Padova obtained the rights to produce an entirely aluminium version from Dieter Rams, even now among the best-sellers in the De Padova catalog. The bookcase is available in three different aluminium finishings; satin anodized, matt black anodized or white painted. 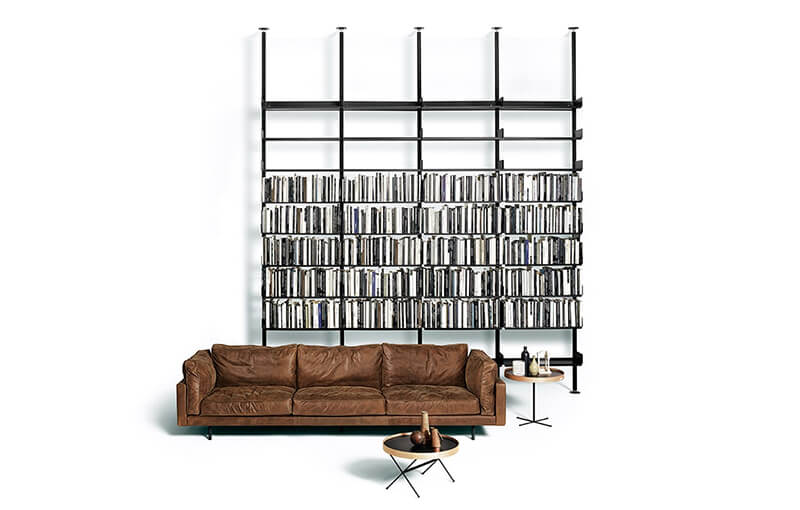 A shelving system should be like a good English butler, always present when needed, but invisible the rest of the time 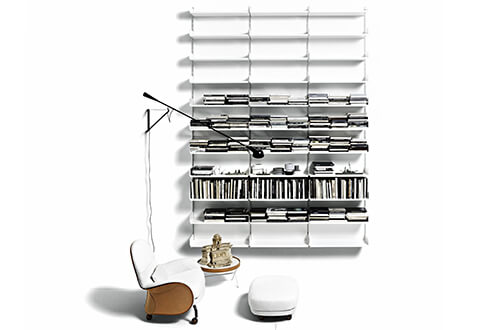 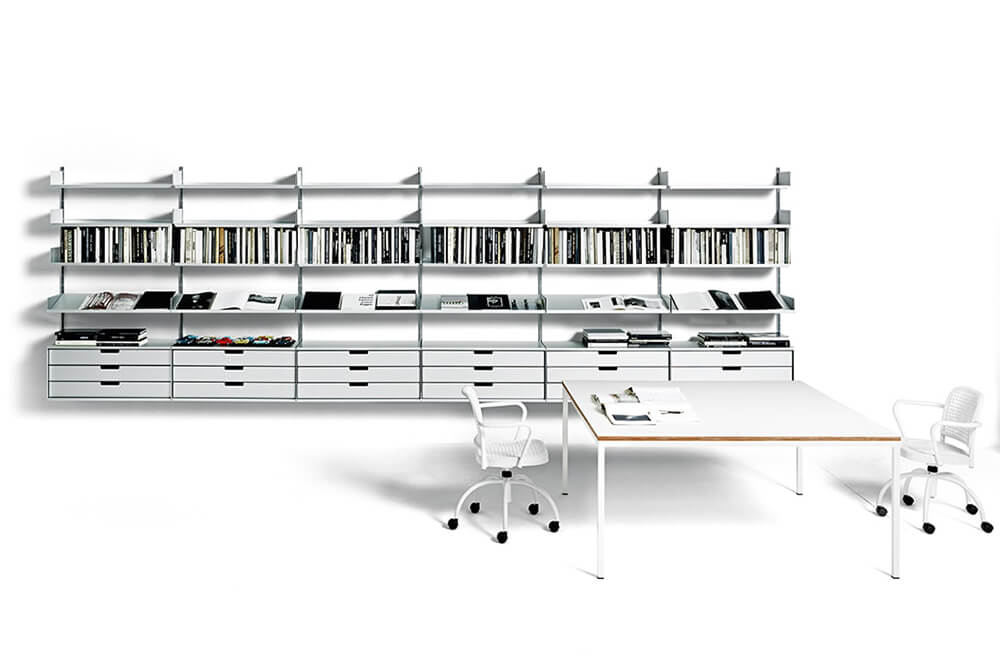