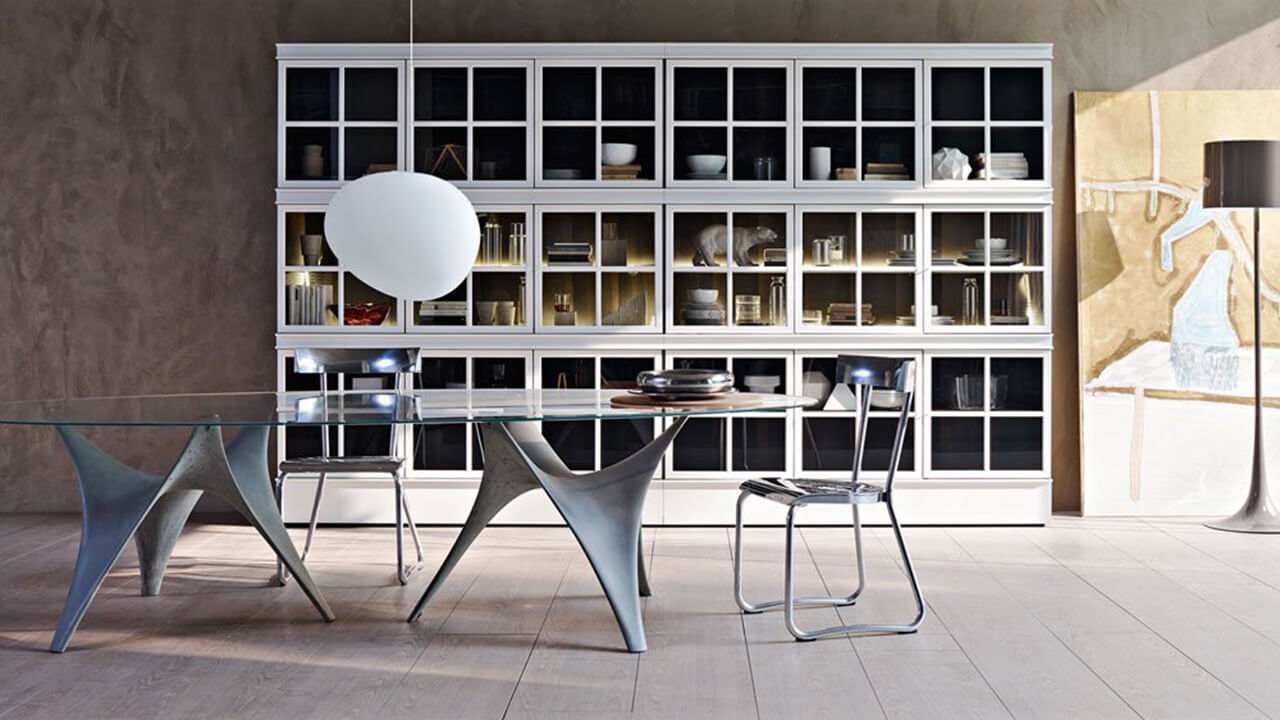 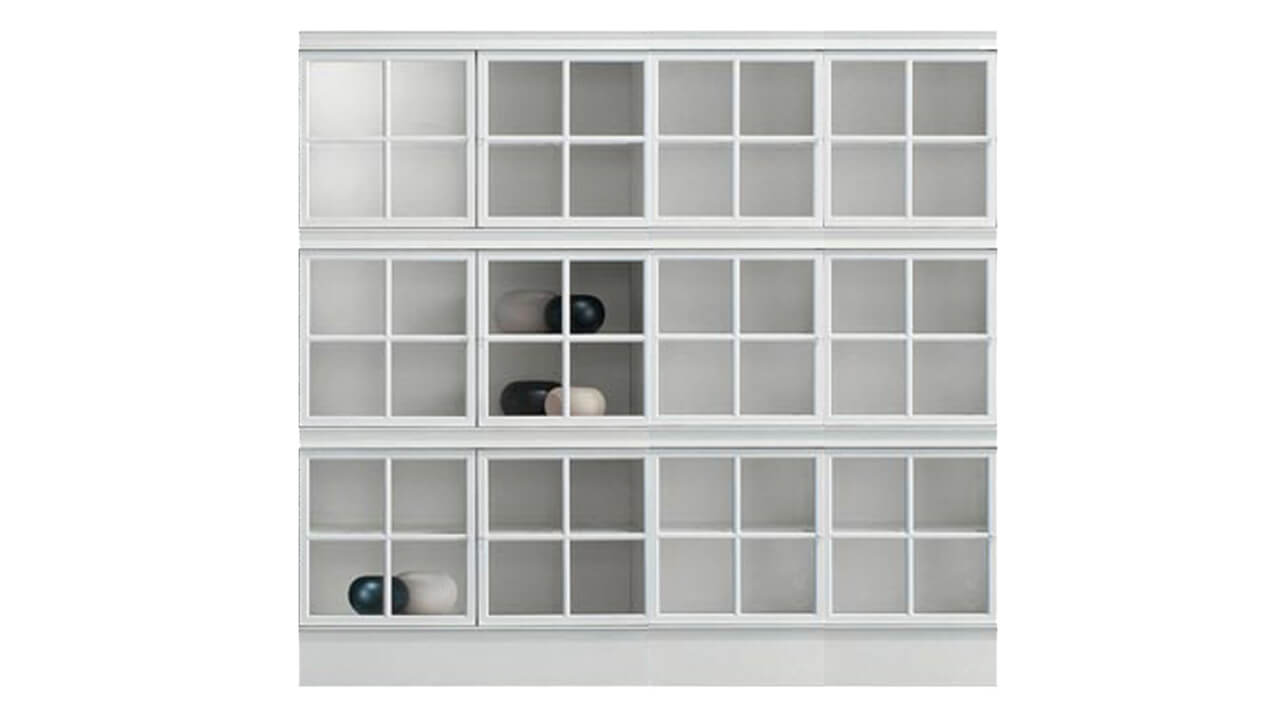 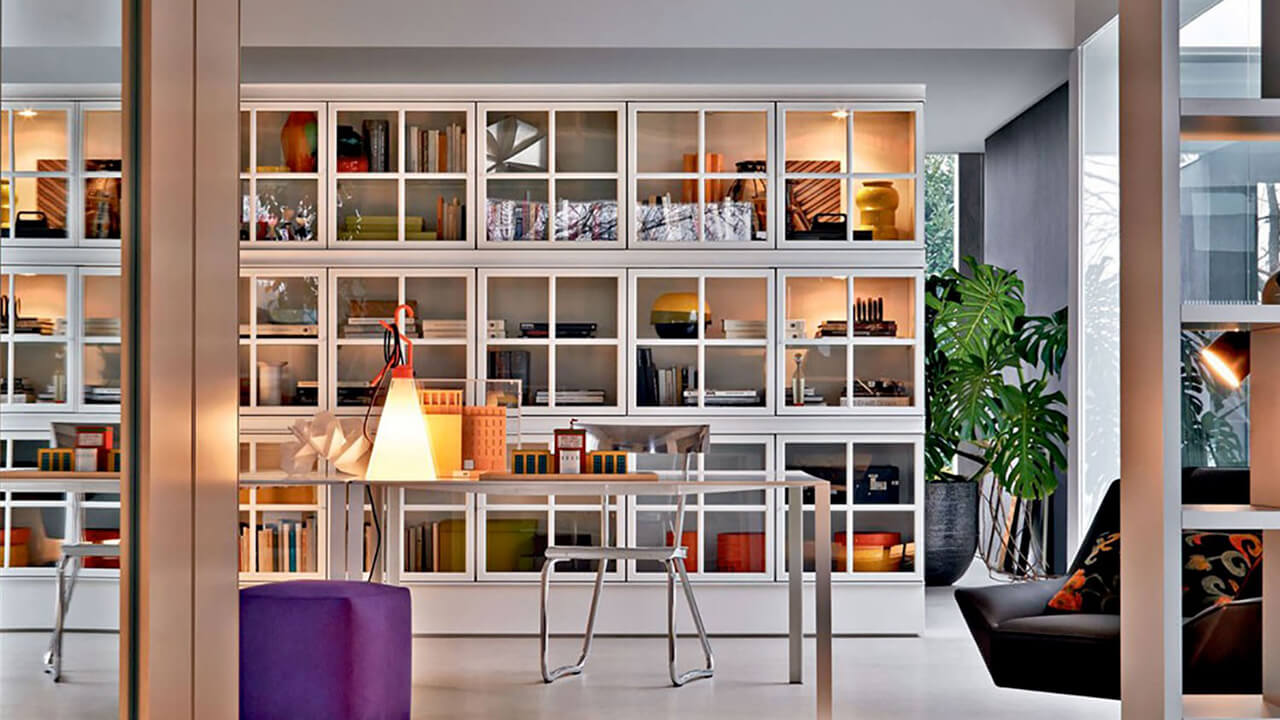 The great secret of Piroscafo by Molteni&C is first of all its versatility: positioned in a kitchen it perfectly assumes the function of a sideboard, in the living room t becomes an elegant showcase while in the study it becomes a practical and spacious bookshelves. Piroscafo is a real domestic storage, where the capacity doesn’t come at the expense of the order.

It is designed by Aldo Rossi, one of the most important Italian architects of the twentieth century,  the first to win the prestigious  Pritzker Prize – considered the Oscar of the architecture. The Milanese Rossi allowed himself only a few and sporadic forays into the world of product design, many of which  with Molteni&C, making a close personal and professional partnership with the Molteni family.

This collaboration has his trait d’union in the figure of Luca Meda, art director of Brianza-based company and a great friend of Aldo Rossi. Piroscafo, created in 1991,  also bears his signature. The front of the bookcase recalls the façade of a large building, marked by an orderly series of windows in glass. His inspiration model is the headquarters of the Umbria Region in Perugia, designed by Aldo- Rossi himself.

A bookcase- architecture, therefore, divided into open modules or protected by glass windows divided into four equal parts by a cross-shaped metal frame, matt lacquered in white chalk, platinum or anthracite. The structure is instead in wood and it can be lacquered in different colors. It is possible to equip the interior with led light  bars or with chest of drawers. 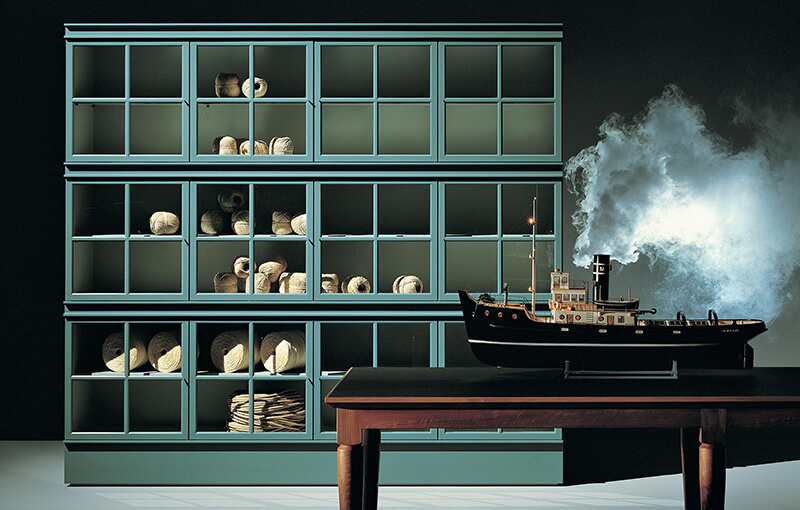 The more I see the world, the more I feel being a citizen of it and the more I want to go back to the old way of things