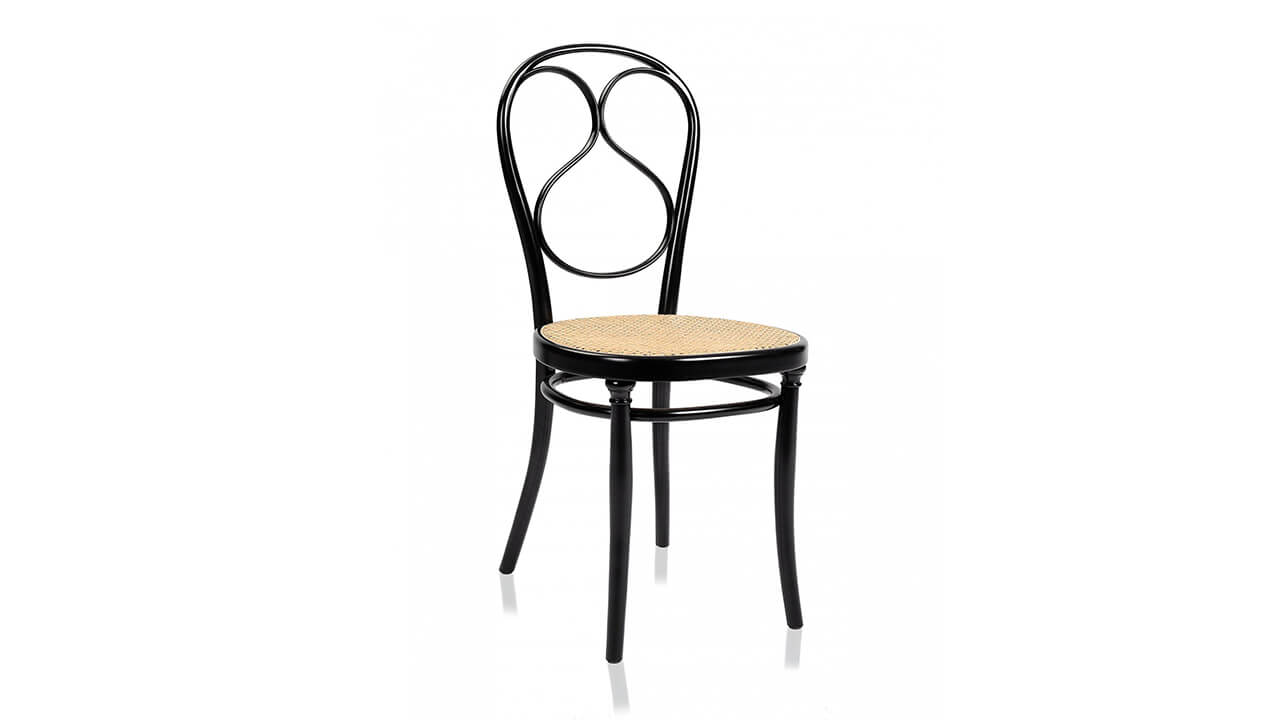 The Thonet No. 14 can boast an enviable record: in fact it is probably the best-selling chair in history. Its curved lines have accompanied us for more than a century and a half and represent a decisive turning point in the development of modern furniture. Despite its age, the chair nr. 14 is still fascinating and current, bringing with the vintage suggestion of the ancient Viennese coffees.

Its story is also the story of Michael Thonet, the man who invented and patented the technique for steam bending wood and who was therefore called to Vienna by Chancellor Metternich in person to start the first real business industrial furniture production in history.

The first Thonet catalog was published in 1959 and contained twenty-six products in total, including fourteen chairs to which numbers 1 to 14 were assigned. The chairs were all inspired by a simplified version of the Biedermeier style, very popular in the Vienna of era, and differed only in the shape of the back. Of all the No. 14 was the simplest and cheapest – it cost only three guilders – and for this reason it became the most successful model.

The N. 14 chair consists of only 6 pieces of curved wood screwed together: the largest forms both the two rear legs and the outermost part of the backrest, bending in a bold and sinuous curve, there are two more that they constitute the front legs and two that have a structural support function, one for the seat and one for the back. The sixth is circular in shape and constitutes the actual seat, made of Vienna straw to ensure greater elasticity and comfort.

Thonet was a company based on a very modern industrial principle, capable of creating a widespread international sales network and with great attention to logistics: No. 14 chairs were shipped disassembled and were assembled directly on site, allowing 36 to be stored specimens in a single cubic meter. Also from a stylistic point of view, Thonet’s No. 14 preceded the times: it anticipated at the same time the refined curves of the liberty and the formal inspiring principles of the Modern Movement.

N. 14 is still produced today by Gebruder Thonet Vienna, capable of combining philological precision and rigor in the forms with a wide choice of finishes that make it suitable for environments with the most different styles, even more distinctly contemporary. 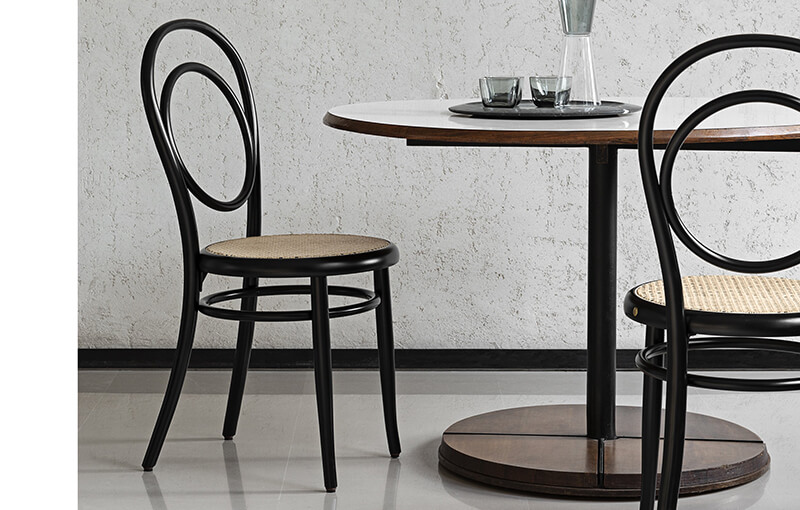