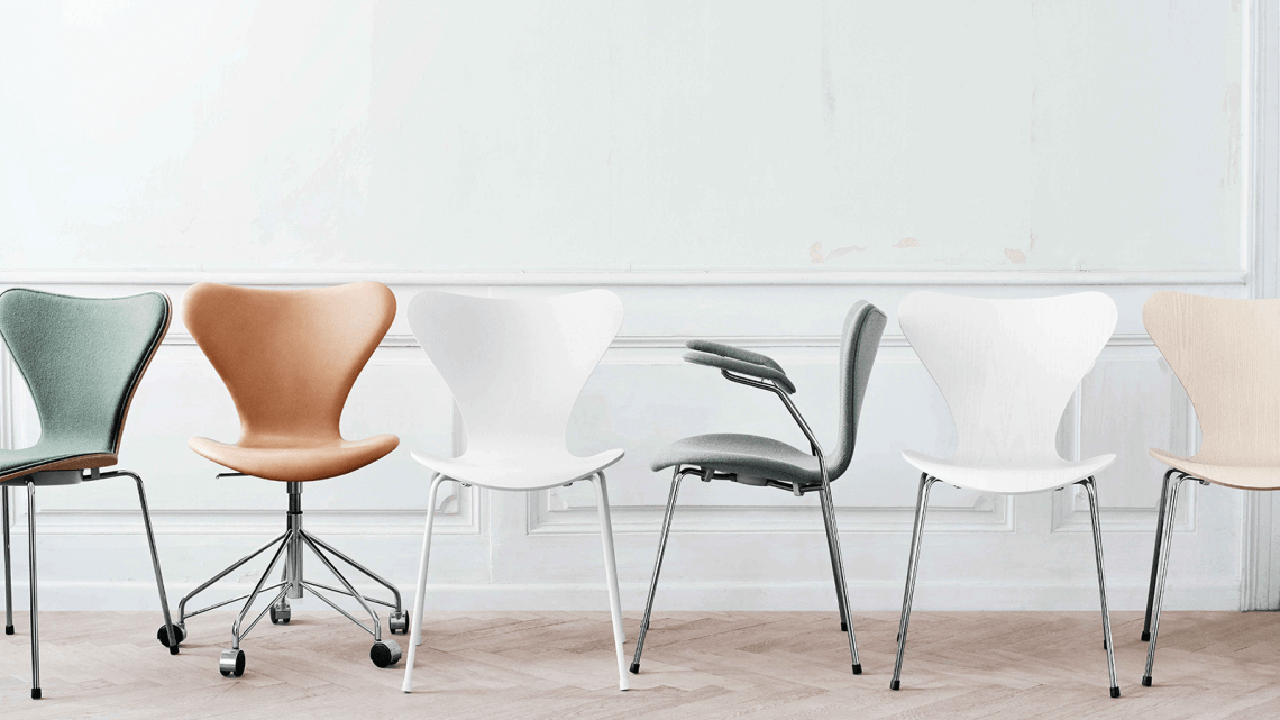 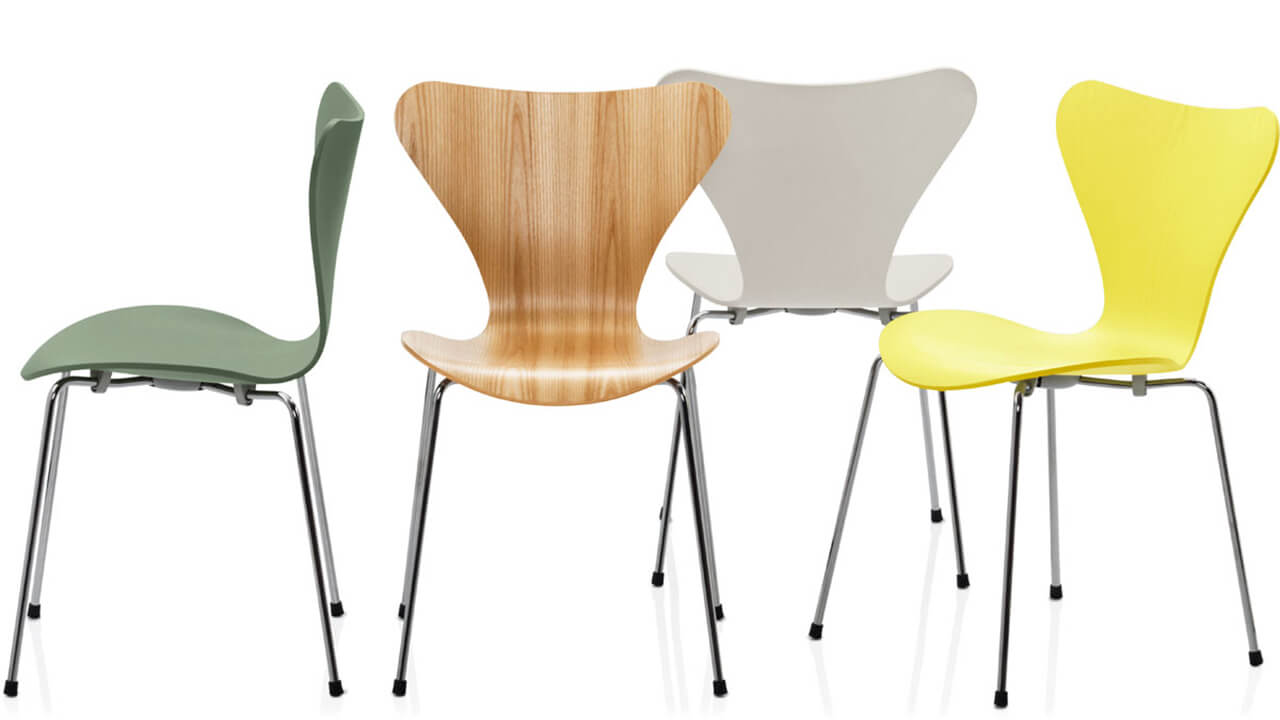 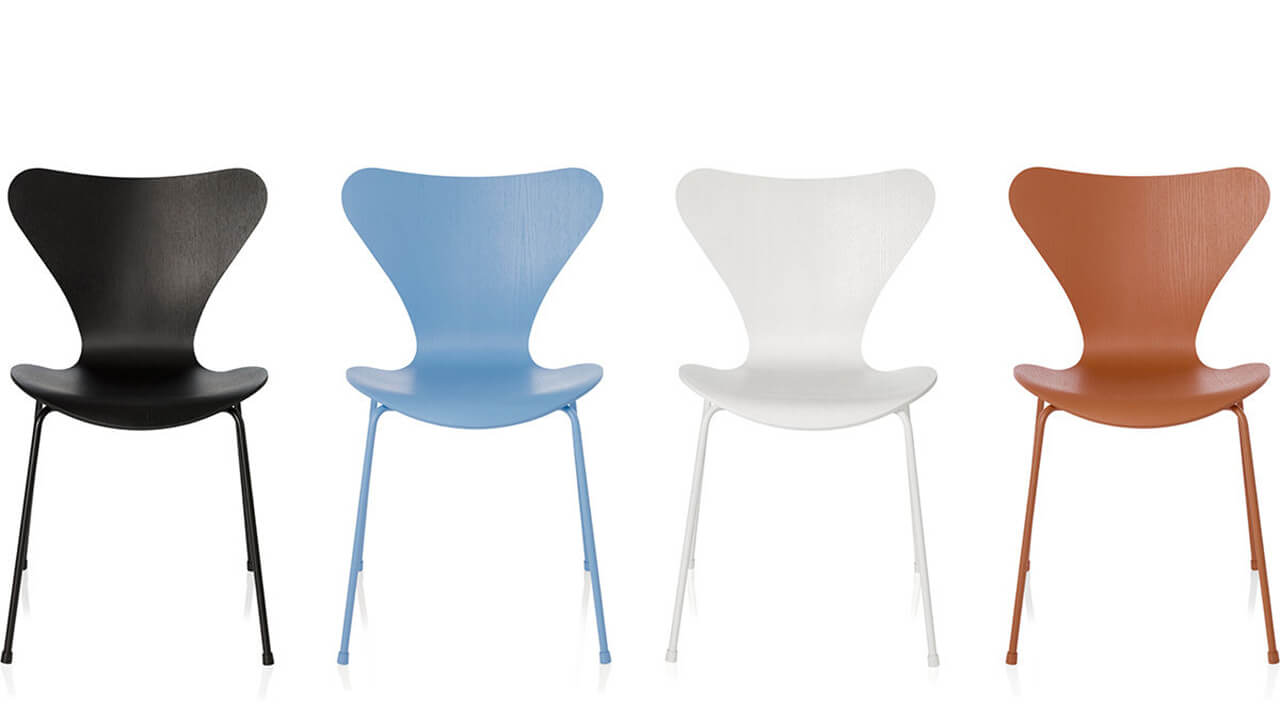 The “Serie 7” by Fritz Hansen is without any doubts the most famous and best selling chair in the history of Danish design. It owes its success to captivating shapes and great practicality: it’s light and easy to move, easy to cleand and stackable. It is the arrival point of a long series of experiments by the designer Arne Jacobsen, inspired by the works of Charles & Ray Eames.

Like them, Jacobsen has made a fundamental contribution to the archetype of the modern chair, clearly separating the shell and the base both in appearance and in the use of materials. The first is an evolution of the Ant Chair, designed by Jacobsen a few years earlier: it is made up of a unique sheet of veneered wood, which in this case takes on welcoming and sinuous organic shapes, characterized by the ample sides of the backrest, that take in a thin connection with the seat which gives the chair an almost anthropomorphic appearance.

The four legs, stable but very thin, are instead made of chromed steel and do not interfere with the surrounding space, thus contributing to focus all attention on the shell silhouette. With this project, dated on 1955 and initially put in the market under the name 3107 for the chair, Jacobsen expands his attention beyond the strictly domestic space : Serie 7can be used as a dining chair, but it is also perfectly functional for public spaces such as schools, dining halls, offices waiting rooms.

This extreme versatility is emphasized by the large number of variants and finishes available in the Fritz Hansen catalog: the shell can be made with veneers of various woods, with a warm and natural look or entirely lacquered in different colors, or, again, in ashwood stained in different nuances showing the grain of the wood. It can also be covered in leather or in fabric,entirely or even only in the anterior part.

Series 7 can also take the form of a stool, with a raised base, a swivel and wheeled office chair or a small children’s chair. It can also be equipped with two armrests or with a writing tablet. 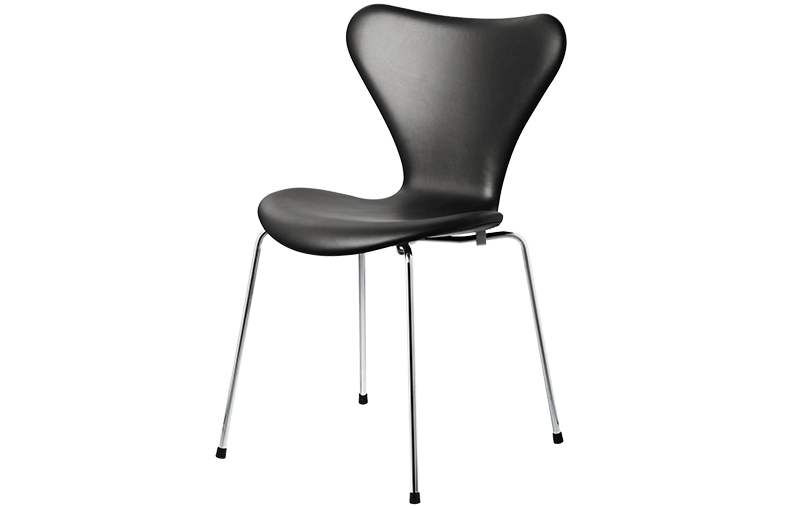 As I shape the seat and back out of one sheet of veneer, it is not enough to draw the shape. A seat is a three-dimensional thing, like a sculpture