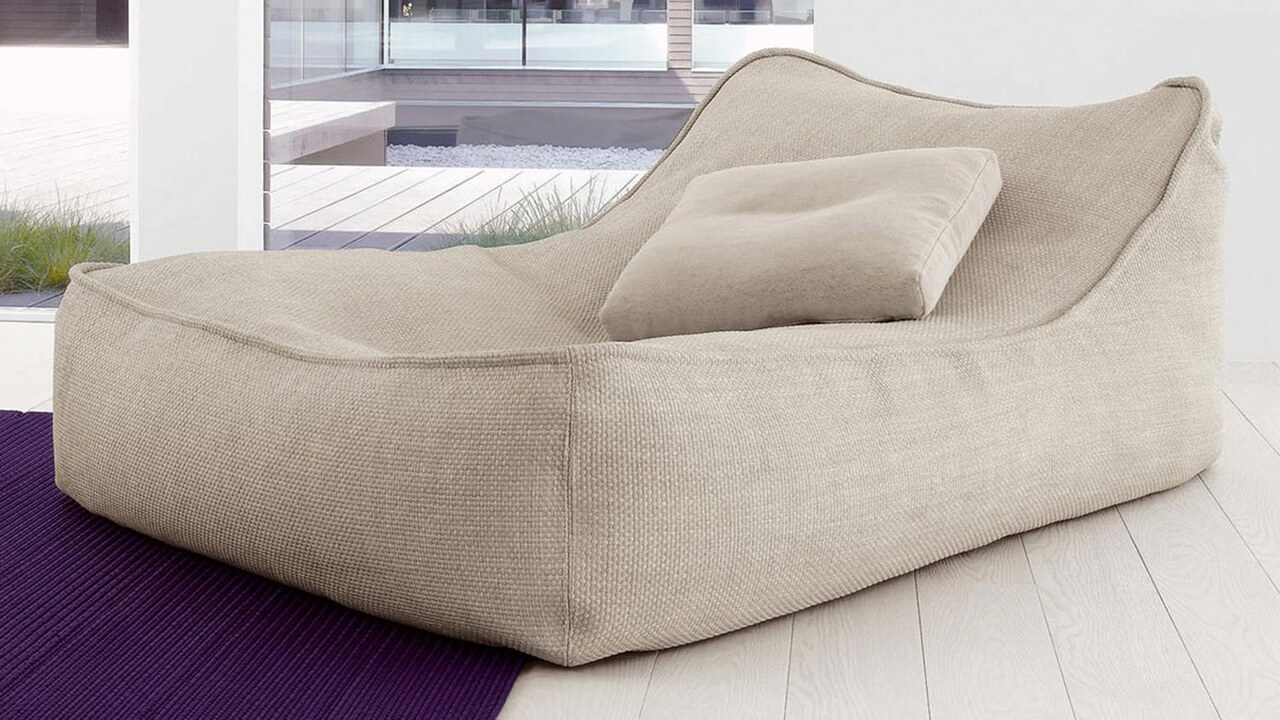 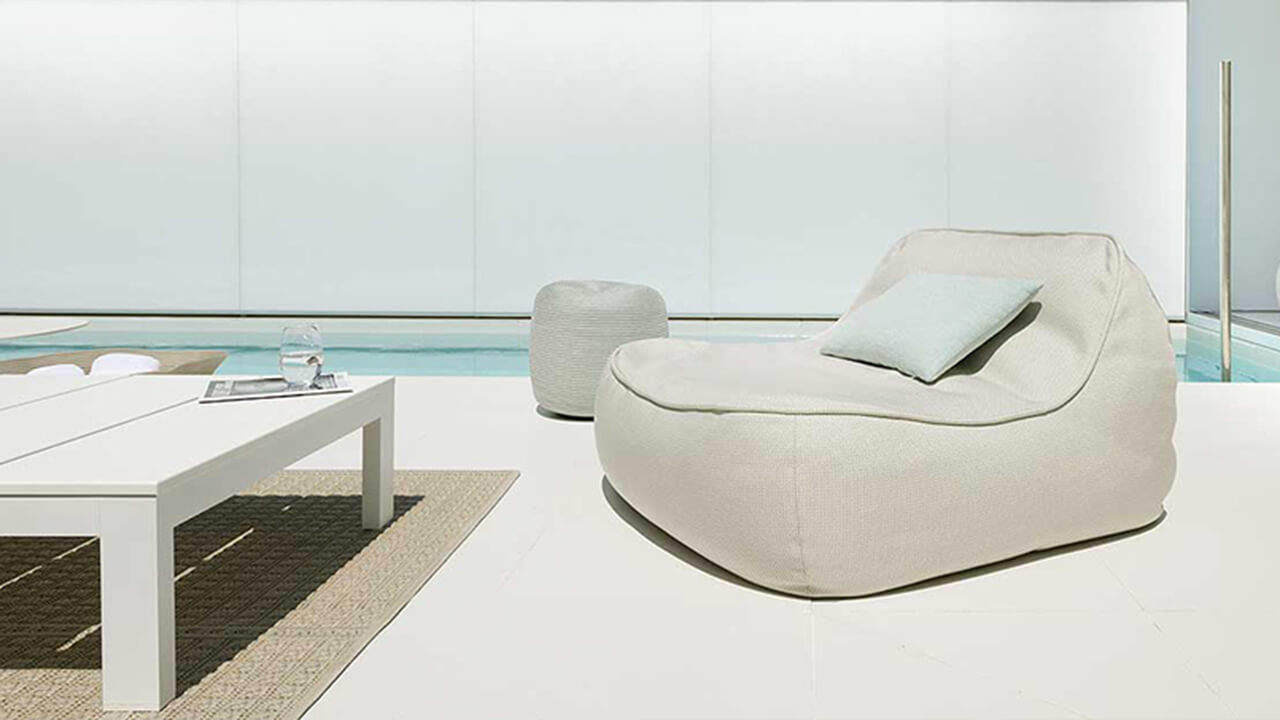 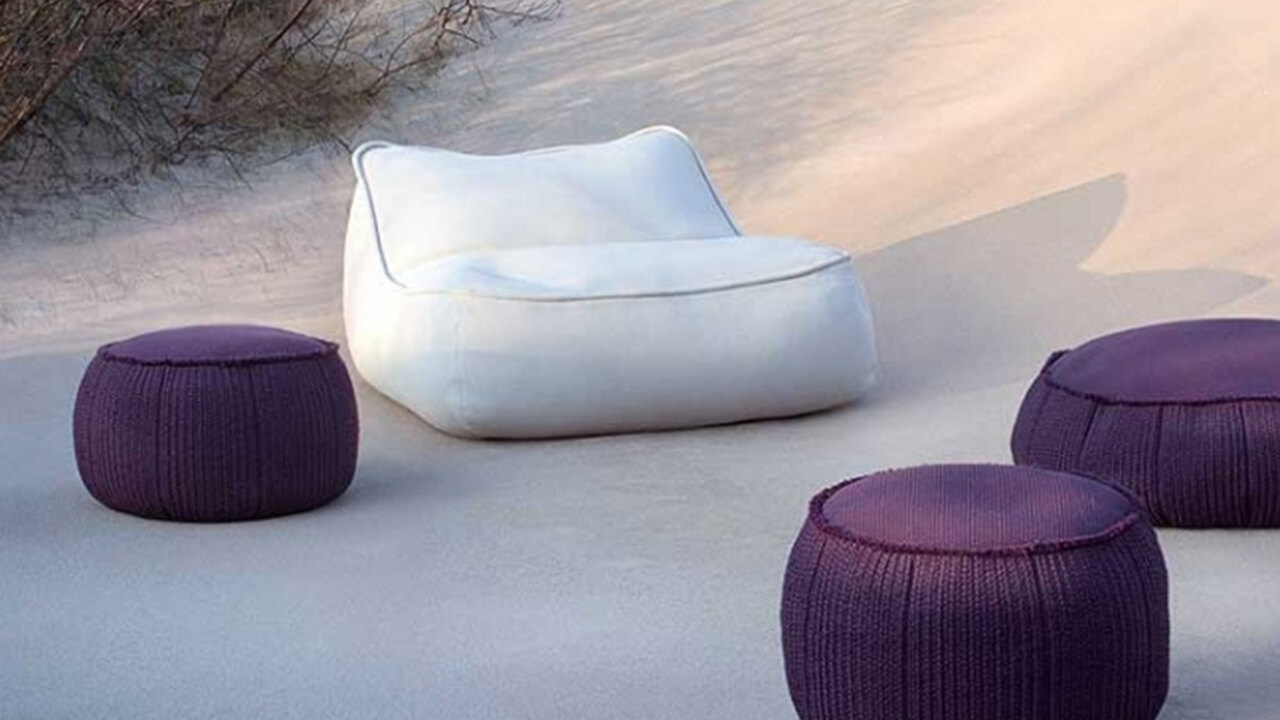 The series of Float chairs by Paola Lenti invites to the maximum abandonment in relaxation, allowing those who use them to sink into the shapeless contours of the armchairs, ergonomically modeled on the user’s body to the point of keeping his imprint imprinted when getting up.

Designed in 2007 by Francesco Rota, the Float series sees its most obvious aesthetic reference in the famous Sacco armchair by Piero Gatti, Cesare Paolini and Franco Teodoro. The internal structure is made up of a myriad of small polystyrene spheres covered with a polyester lining, which with their movement take on ever-changing shapes.

One of its strengths is the colorful coatings, a key feature of all Paola Lenti collections. Depending on the fabric chosen, the armchair can be adapted for outdoor use or for positioning indoors.

The most recognizable product of the series is the Float chaise longue, a sort of almost amorphous and unstructured sunbed that has the wide edges of the seam as its only decoration. The same principle gives life to the Float sofa, with an enlarged two-seater seat, and to the Float Easy Chair, on which to rest sitting instead of lying down. The Float Mini armchair represents a version in reduced proportions of the latter variant.

The Float collection is completed by Float Platform, a large rectangular parallelepiped that can be used as a seat or as a low bed; it also includes two round poufs and a more square one. 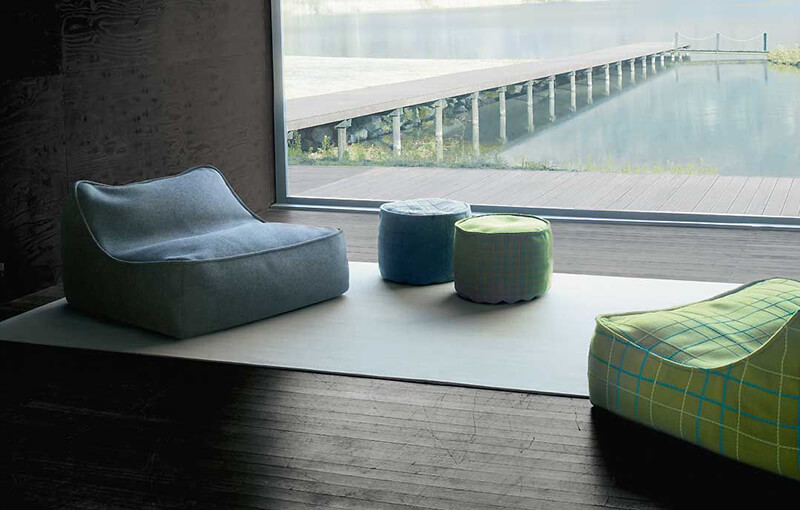 An elegant series of outdoor seats for every taste and style