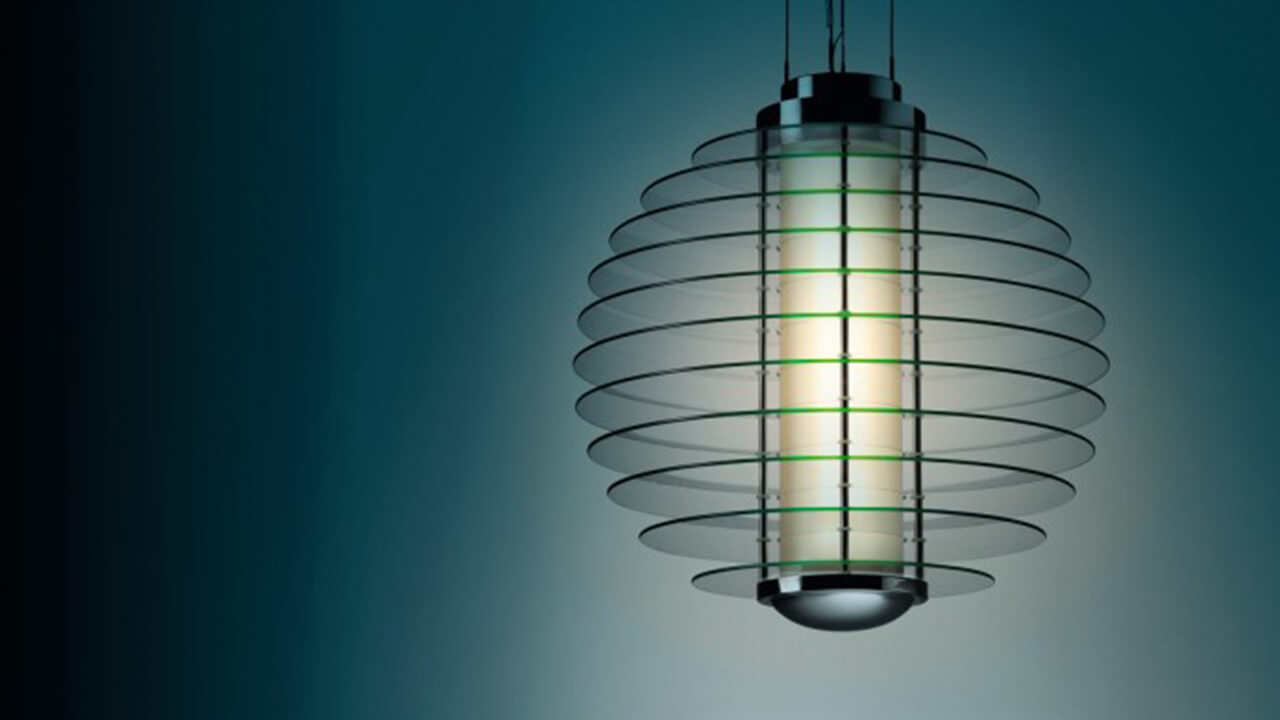 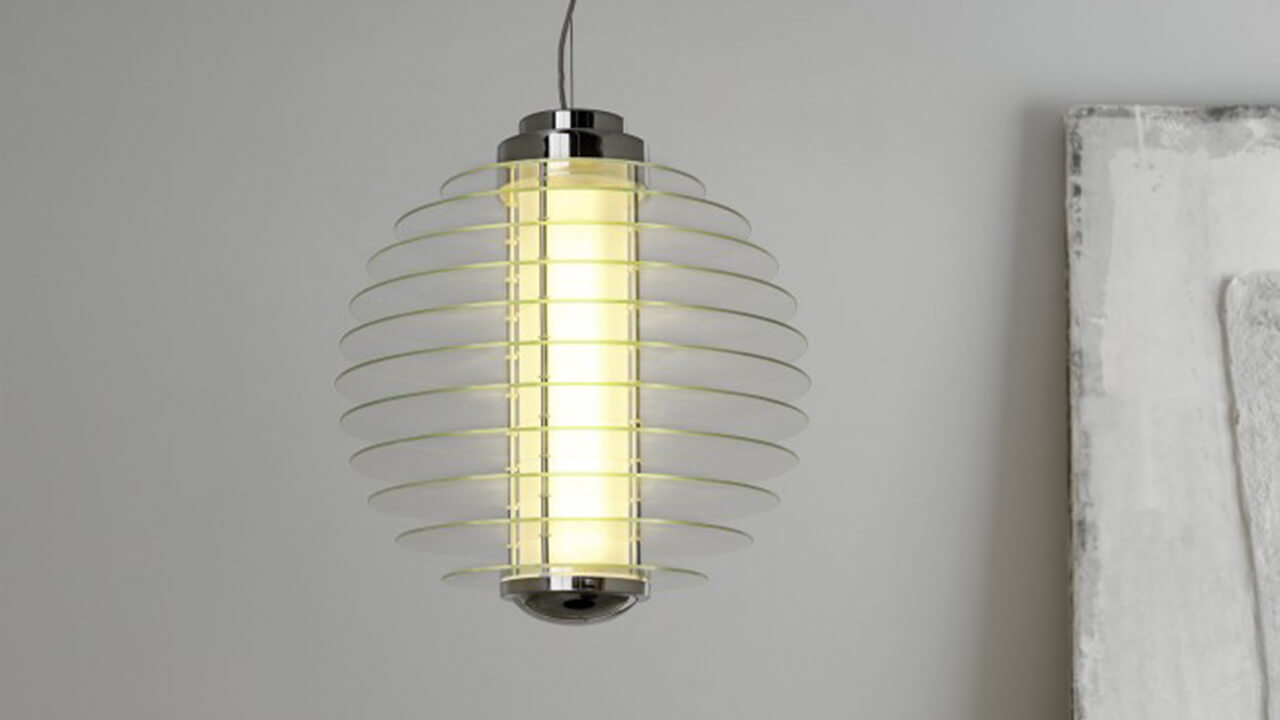 The suspension lamp 0024 by Gio Ponti is one of the very first creations  of the FontanaArte catalog and still remains one of its most fascinating products. Poised between Rationalism and Art Decò, with this project Gio Ponti wanted to create a lamp with a modern design but not without strong decorative values.

The 0024 lamp plays with the transparent effect, composing the  shape of a sphere through eleven thin disks in tempered glass with different diameters, which make it at the same time immaterial and voluminous depending on the chosen observation point.  This abstract geometry is compensated by the solid vertical volume of the diffuser, placed in the center of the disks and realized in satin glass to give the light a suggestive effect.

This lamp was part of few others, including the model Bilia, from the very first collection of the artistic lighting designed by Gio Ponti in 1931 for the Luigi Fontana glass-maker. It was  thanks to its succes that a couple of years later that both decided to found the Fontana glass-maker division dedicated to the artistic creations in crystal, on the Frech model: that’s how FontanaArte was born.

The 0024 lamp is also available in the monumental version 0024 XXL, with an almost triple diameter, which thus becomes a kind of huge suspended sculpture. The floor lamp 0024 derives from it, designed by Gio Ponti in 1933, in which the glass disks assume the form of an inverted cone and rest on a stem in chromed stell. 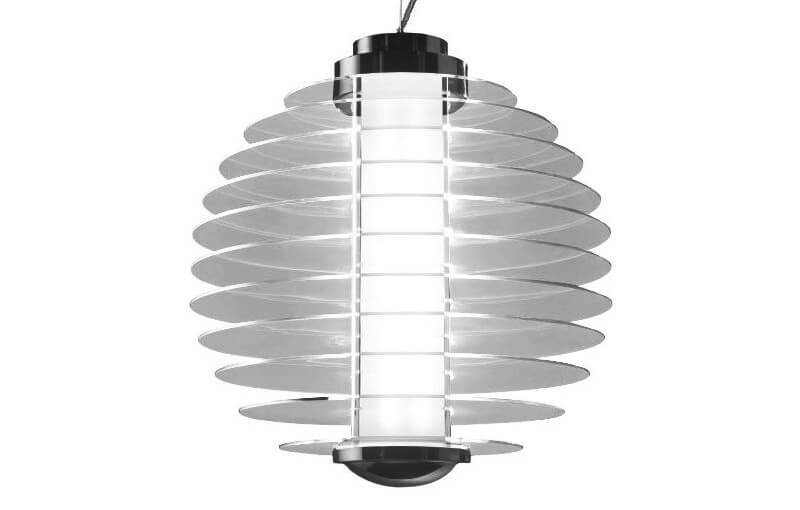 A fascinating creation poised between Rationalism and art Decò