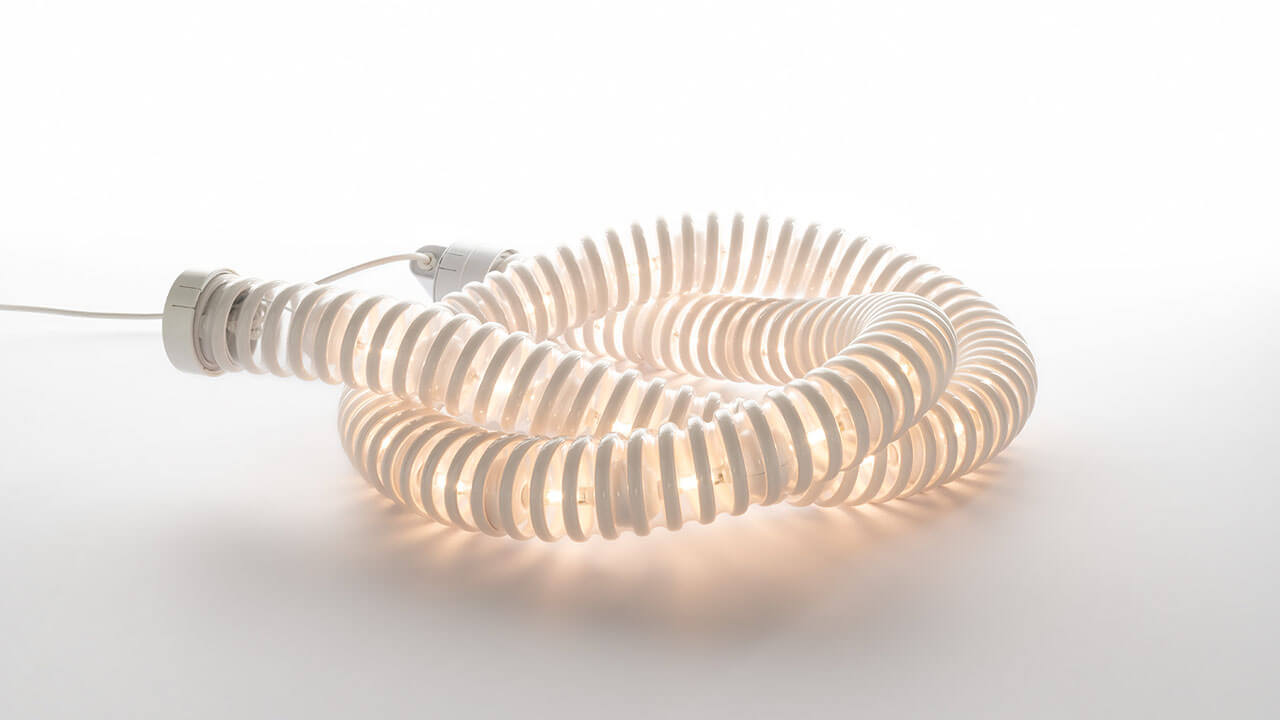 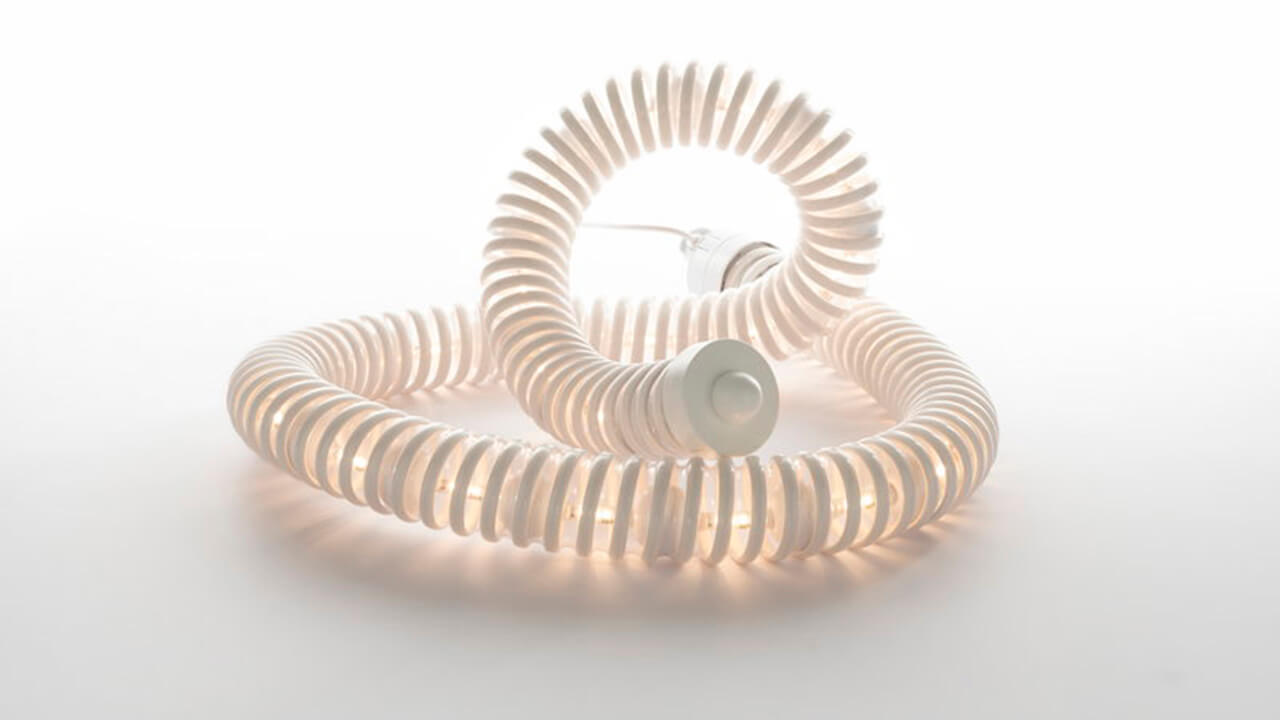 Since 1952 Livio Castiglioni independently devoted himself to the creation of design items, specializing in the design of lamps and electronic devices. It is in this period that together with Gianfranco Frattini he studied the Boalum, a lamp with a characteristic snake shape (boa + lum) inspired by the hoses of the vacuum cleaners.

Made in 1969 with a translucent PVC tube for industrial use lined internally with metal rings, in each section Boalum has four housings for as many low voltage bulbs. PVC, a soft and foldable plastic film, had been developed already in the 1930s, originally used for the insulation of cables and electrical wires. In the 1960s it became almost omnipresent, especially in inflatable furniture.

A further detail of Boalum is that each section can be connected to another, creating what the famous Domus magazine called “an endless snake of light”. Whether stacked, stretched, hung on the wall, placed on a piece of furniture or even on the floor, this very special Artemide product is suitable for illuminating any room in the house.

Its typically pop style made the fortune of Artemide who produced it from the beginning, then from 1970 to 1983, and finally relaunched it with some modifications in 1999. 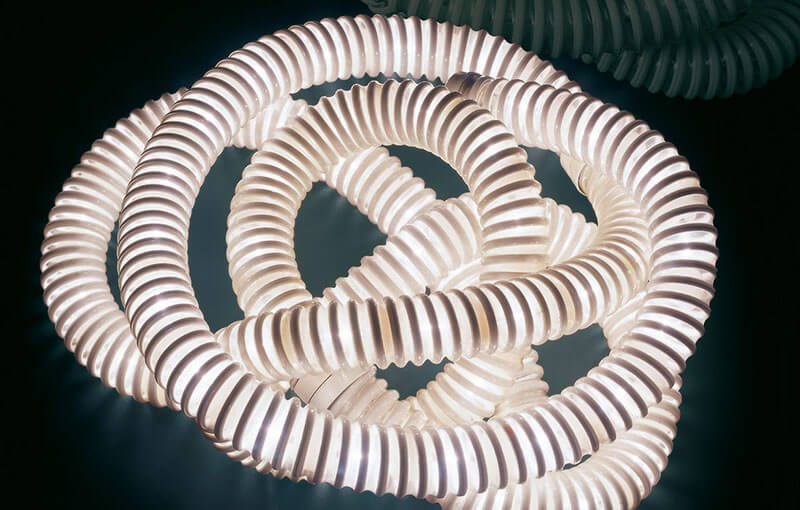 An endless snake of light