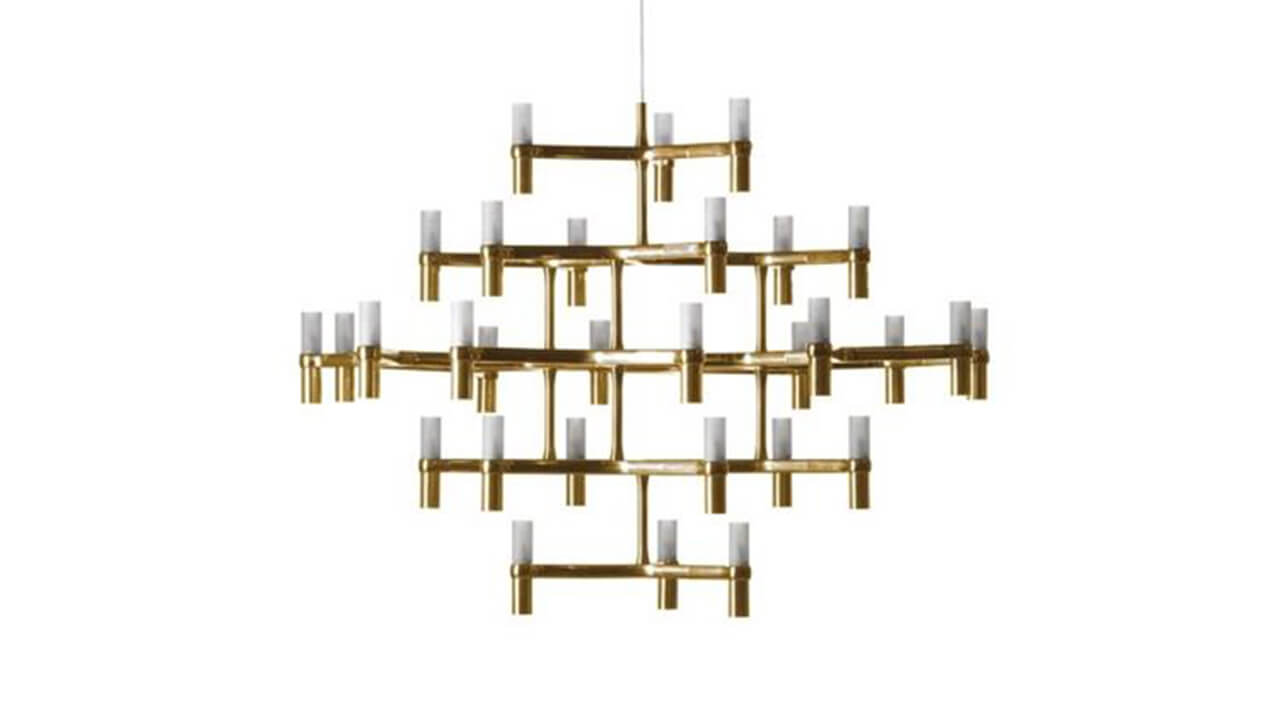 The Nemo Crown Major suspension lamp is a modernized version of the traditional and luxurious Venetian chandeliers. It replaces the classic and baroque crystal with an orderly painted aluminum grid of geometric precision, inspired by the shapes of a snow crystal.
Crown Major was designed for Nemo in 2009 by the Jehs + Laub studio, led by a couple of German designers with extensive experience in Italy, launched into the empyrean of the design stars by their collaboration with Nemo: Jürgen Laub and Markus Jehs.
The chandelier is composed of thirty sandblasted glass diffusers that surmount as many small light sources, halogen or LED, mounted on an intricate multi-level structure in die-cast aluminum, whose finish decisively determines the look of the lamp: in the painted versions in black or white and in the satin aluminum one it takes on a more contemporary look, while in the gold-plated version it takes on a sparkling opulence character.
The Crown family of lamps includes numerous variations, which take up the same basic module of the lattice in very different forms: showy and spectacular in the showy Crown Summa and Crown Magnum, until culminating in the monumental Crown Royal almost three meters high, or reduced to essential in the Crown Minor and Crown Multi variants.
The Crown Plana series of variants develops the netting on one level, allowing it to be extended in a luminous composition that follows the entire surface of the table on which it is placed. Leaving the suspension field, its characteristic cross-linked can be mounted on a base to form the Crown floor lamp or brought to the minimum terms in the Crown 2 and Crown 4 wall lamps, with a corresponding number of light sources.

Nature, again and again, inspires us to design – like the "crown", which comes from a snowflake