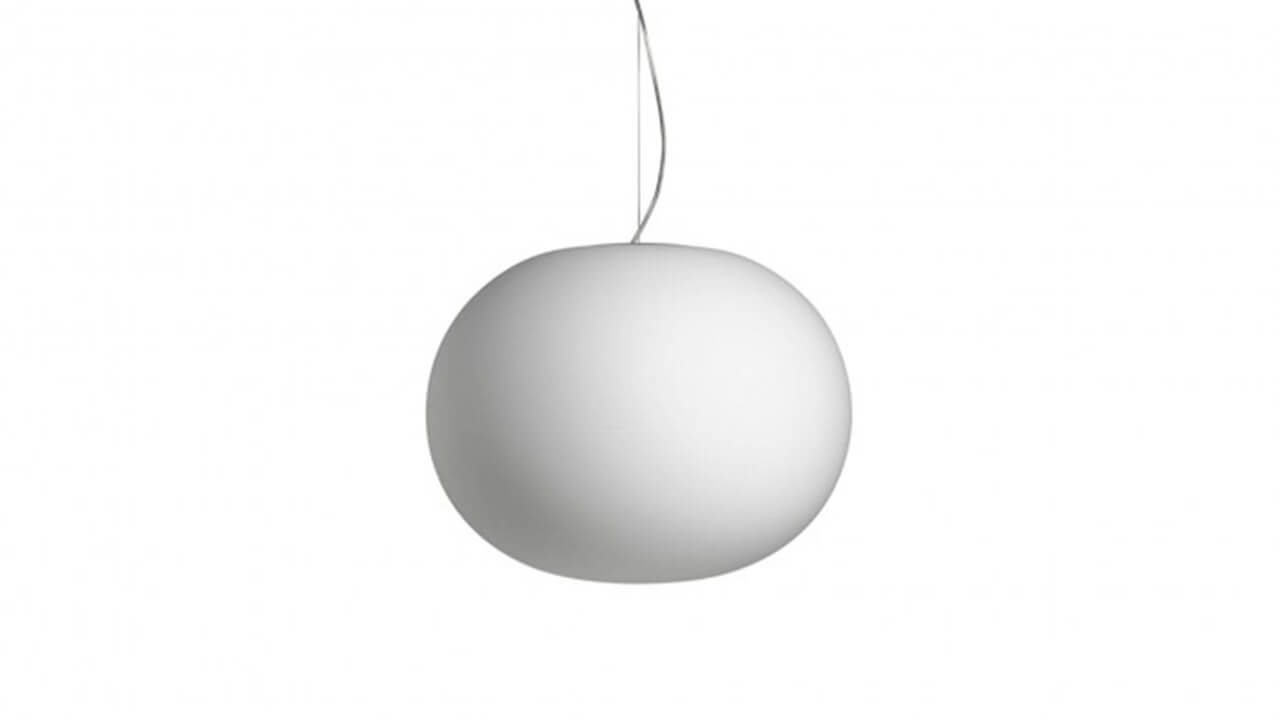 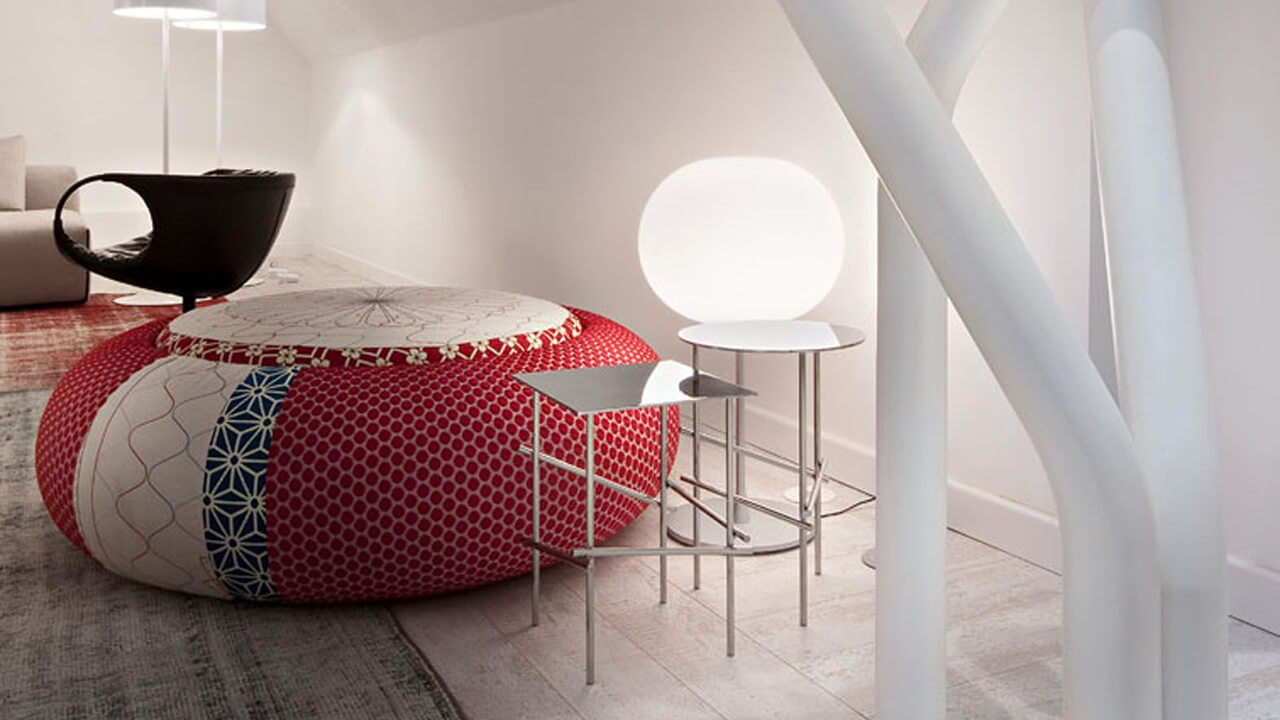 Glo-Ball is one of the simplest and most essential lamps in the Flos catalog, and at the same time one of its greatest successes. Its secret lies in its extreme simplicity, a key feature of the poetry of the designer Jasper Morrison. Inspired by the full moon of a cloudless night, Glo-Ball radiates a soft and uniform light around the room.

It is precisely the in-depth research on light that reveals the secret of this project, which, upon careful analysis, proves to be much more complex than it might seem at first glance. Morrison’s goal was to create a fixture that would allow the greatest possible diffusion of light without ever dazzling: to achieve it, the lamp is equipped with a double diffuser, one of which is transparent, hidden inside.

The external diffuser is in mouth-blown opal blown glass and is subjected to an acid treatment that avoids even the smallest reflection when the lamp is viewed from afar. It has the shape of a sphere not perfectly round, slightly flattened, like the terrestrial globe. It is these details that have allowed him to remain one of the major Flos bestsellers since its launch in 1998, despite the appearance on the market of numerous copies.

This basic idea is outlined in various versions: the Glo-Ball Basic is its most essential variation, consisting only of diffuser. The globe is otherwise placed on a metal stem, with equally sparse and essential shapes, going to form a table lamp or a floor lamp depending on its height. The same logic is followed by Glo-Ball Suspension, connected to the ceiling through a slender cable, while the Glo-Ball Ceiling version attaches to the ceiling or wall without the need for externally visible supports. 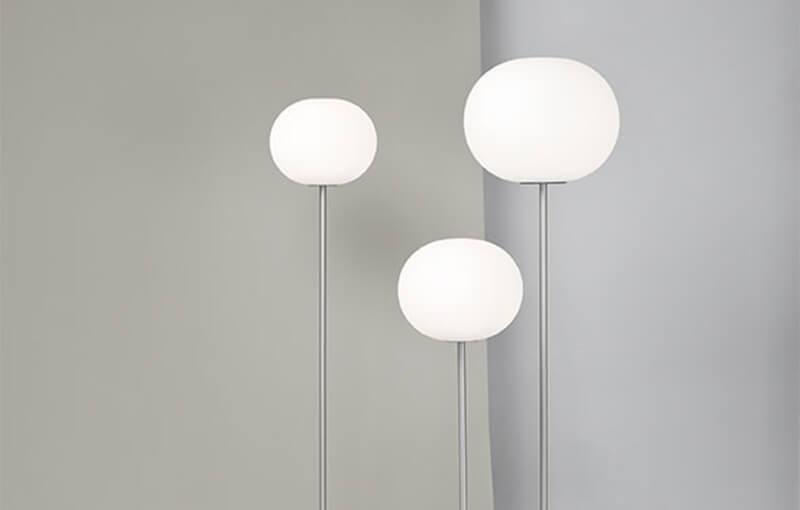 An essential globe, a perfectionist vision of light