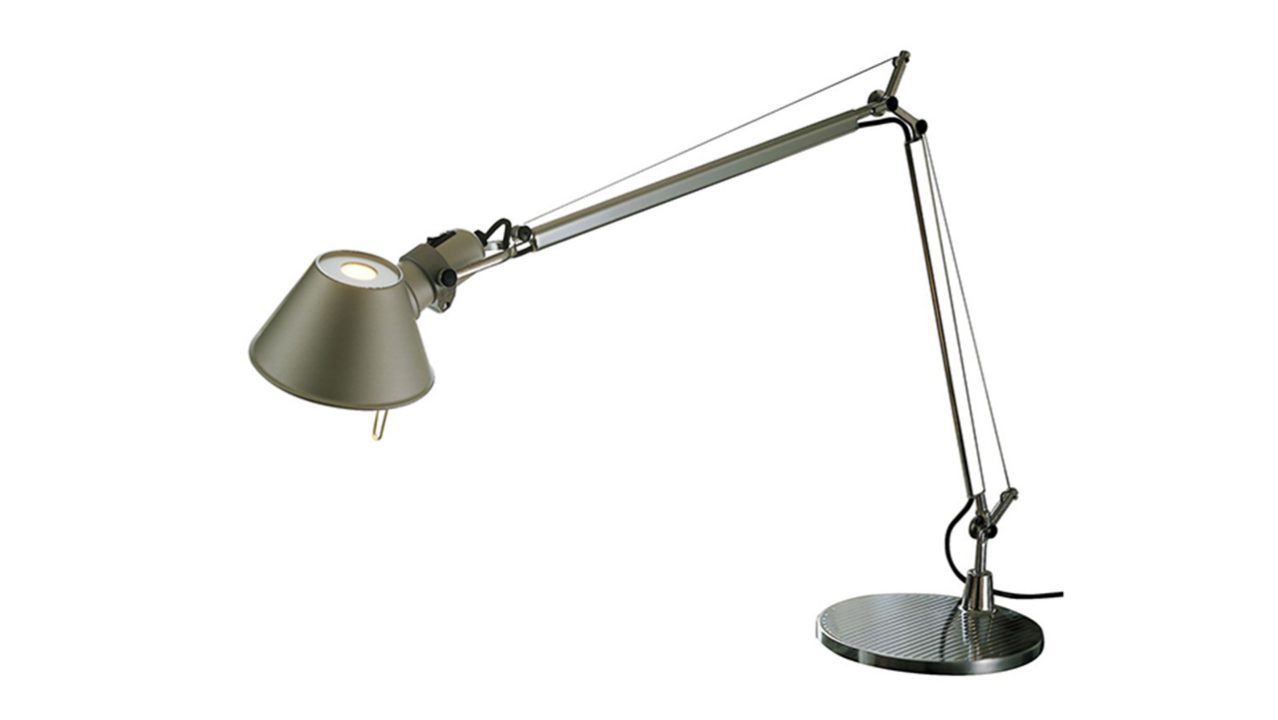 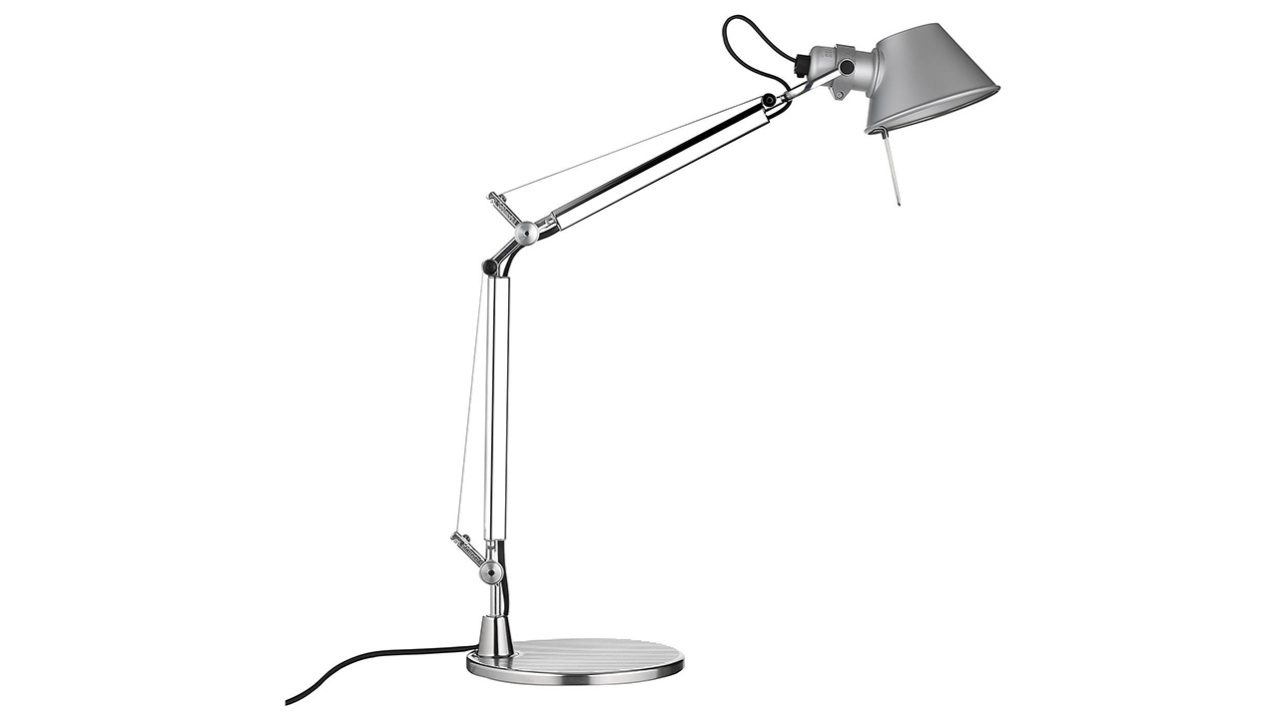 It was 1987 when Michele de Lucchi and Giancarlo Fassina presented the first prototype of the Tolomeo table lamp to the Artemide products development department. Since then, this design product has been able to make history, winning the Compasso d’Oro award in 1989 and shortly becoming an authentic international icon.

Its line with movable arms combined with a mechanism that De Lucchi imagined by observing the mechanical principle of a fishing rod, integrates perfectly with the adjustable lighting system based on a cantilevered structure and spring balancing. The diffuser, adjustable and rotatable through 360 °, is in anodized aluminum and the joints in polished aluminum.

Fassina was responsible for the incredible idea of ​​using nylon pulleys to support the weight of the parts, thus solving a problem of functioning of the original project.

The luck of the Tolomeo lamp pushed its creators not only to spread it all over the world, but to later create many variants including the Tolomeo Mini (1991), the Tolomeo Micro (1999-2000) and the model conceived for video terminals , the Tolomeo Video (1991). To these models are added the multiple improvements made to the initial project, adapted for the table, floor, wall and ceiling version.

Elegant, versatile and suitable for the tastes of any environment, according to its creator, the Tolomeo lamp was so successful because it was a project that knew how to add a modicum of freedom to people’s lives, since it made it possible to use it without requiring any effort. 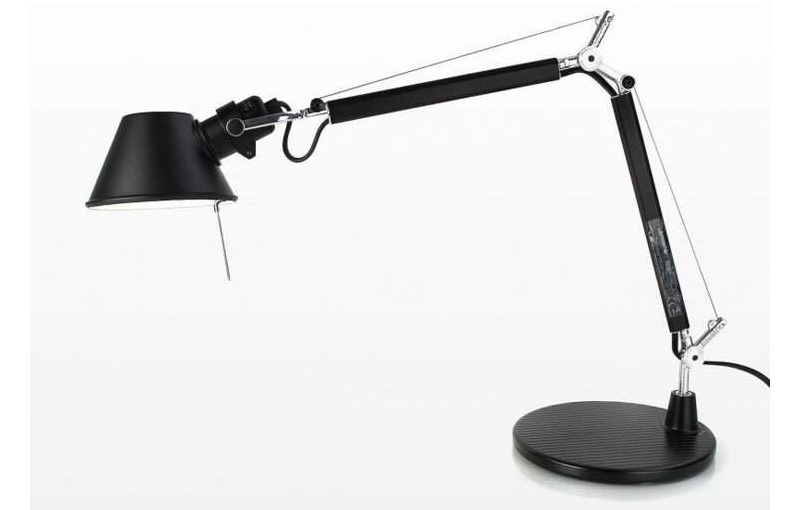 A project that knew how to add a modicum of freedom to people's lives.