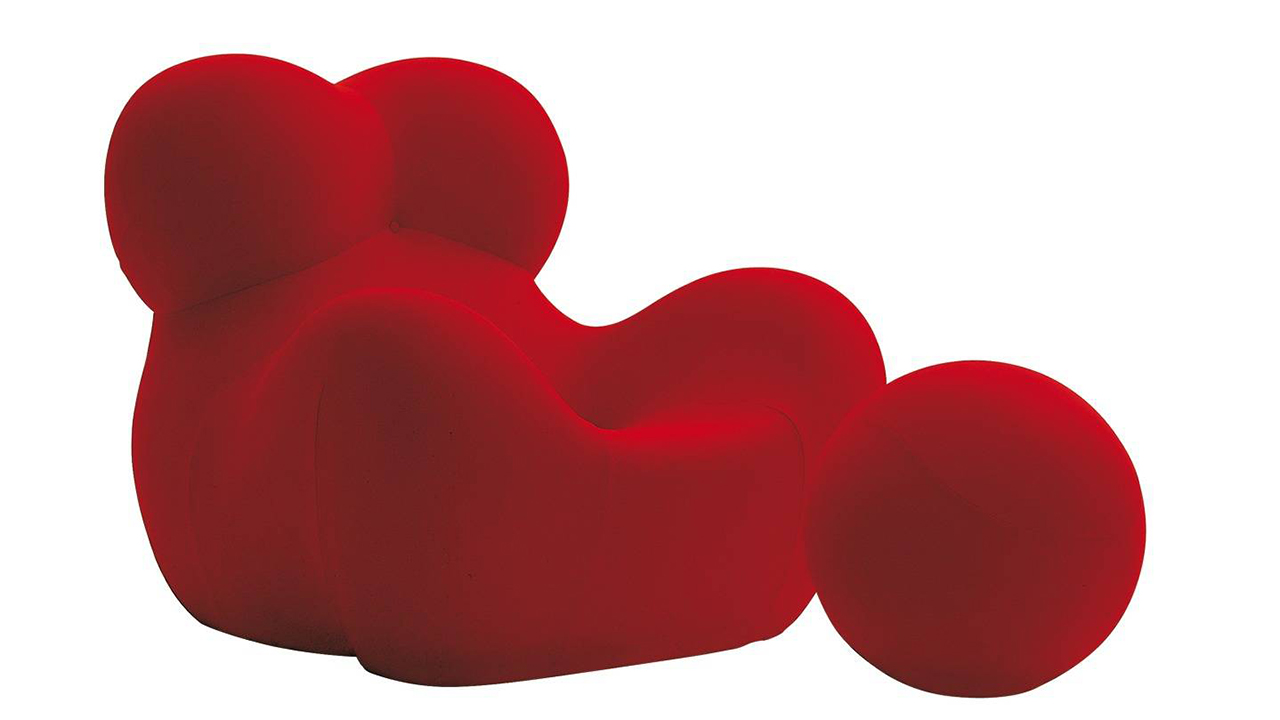 Symbol of B&B Italia production and of an entire Italian design season, the Up armchair designed by Gaetano Pesce takes the potential of a material such as polyurethane foam to the extreme. Its design is organic, comfortable and cosy, with clear anthropomorphic references. The Up 5_6 armchair, with large and rounded shapes, is a sculptural presence that guides the attention of the whole environment on itself.
Its design recalls a complex stratification of symbolisms: the shape of the armchair evidently recalls a stylised feminine figure, with clear reminiscences of the small Palaeolithic statues in honour of the fertility such as the famous Venus of Willendorf. This woman’s body is joined to a pouff, which in addition to the functional aim of making the seat more comfortable, can be interpreted as the attachment of a mother to her son through the umbilical cord or as the ball on the foot of a prisoner, symbol of the woman’s oppression in the society.
The Up armchair was immediately unconventional not only in its message, but also in the form of presentation to the public: its first version, produced by C&B Italia from 1969 to 1973, was compressed and flattened up to reduce its volume by 90%, and then placed in a PVC bag. Removed from its packaging, the contact with air set in motion a series of chemical reactions that caused the polyurethane to swell, returning it to its original shape.
At the beginning of the new millennium, it was re-proposed by B&B Italia as a Serie Up 2000, produced with a more reliable and ecological method and already sold in its definitive shape. In addition to the famous UP5_6 armchair, the Serie Up also includes the small armchairs UP1, UP2 and UP3, low and smaller, but equally welcoming, the sofa UP4 and the enigmatic seat UP7which takes the shape of a giant foot, almost a fragment of a colossal statue. 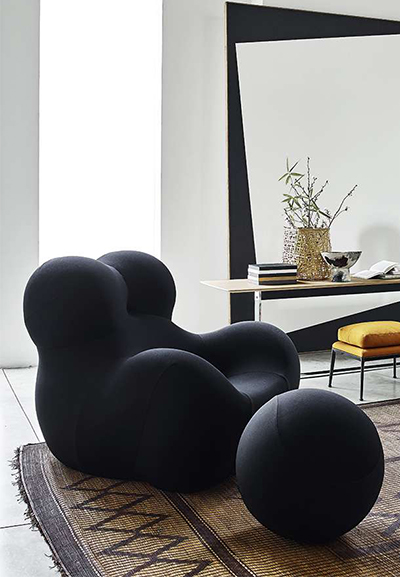 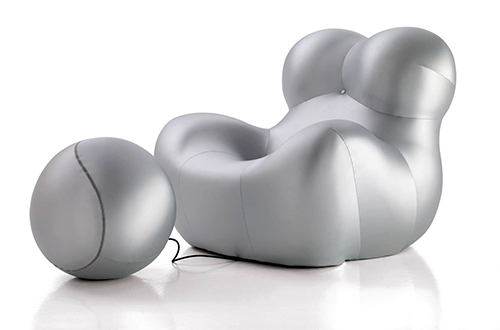 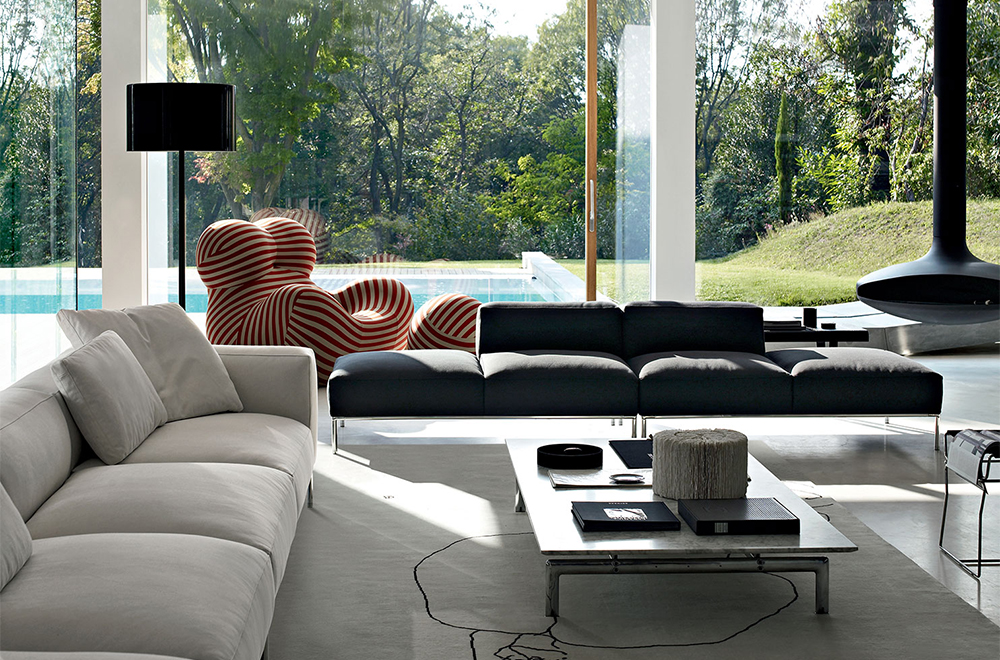