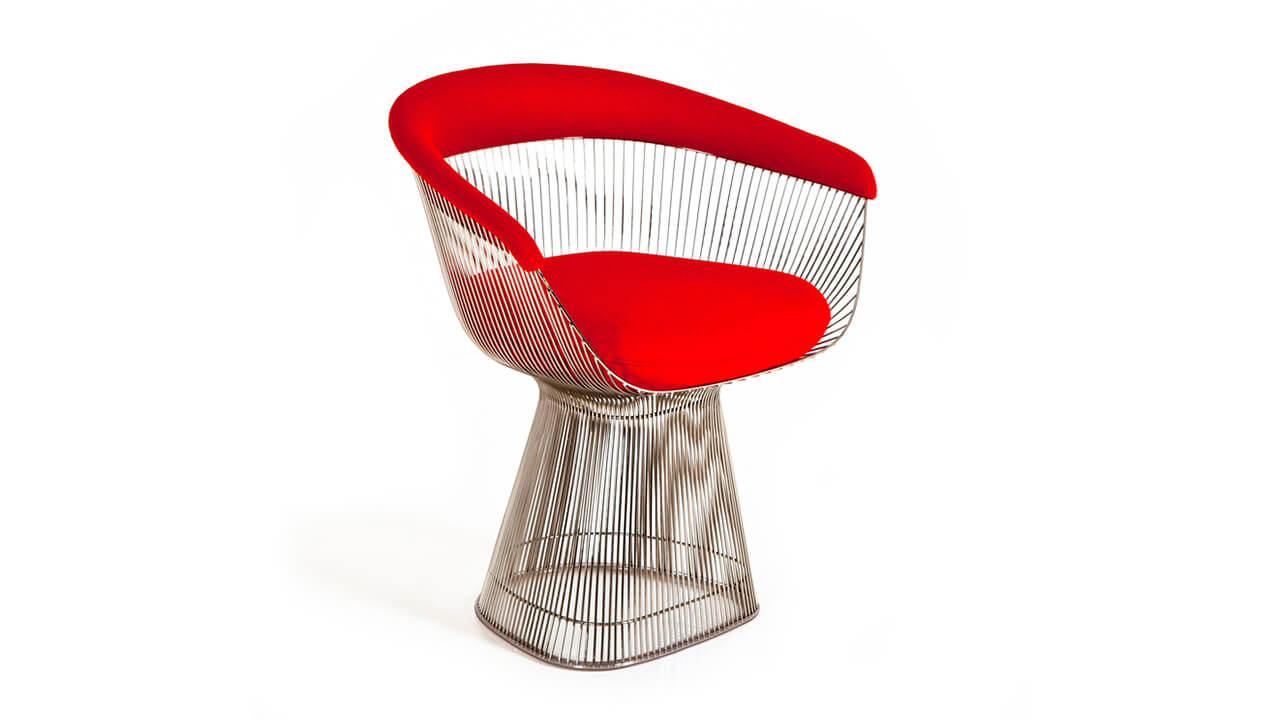 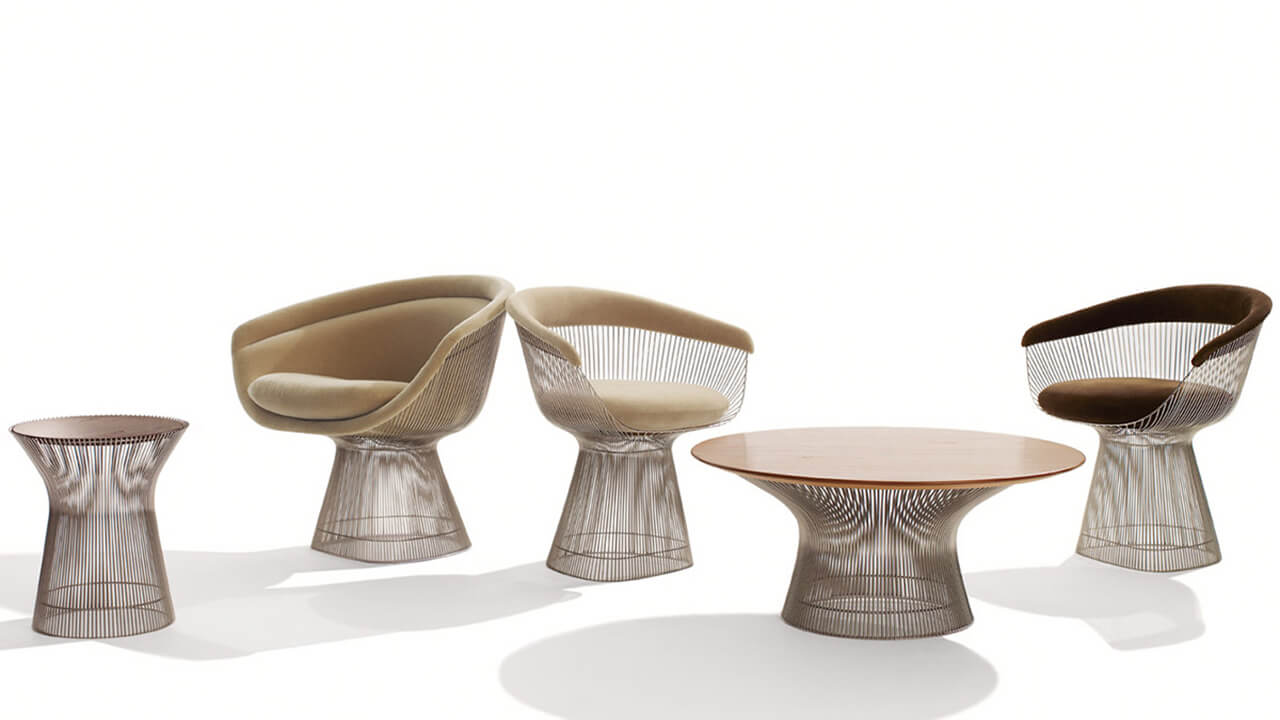 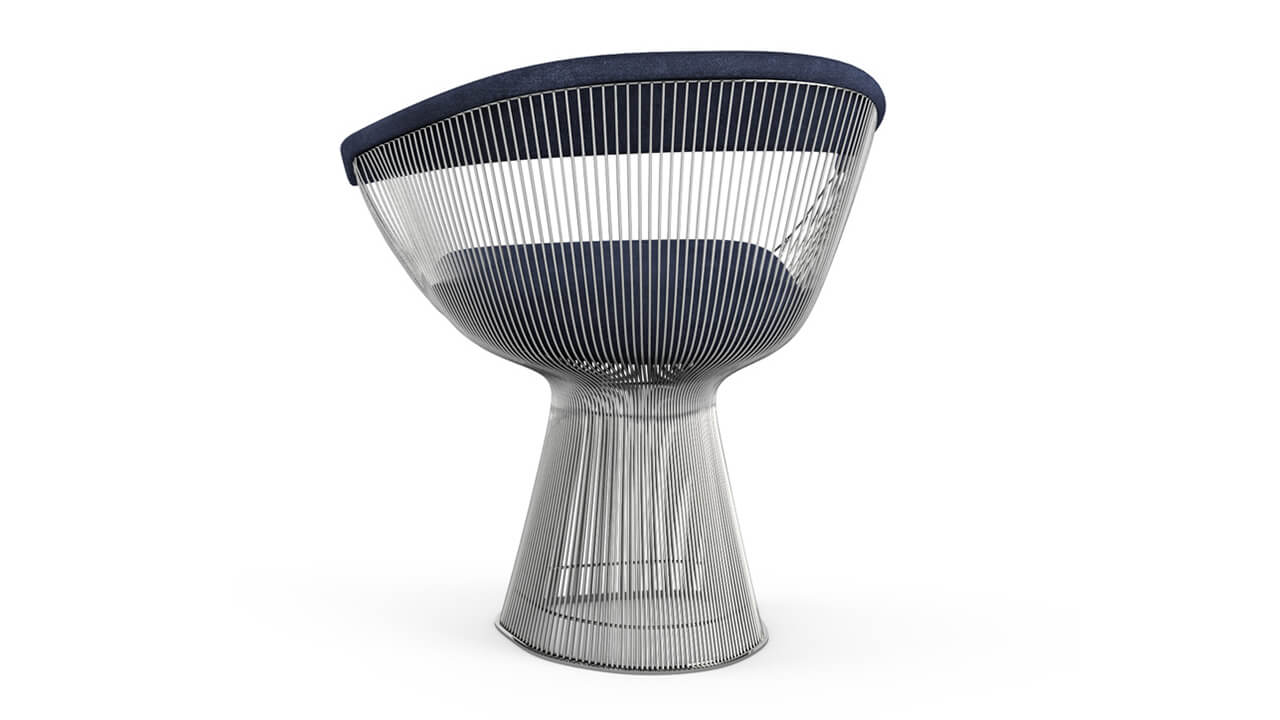 The Platner collection by Knoll is composed by seats and tables with a strongly sculptural aspect, sumptuous and decorative, but at the same time very modern. The small armchair Platner is probably the most famous element among these series of furnishings, as well as the first on which Warren Platern developed his early idea.

The small armchair is composed of a dense series of vertical and curved metal rods, welded around  reinforcement rings. The rods form a large pedestal base and then going up they open to form the seat, result of a careful reflection on the proportions of human person and the space. It is made comfortable by a cushion with a colourful textile covering, an element also taken up in the soft padding that surrounds the upper part of the backrest.

Warren Platner had worked for many years on the dependences of great American architects such as Raymond Loewy, I. M. Pei and, above all, Eero Saarinen. It was the latter who introduced him to Knoll by giving him the possibility to realize these furniture he had been working on for many years, in a more expressive and decorated style than the typical Modernism of the previous decade, capable of borrowing contemporary movements such as Op-Art surprising tricks optical like the moirè effect.

Platner has always said that he was inspired by his creations to the traditional chairs in Louis XV style, aiming however to create a shape of decoration that is no longer opulent, but fresh and contemporary. The development of the chairs proved to be long and difficult, given that each piece has more than a hundred metal rods, for which more than a thousand welds are made: from the original design of 1962 it was possible to arrive at a definitive production only in 1966.

For the Platner Arm Chair and for the whole Platner collection there are three different finishes of the metal rod, which give it a very different look: it can be nickel plated as in the original version, it can undergo a dark bronze paint that makes it the small armchair more suitable to integrate with the rest of the environment or it can be painted in 18 carat gold with a sparkling and luxurious effect.

In addition to the Platner Armchair, designed to be positioned in a group around the table, the Platner collection includes other two seats: the Platner Lounge Chair, with the slightly wider and completely covered seat and the Platner Easy chair, with high and comfortable backrest that goes to form a typical relaxation armchair. The latter can be accompanied by a footrest pouff, the Platner Ottoman. A small stool, the Platner Stool, two low Platner Coffee Tables with different diameters, the smaller Platner Side Table and the sumptuous round Platner Dining Table are also available. 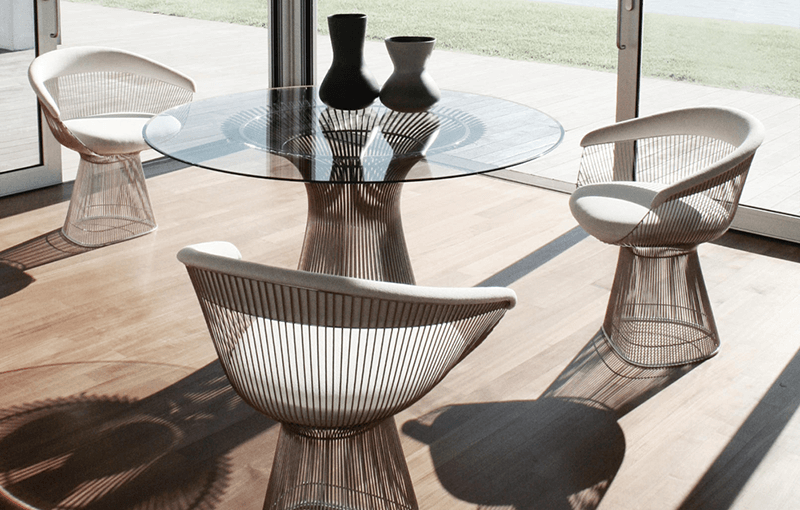 Classic is something that you enjoy every time you look at it, you accept it as it is and you can see no way of improving it