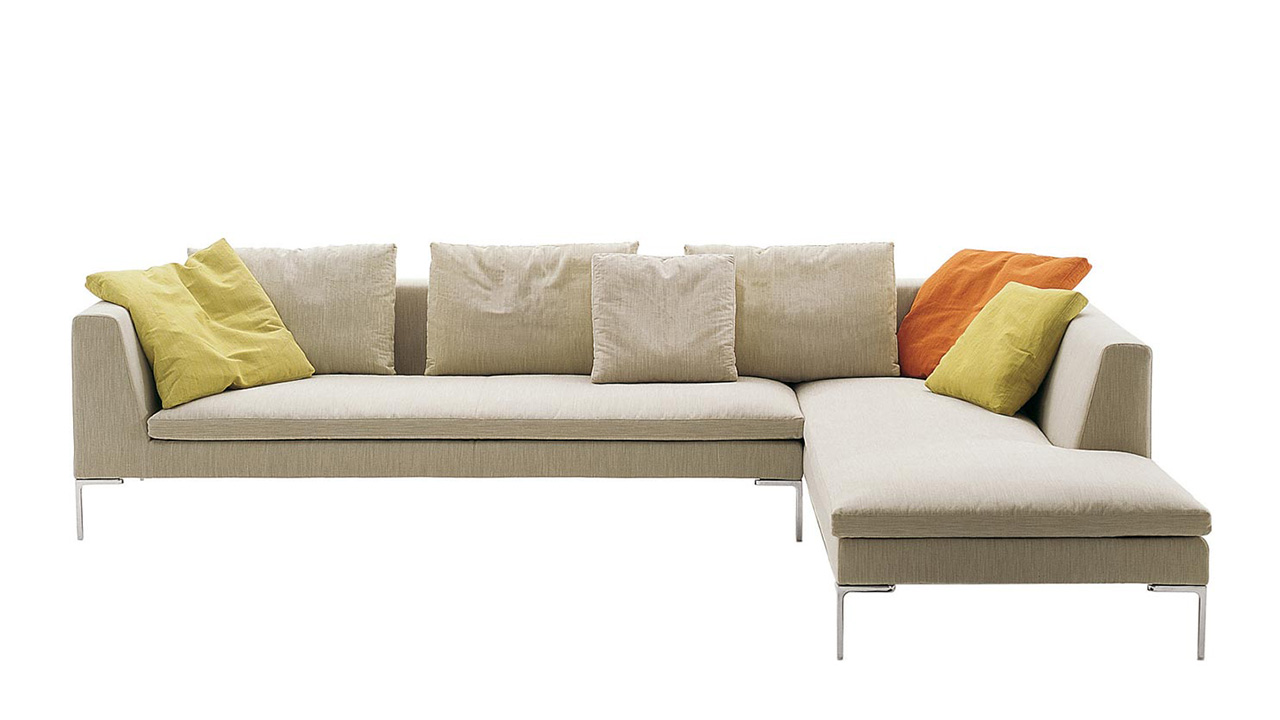 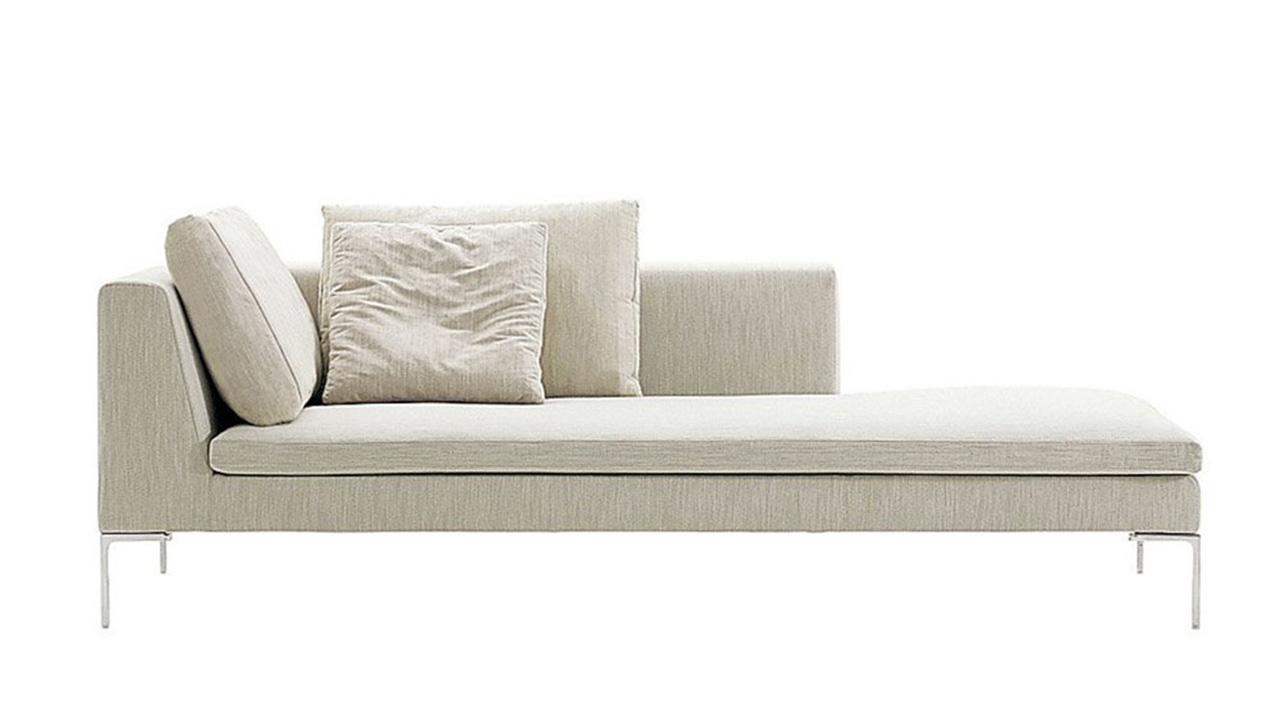 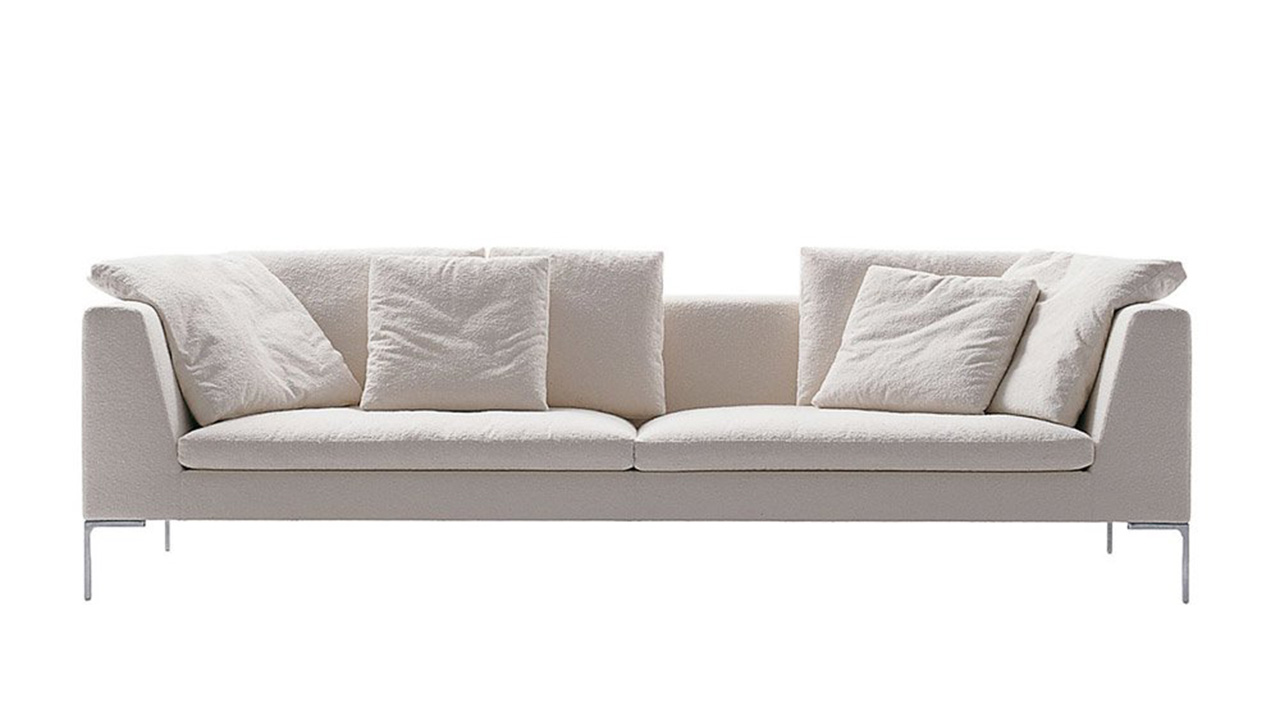 Although designed by Antonio Citterio in 1997, B&B Italia’s Charles sofa still remains one of the company’s best-selling products. The reason for his lasting newness is very simple: almost all the sofas, that came out after, copied it into something, making it an archetype of the modern design sofa. Fresh and light in form, it makes modularity its strong point: it can be used in linear compositions with one or three seats, as well as in corner and peninsula configurations.

The name is a tribute to Charles Eames and to the American design of the 50s, recalled in the spirit but not in the shapes. It was initially conceived as a revised and updated version of the Sity sofa, with which in the 80s Antonio Citterio had completely revolutionized the concept of a modular sofa, but in the design process it clearly differed from its progenitor.

In fact, it retains its varied modularity as a basic system, but leaves the curved lines in favour of a more minimalist and linear design, with rigorous lines softened by a slight internal countersink of the backrest. A strongly characterizing element is the thin three-way feet in die-cast aluminium, which leave the sofa strongly raised above the floor, giving it an impression of floating stability.

In the Charles Large variant, this piece is proposed with a much deeper seat, which invites to more relaxed and less composed position. In the Charles Outdoor version, it undergoes some changes to be adapted for outdoor use: the volumes of the structure are emptied, reducing itself to an aluminium frame covered with an open weave of brown polypropylene ribbons, on which comfortable cushions covered in fabrics suitable for outdoor use rest. One of its derivations is also the Charles bed, which recalls the typical corner of the sofa backrest in the headboard and recovers the identical shape of the characteristic feet. 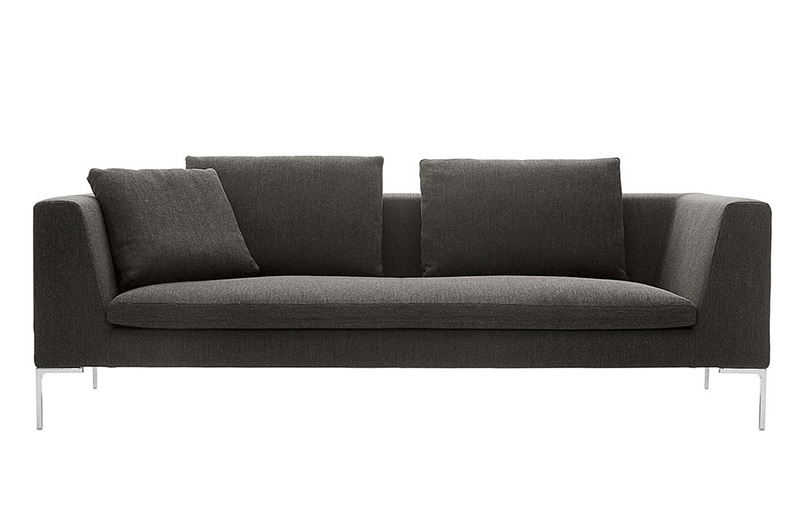 It is one of my best pieces, both for the simplicity of the frame and the line and for the revival of the idea of the island sofa 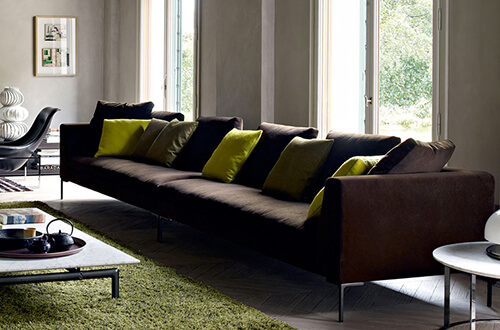 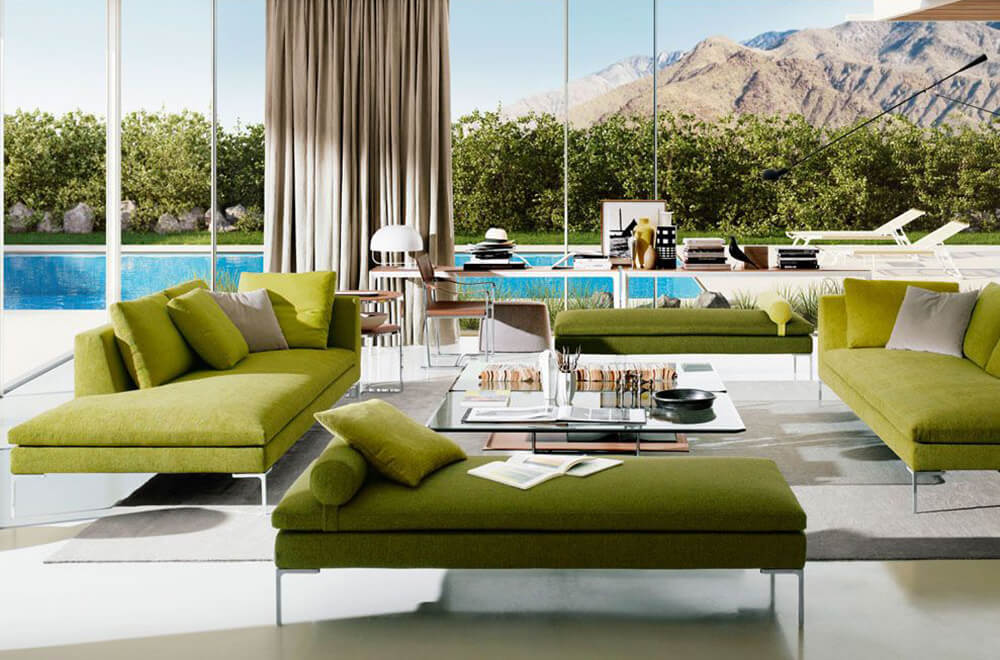