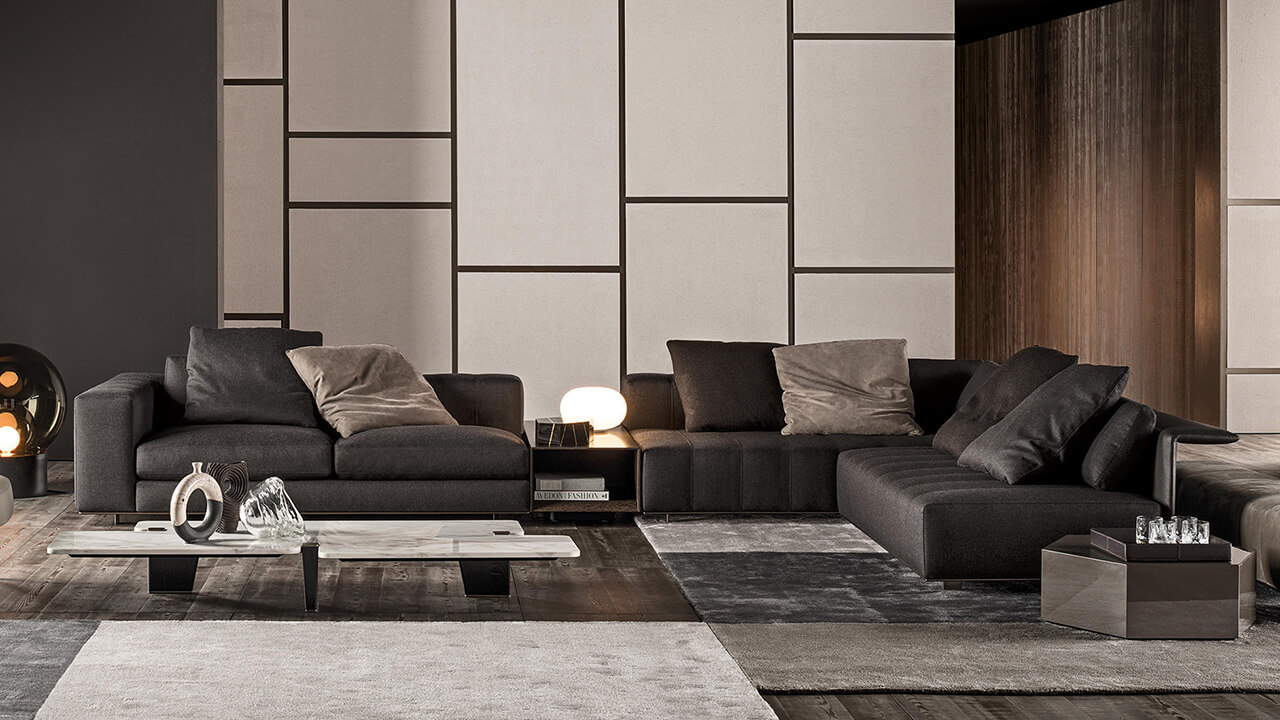 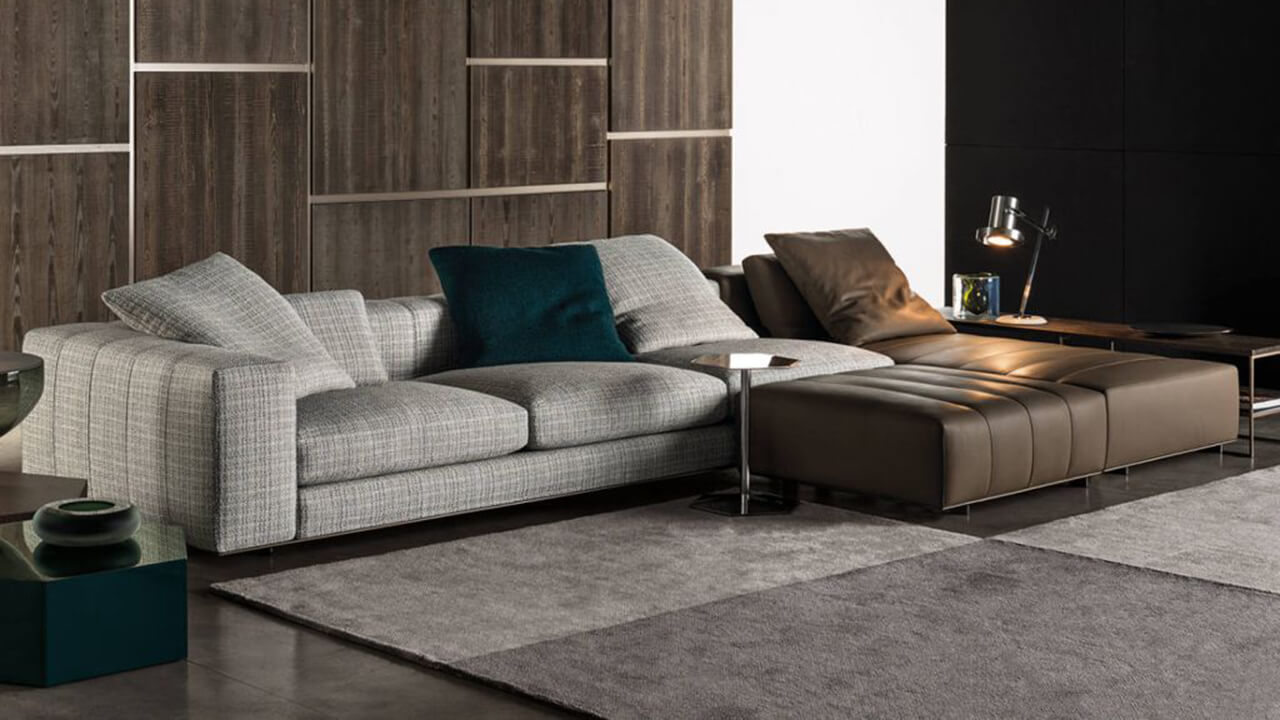 Freeman by Minotti is a double face sofa: in its unlimited modularity it can combine different variations of two elements with very different personality. Those of the Freeman “Duvet” line favor comfort, with a warm extra-soft cushion that invites relaxation and a traditional and reassuring design, while those Freeman “Tailor” show a more clear and contemporary personality, emphasized by the stitching that marks the volume.

The originate design, developed by Rodolfo Dordoni in 2016, is composed, as always happens in the Minotti living rooms, of almost infinite  modularity, which in the alternation of the different elements allows you to create dynamic compositions with different parts that find different uses during the day. Elegant and informal at the same time, the Freeman sofa becomes the undisputed protagonist of any environment.

The two different elements can however be used by the interior designer in autonomous combinations, without being mixed up: the sofa Freeman “Duvet” will result in a soft, warm and comfortable composition, enhanced by the refined sartorial stitching of armrests and backrest and it can be enriched by a functional headrest that supports the posture during the moments of reading.

The sofa Freeman “Tailor” will instead privilege the graphic sign, going to connote a lively and modern environment. The Freeman “Lounge” sofa is similar to the different styles, but it has a reduced seat depth and it  has been designed in particular such as waiting rooms or luxury hotel halls. All the elements of the Freeman collection remain slightly raised off the ground through thin bronzed metal feet, on which rests an elegant base finished with rounded edges.

A seating system with a dual personality