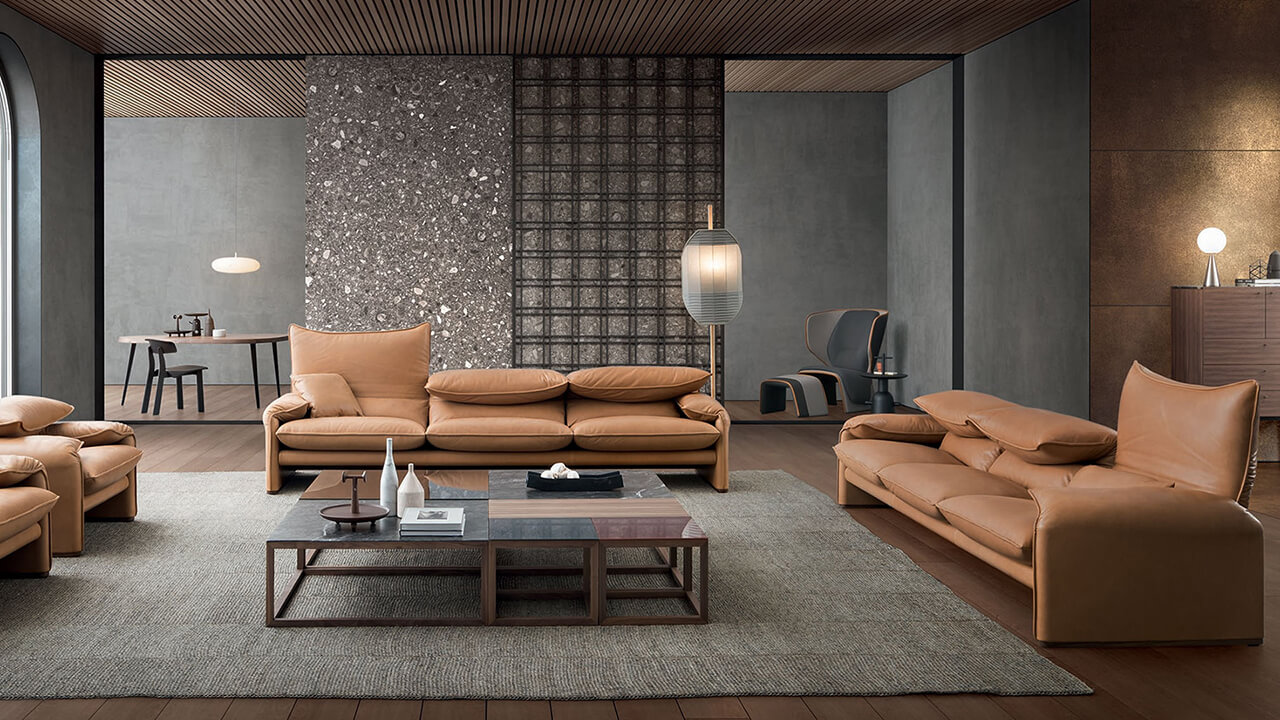 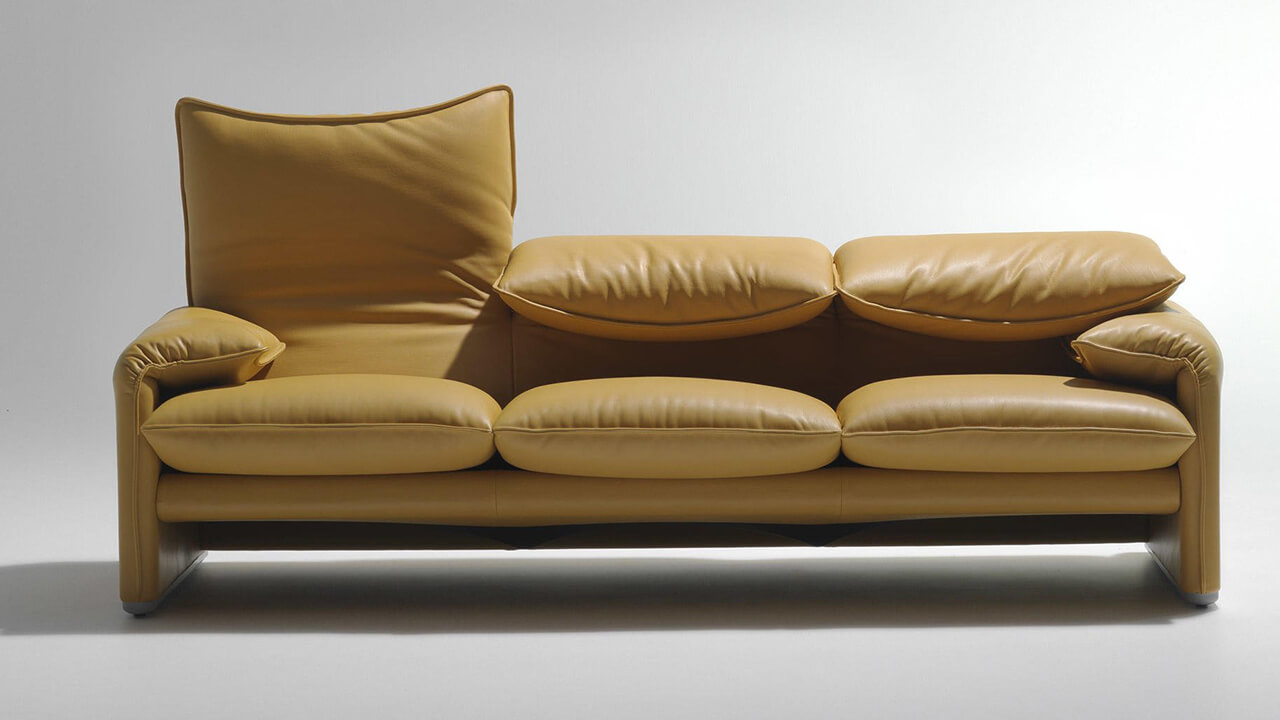 The Maralunga sofa by Cassina is one of the very few living rooms that managed to rise beyond the trends and the style of the moment up to become a real classic, current and sold even over fifty years after its planning. Its reassuring and plump shapes immediately recall an idea of comfort, but the element that characterizes it most is probably the backrest.
In fact, each seat of the sofa has the backrest that has an independent reclining padding, which can be raised or lowered by those who sit there according to the desired position. Maralunga thus takes on the dual function of a conversation sofa and a relaxation sofa. This backrest is obtained through a curious and interesting mechanism: the designer Vico Magistretti has used a simple bicycle chain for this purpose, hidden in the covering of polyurethane foam that models the entire padding.

On the design of this particular recurs a famous anecdote, which tells of how in the excitement of the difficult phase of development, Cesare Cassina had punched the back of a prototype, breaking it and bringing it to an inclined position. In this view, Magistretti would have been caught by an illumination and he would have decided to maintain that peculiar shape even in the final version of the product. A winning choice since its launch in 1973 Maralunga immediately proved to be a great success, also being awarded the Compasso d’Oro in 1979.

Starting from the original idea, Magistretti declined Maralunga in different versions of two or three-seater sofa of different lengths, always maintaining linear compositions, but also making smaller the seat until obtaining an armchair and a pouff. In more recent years Cassina has also joined it with the Maralunga 40 variants, in which the refined details of the perimeter stitchings give it a more modern touch, and Maralunga Maxi, with more abundant and generous shapes. The upholstery can be realized in leather or in fabric and it can be made removable in the Maralunga 40-S version. 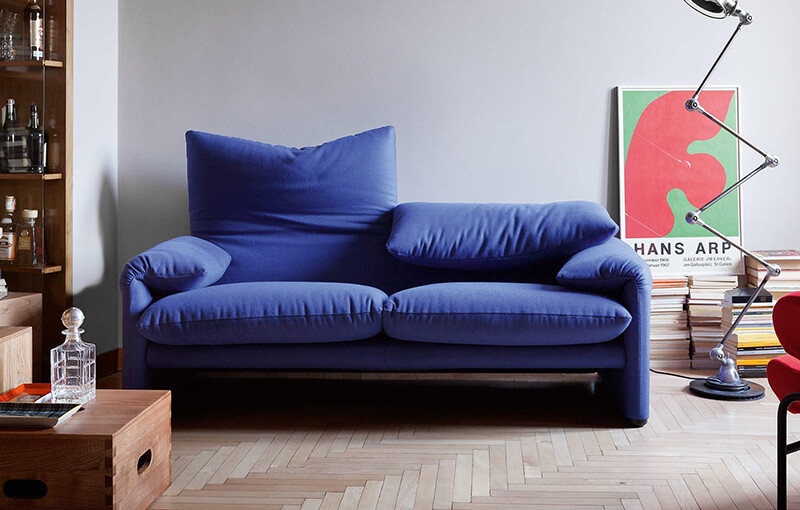 A warm, comfortable, cosy place to feel comfortable and rediscover the atmosphere of the old, comfortable, protective reading armchairs placed near the fire of a fireplace or a window