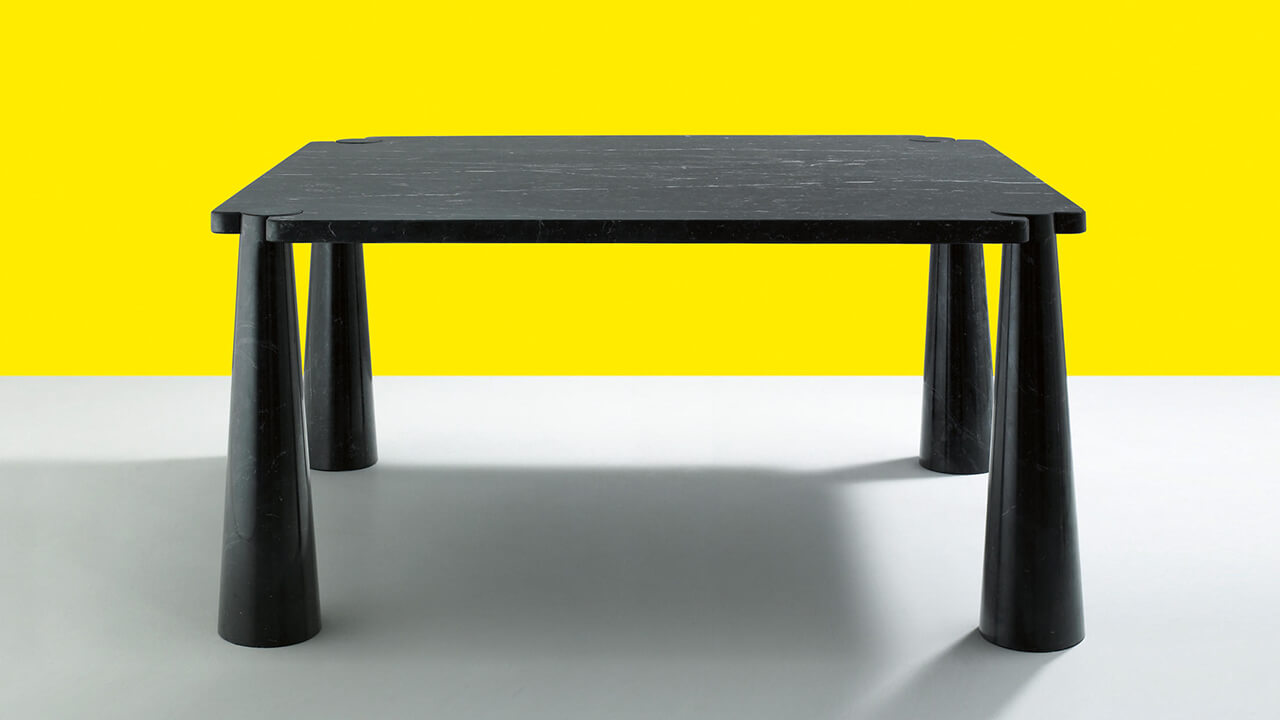 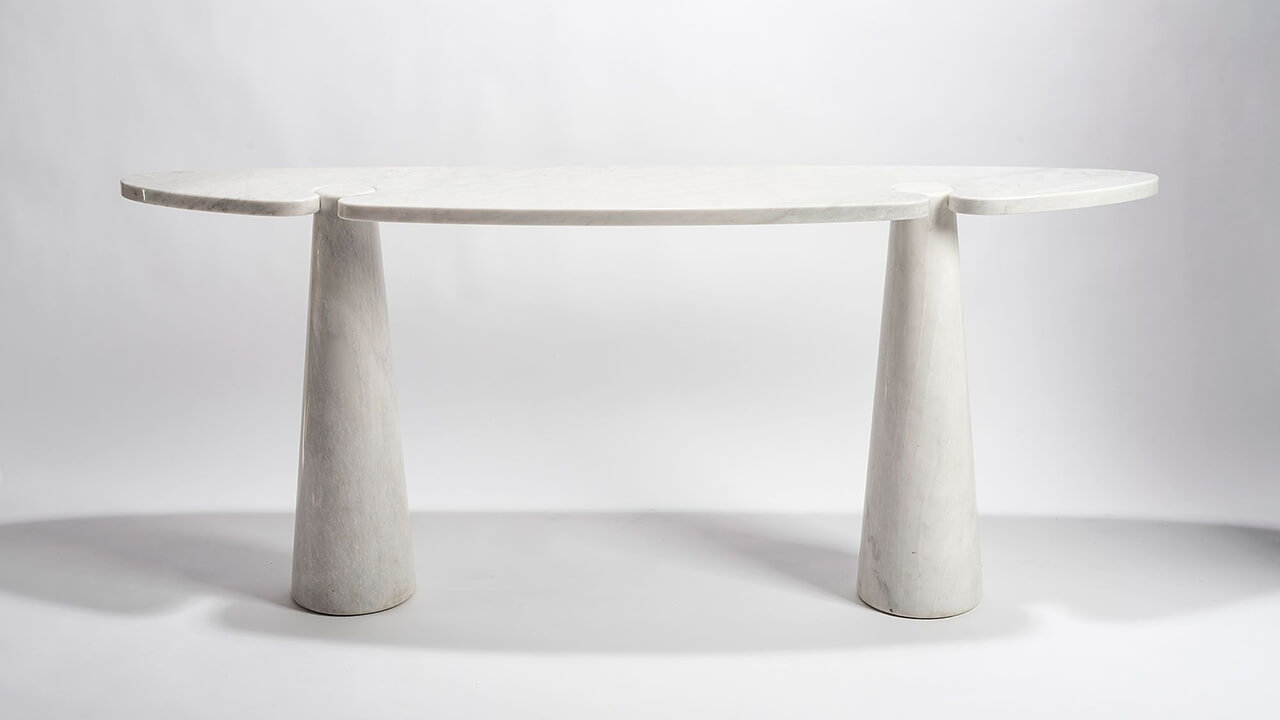 Eros is a system of marble tables born in 1971 from the formal and constructive research of the designer Angelo Mangiarotti. Initially held by the Milanese company Fratelli Brambilla Arredamenti, the rights of this incredible icon of modern design were later passed on to Skipper and then, in 2000, to the Cappellini company. Finally, since 2010, Eros has been produced exclusively by Agapecasa, which owes the ability to keep Mangiarotti’s legacy intact with an assortment of 35 models including tables and small tables of different sizes and varieties.

It is the material itself, with its laws, that suggests the solutions for the gravity-joint tables of which Eros is the progenitor, as well as a point of reference. Free from any joint and tightening, the construction solution provides for a gravity joint between the top and the leg, obtained thanks to the truncated-cone section of the leg that easily accepts the top, locking it in the established position. The weight of the material used, exclusively marble in any variant, increases the tightness of the joint, giving solidity and stability to the entire structure.

In the vast assortment of shapes, sizes and dimensions, Eos tables always stand out thanks to the presence of a peculiar junction point, where the elimination of the most fragile parts of the slots open on the perimeters at the corners of the tops was deliberately chosen to eliminate any weak point that could not resist stress.

A unique model, capable just like its name of combining extreme modernity with shapes that implicitly suggest a primitive archaicity. 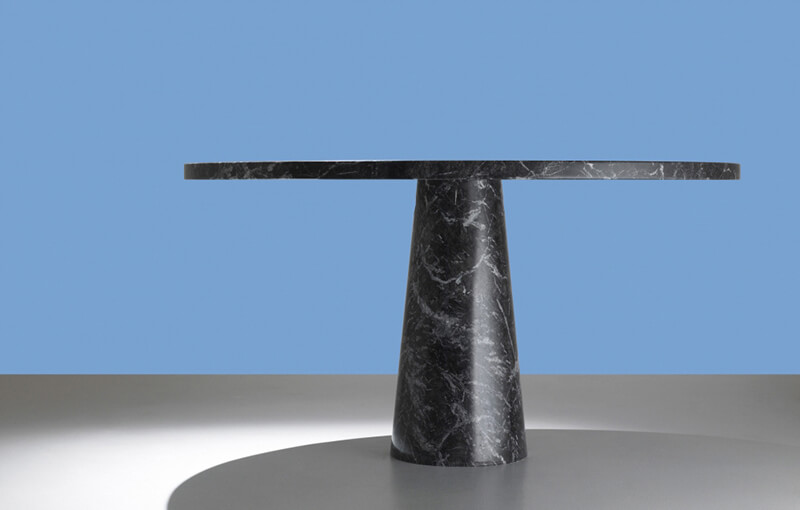 A perfect union of material and style