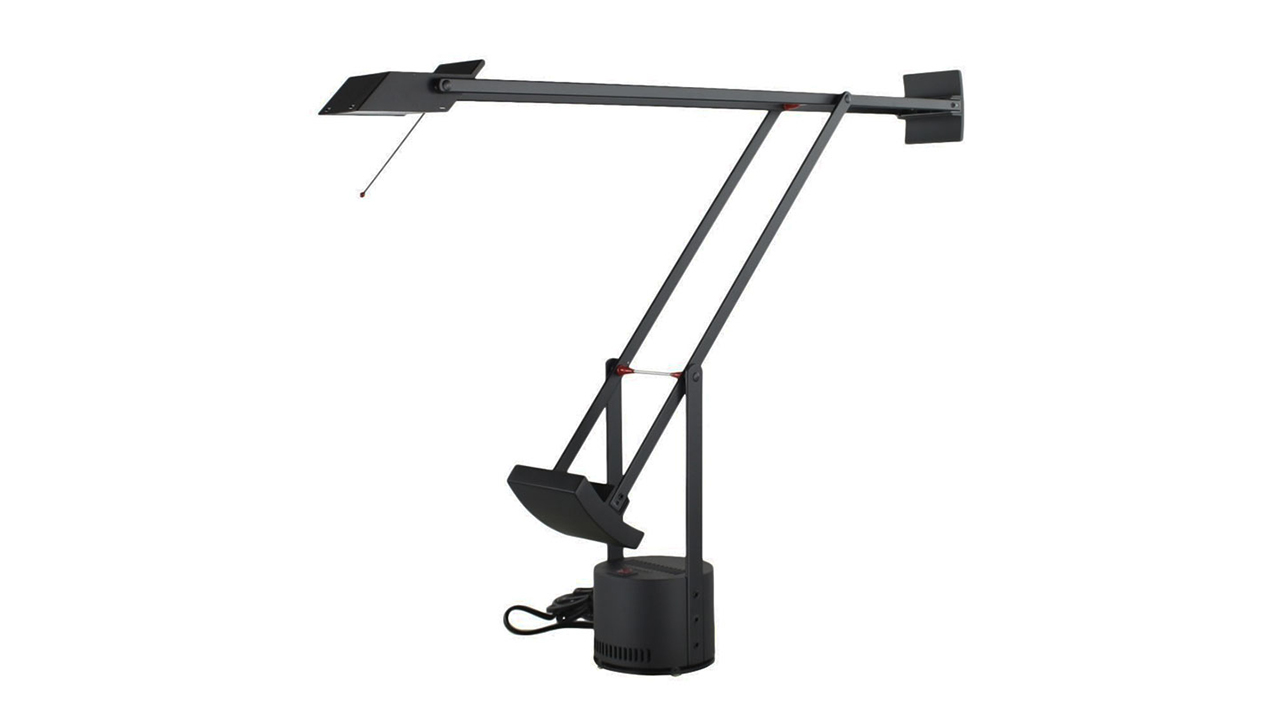 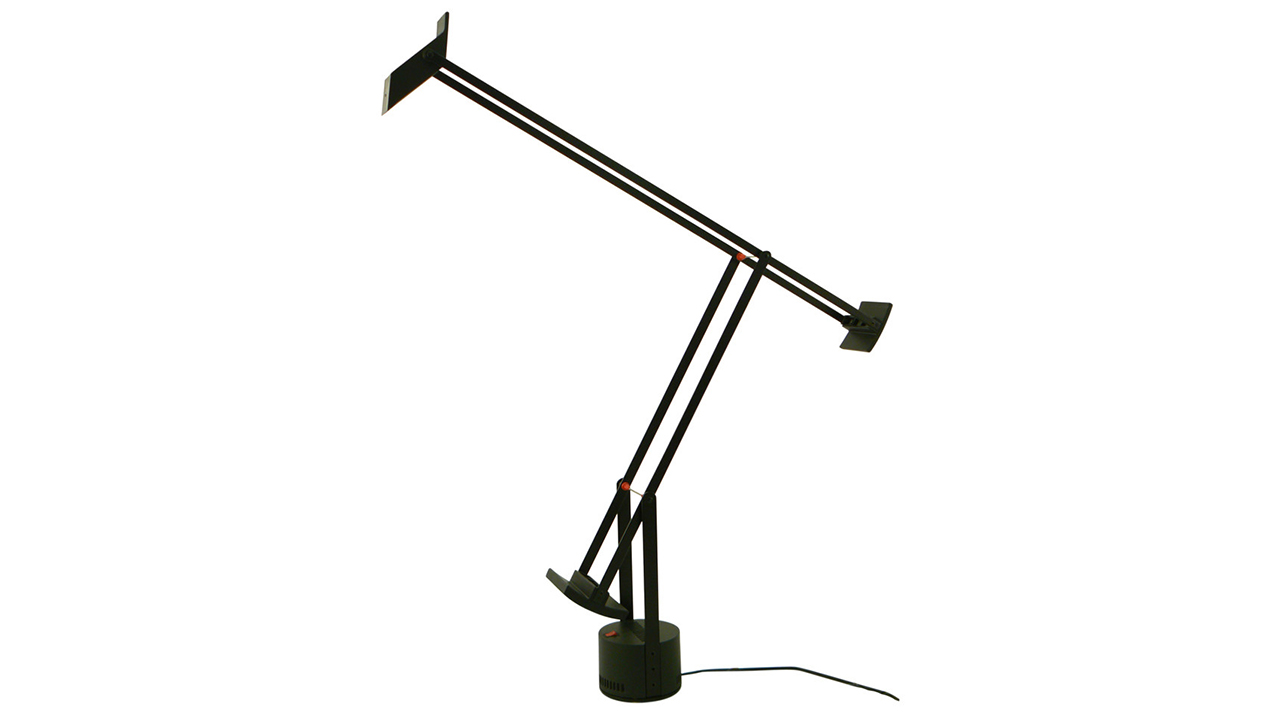 Born in 1972 as a work lamp, Tizio has since become an emblem of functionalism and lifestyle design. It was Ernesto Gismondi, co-founder of the Artemide company, who realized its potential, so much that he promoted the work of Richard Sapper to penetrate interior furnishings as a strongly denoted element.

Sapper’s idea was to create a lamp capable of combining new technologies (halogen lamp) with a flexible structure, designed to work thanks to a delicate system of counterweights able of keeping the arm holding the lamp in position.

The first table lamp with balanced arms was George Carwardine’s Anglepoise (1932 – 35), supported by a system of springs. The idea of ​​using counterweights, combined with the intuition of hiding the wires by sliding them inside the structure, allowed Tizio to define himself as an emblem of minimal design, with pure lines marked by essential joints in correspondence with the fulcrums.

Tizio is now available in several smaller and larger sizes than the original, as well as in black, white and gray finishes, although the preferred version remains the black 50.

In 1979, to crown the great success achieved, the Tizio lamp won the Compasso d’Oro award, becoming in all respects an icon of international design. 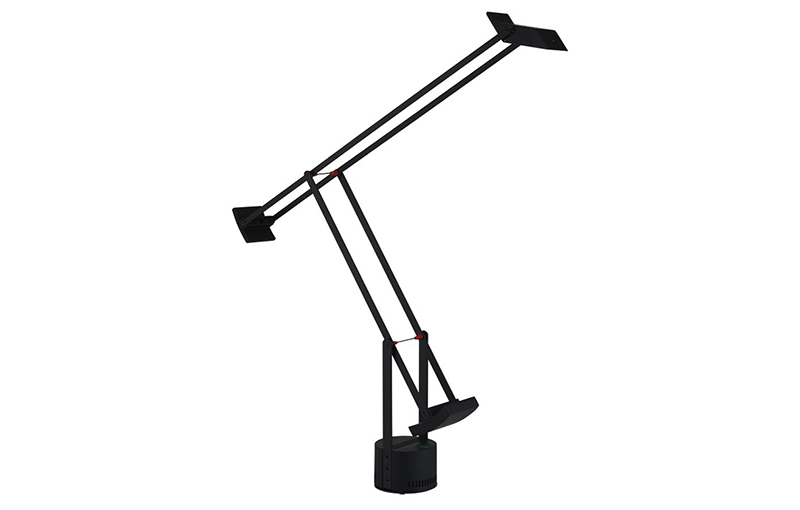 A pure and essential design, where every part is essential.

Produced in metal finished with a very light coating of nylon reinforced with fiberglass, the lamp has joints that do not include screws, but are fixed thanks to a pressure mechanism, so that if the lamp falls, instead of breaking, the attacks can detach and be replaced.

Since the nineties, a protective glass plate and a small handle have been added to the aluminum reflector; further on, an LED version was also introduced.