First meeting between outdoor and design | Franco Albini and the Rattan
All articles:
Design World

Today we live in the golden age of outdoor furniture: the development of technologies and materials has made it possible to achieve results unthinkable even up to a decade ago, recreating outdoor environments in all respects equal to those indoor, with a degree of comfort and refinement of details that has nothing to envy to the most welcoming living rooms. The most important designers compete to contend with this type of furniture, and by now many of the main brands have launched entire production lines entirely dedicated to outdoor furniture (among the latest Flexform  and Cassina). But how did we get here? 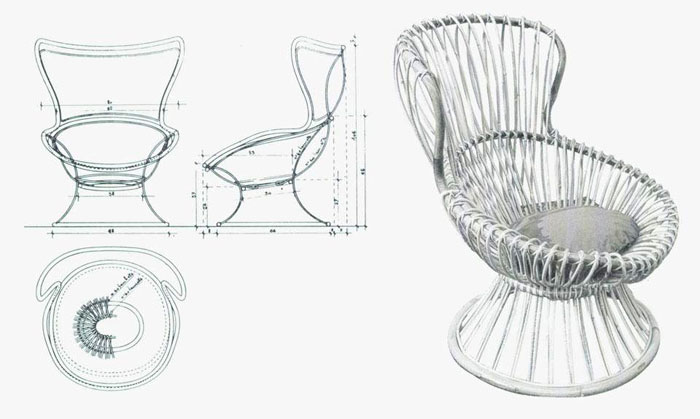 For decades and decades, outdoor furniture has been a world of its own, with its peculiarities, its materials and its very peculiar formal grammar, mostly impervious to the suggestions of design. For many families of the past, garden furniture was substantiated in furniture in natural woven fibers, such as wicker, rattan, rush or midollino. The tradition of these furnishings was born in the United States in the late nineteenth century, when most houses began to equip themselves with portico and verandas to escape the oppressive summer heat.

Light, fresh and simple to transport, the wicker and similar fiber seats immediately became the natural complement to these new environments. This trend soon spread to Europe and Italy, finding new life in the mastery of the basket makers, craftsmen specialized in the weaving of baskets that launched into the production of this new kind of furniture. Among the thriving companies in the sector, Bonacina stood out, who in the 1920s and 1930s created the interiors of several villas throughout Italy. 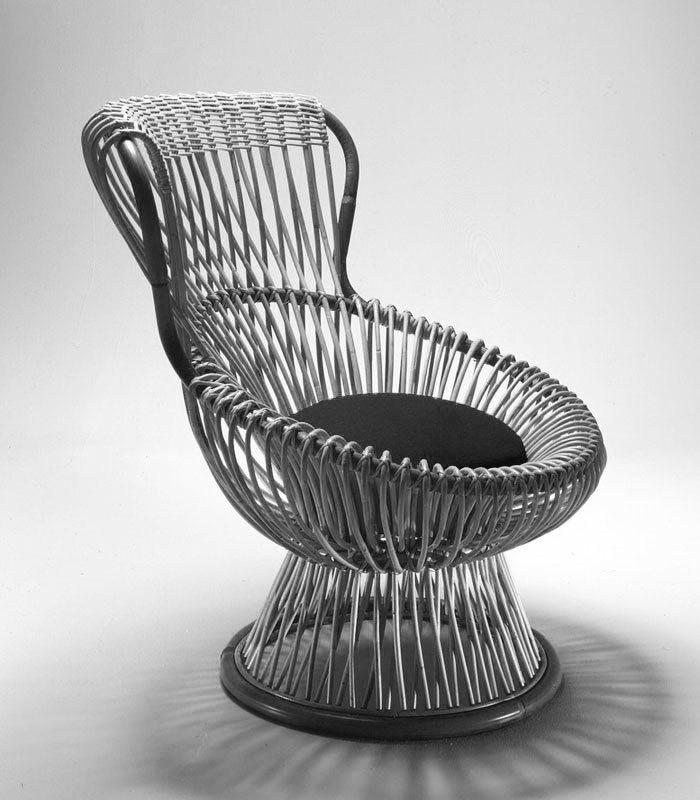 Rationalism was in architecture the golden age of the Modern Movement and its Italian declination. The modernist values were in many ways the opposite of the dominant taste in the wicker sector: they put in the foreground the cold materials of the future, such as the metal tube and the glass, and abhorred the richly decorated forms, leaving at the center of his projects functionality. Modernism then had the cult of industrial production, an impossible destination for a still entirely manual production such as that of wicker.

The protagonist of our story, Franco Albini, enters now into the scene. A young pupil of Gio Ponti, Albini has become one of the key figures of Italian Rationalism since the early 1930s, but he gave an eclectic interpretation in many ways. While fully sharing the cardinal principles of the Movement – and actually helping to define them in the first person – Albini often left space in his projects to a personal touch of artist, small flashes of fantasy that distanced themselves from the icy functionalist logic and opened their eyes to a different way of understanding the interior. Albini also had a great passion for the Italian artisan tradition, with a “know-how” which he believed should be preserved in every way. 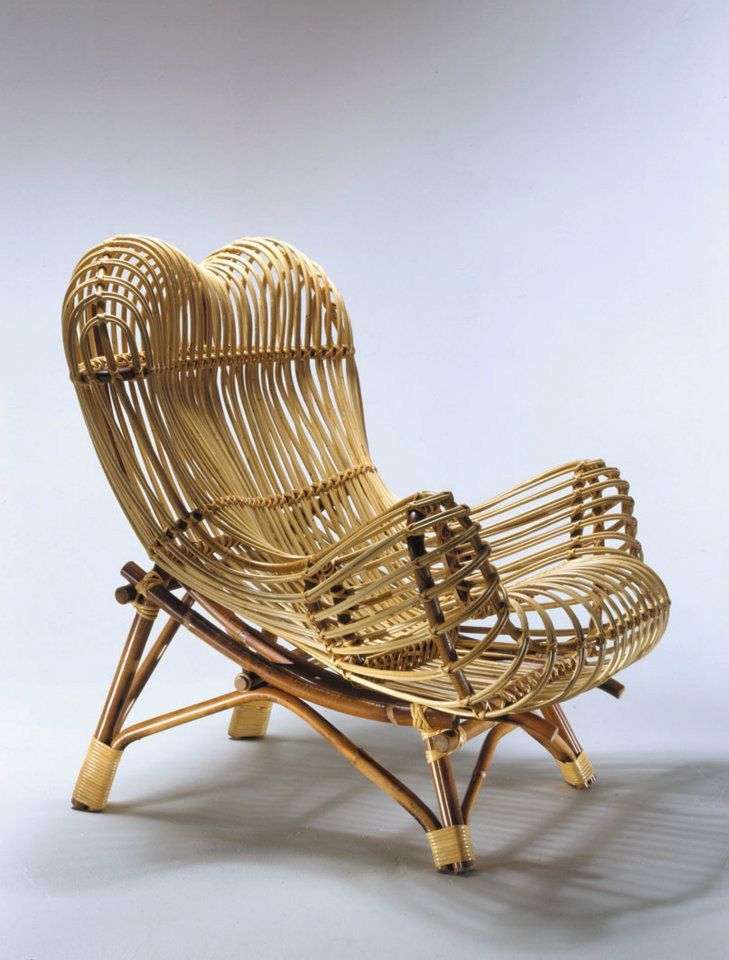 It is on the basis of these beliefs that in the post-war period he approached the world of woven fibers, forging a close relationship with Vittorio Bonacina’s workshop. The outcome of this collaboration culminates in the furnishings presented at the IX Triennale of 1951, commissioned by the Rinascente in Milan and made of cane and India cane. The traditional and poor material is faced for the first time with a spirit of research and avant-garde, giving life to some masterpieces that have left an indelible mark on the history of design.

This is the Margherita armchair, co-signed with Gino Colombini (historical technical director of Kartell, accustomed to innovative plastic processes), awarded by the Triennale with the Gold Medal. The structure of the armchair is de-materialized and reduced to its essential skeleton, in a way reminiscent of the parallel research that Harry Bertoia [link] was applying to the metal tube at the same time. The same base of the armchair bears the fruit of this vocation to essentiality, so much so that it is remembered as the first “without legs” armchair of Italian design. The final result leaves an impression of aerial lightness with few precedents in the history of design. Another great success presented at the Triennale was the Gala armchair, designed in collaboration with Ezio Sgrelli. 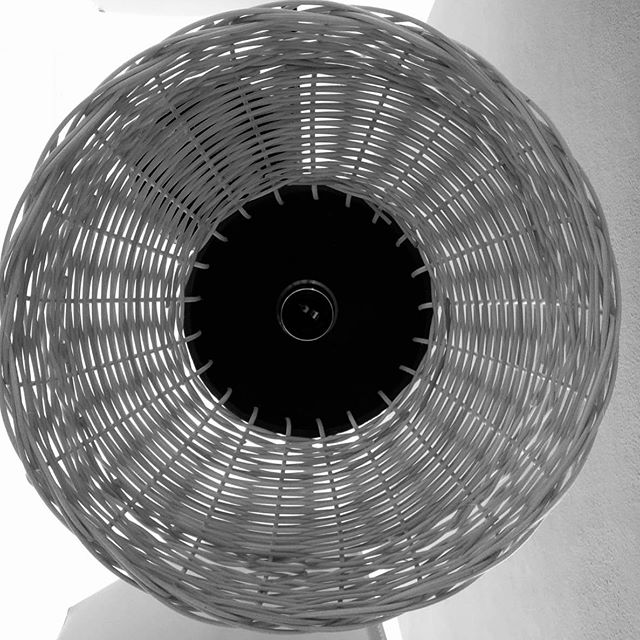 In addition to the great Bonacina masterpieces, other rattan furnishings designed by Albini are now revived by the Danish Sika Design, including an airy pouf always designed for the 1951 Triennale, the elegant Belladonna sofa and the Fratellino trolley. Sika Design is the main Scandinavian company active in the rattan sector and also offers in its collections various creations dating back to the 1930s by the great Arne Jacobsen, one of the few designers to precede Albini in approaching these materials with a modern spirit.

Wicker, rattan, rush and the different natural fibers are now less widespread than in the past and they are considered more suitable for covered verandas or spaces that are in any case sheltered from the elements, but they have been enriched with the irresistible vintage charm of a material of the past. From eminently poor material, he found himself playing the role of luxury detail in contemporary projects, bringing with him the added value of dozens of hours of manual work carried out by a class of craftsmen specialized in the process of extinction. 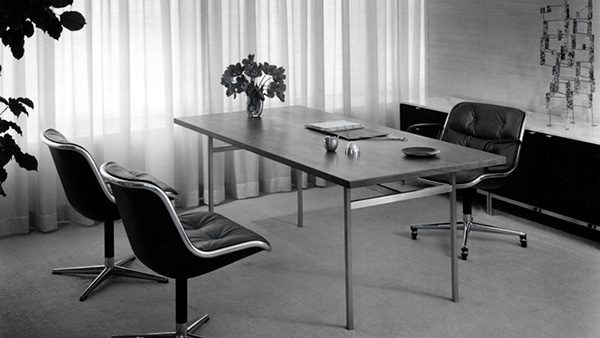 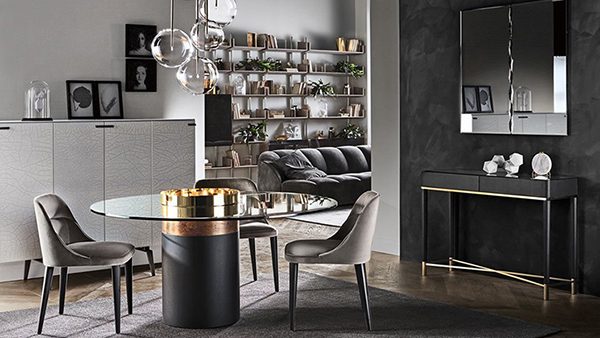