Hailing from Prüm, Norbert Wangen graduated in Architecture at the Technical University of Munich. In 1995 he participated in various fairs in Munich and New York with the iconic Attila armchair which will become part of the Vitra Design Museum and in the Neue Sammlung a Monaco.

In the same year, during the renovation of an apartment in Munich, he invented the first kitchen with a sliding top, the famous K2, exhibited in 2000 at the furniture fairs in Cologne, Milan and Chicago. On the wave of success, in 2002 he presented the K10 kitchen renewed with a new folding ventilation system. In the following years, the collection of kitchens designed by Norbert Wangen was enriched with the K11 and K12 up to the K14 in 2007, innovative for the light and essential design.

Strengthened by the collaboration with Boffi began in 2003, in 2008 Wangen enriched its collections with bathrooms, introducing the B14 furniture system which in 2010 evolved into B15.

During the Milano Design City and the presentation of the K6 kitchen at the Salvioni Milano Durini showroom, we asked Norbert Wangen to tell us about his long experience in the world of domestic design, as well as the prolific series of ideas and innovations that have led him to conceive and renew the concept of design kitchen and bathroom.

In my opinion, the kitchen environment is a place for family meetings, banquets and above all, communion. The kitchen furniture must therefore fully represent this desire to share these precious moments, facilitating mutual exchange and sharing. Over time, the people are changed and with them the spaces, increasingly compressed and enclosed both in size and timing. My kitchens partially satisfy these needs, reducing in size and increasing their functionality to meet the needs of our time. They are smaller, more easily managed and structured to improve the possibility and quality of conversation among guests.

Here, however, a distinction must be made between domestic and professional cooking. In fact, only in the first case does emotion go beyond function, giving life to a kitchen where spaces and aesthetics exist mainly as a function of everyday life. Professional kitchens do not need to create warmth and feeling, but are limited to expressing maximum efficiency in the smallest possible space, which is essential for enclosing the kitchen activity in a single equipped place.

Designing a kitchen for a home has nothing to do with a study inside a yacht. These two apparently similar worlds could not in fact be more different, thus requiring a transversal thought, capable of modifying not only the shapes, dimensions and configuration, but also the construction materials themselves. For my part, most of the time I had to completely reinvent the concept of the kitchen, from hinges to the support for wall units, from shelves to metal frames, studying new solutions for needs that would appear unthinkable on land.

Partially yes. The design of kitchens is a field made up of details and small flashes of genius aimed at satisfying the problem of transforming a standard furniture into an object completely “tailored” to the customer, designed to satisfy their needs. After all that’s what it’s all about: creating environments where everyone can feel at ease. To respond to this request it is therefore necessary to become a bit of “inventors”, always thinking beyond the common perspectives to advance into the imagination. Only in this way it’s possible to create a useful, functional but above all beautiful product to live.

In bathroom design, I often tend to outline two important lines of inspiration. The first, more nostalgic, aimed at creating large, slightly retro knobs; accessories whose aesthetic component imposes itself on the eye, claiming its role in the entire bathroom system.

The second, much more essential and minimal, focuses on the shape of the sinks, a component where aesthetics and forms merge into one, pushing the very limits of the design of materials such as stone and marble to the maximum. Creating sinks of this type was a challenge not only for me, but above all for the Boffi company, whose great technological expertise as well as extreme craftsmanship were decisive in making the finished product.

It is actually very difficult for me to establish a real path. Certainly, the collaboration with Boffi allowed me and still allows me to better understand and make my own the Made in Italy style in the creation of high-end furniture. It is thanks to the talent of this company as well as the willingness of Dr. Roberto Gavazzi, President of the company, to take the risk that I was able to carry out some of my most ambitious projects both in the field of kitchen design and in that of bathroom furniture. 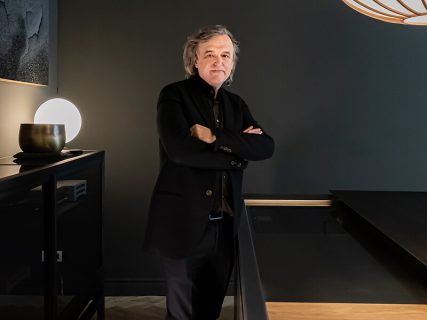 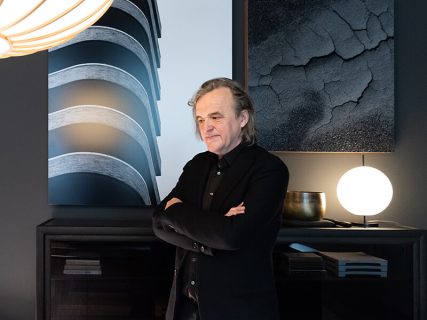 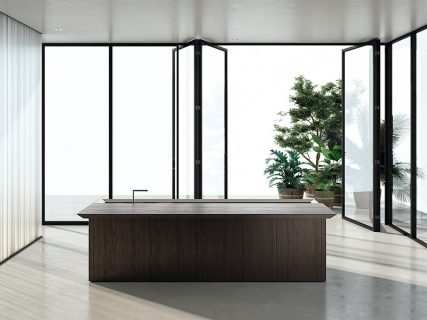 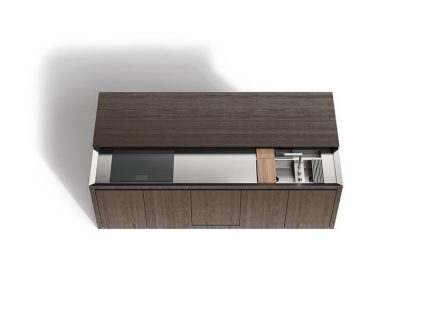 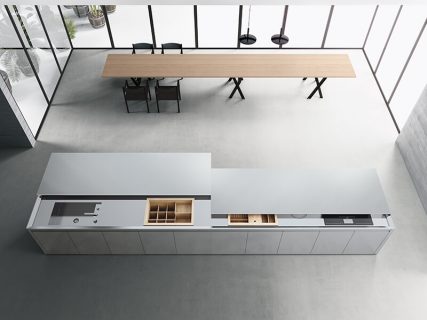 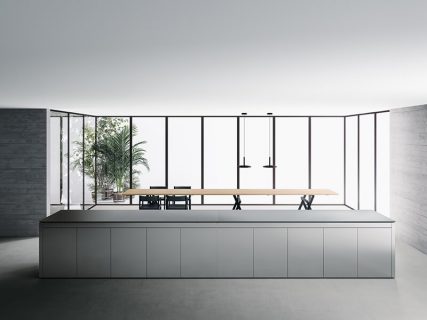 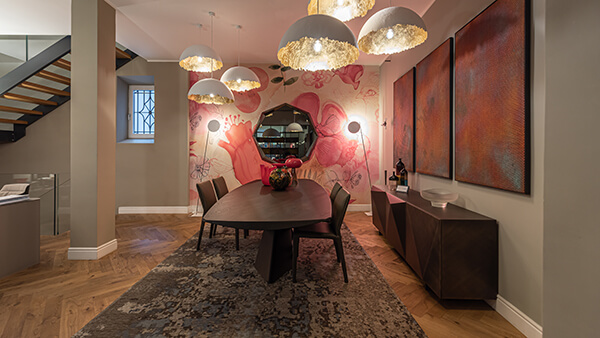 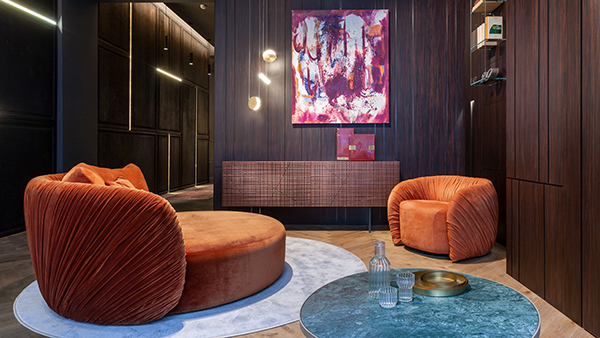