The Boffi kitchens evoke, more than any other brand, the concept of “design kitchen”. A unique brand, which throughout its history has given a decisive impulse in the evolution of the kitchen environment up to the modern modular kitchens. Among the big names of Made in Italy kitchens, Boffi’s is undoubtedly the one most closely linked to luxury kitchens, proving itself capable of creating real marvels of technique and aesthetics and thus creating unique environments enhanced by the use of exclusive materials. However the Boffi world does not end in the kitchen: the collections of bathrooms and wardrobes are equally famous, while for the living area its collections integrate harmoniously with those of De Padova, a brand belonging to the same group.

The best proposal of Boffi brand exposed in our showrooms

The best proposal of Boffi brand exposed in our showrooms

Boffi history dates back to 1937, with the foundation by Piero Boffi. In the post-war period, his sons Dino, Pier Ugo and Paolo Boffi ferried the company into modernity with models such as the Asti and Favre C series, the T12 by Gian Casé, the first kitchen to combine wood and laminate, and above all the revolutionary Minikitchen, the monobloc kitchen by Joe Colombo, exhibited at the MoMA in New York. Dates back to the 70s the artistic direction of Lugi Massoni with his Xila, the first kitchen without handles, still among the bestsellers of the brand.

In the 80s the artistic direction passed to Antonio Citterio; meanwhile started the production of the first lines of Boffi bathrooms. In the 90s, with the management of Roberto Gavazzi, came the international affirmation. In that decade the close collaboration with Piero Lissoni signed some of the brand’s most appreciated kitchens such as the Duemilaotto kitchen, with its characteristic snack bar in solid fir, or the award-winning Aprile kitchen.

In 2003 Boffi purchases the German brand Norbert Wangen, adding to its catalog several models conceived by the entrepreneur and designer of the same name, such as the elegant and minimal “kitchen-cube” K5 and K6, consisting of a single block with retractable top, or kitchen K2, more scenic variant of the same concept. Or, again, the K14 kitchen with the characteristic 30 ° bevel on the top and the elegant K21 kitchen. A more explicit reference to traditional forms is visible in Patricia Urquiola’s Salinas kitchen.

The potential of Boffi does not end in the wide selection of luxury kitchens, but can also be found in its production strength, concentrated in the Lentate sul Seveso headquarters of over 25,000 square meters with its cutting-edge systems for polyester lacquering. Also very important are the exclusive partnerships with suppliers of precious materials, such as De Castelli for metal finishes, Salvatori for marble or Blanco for Durinox steel tops and sinks. 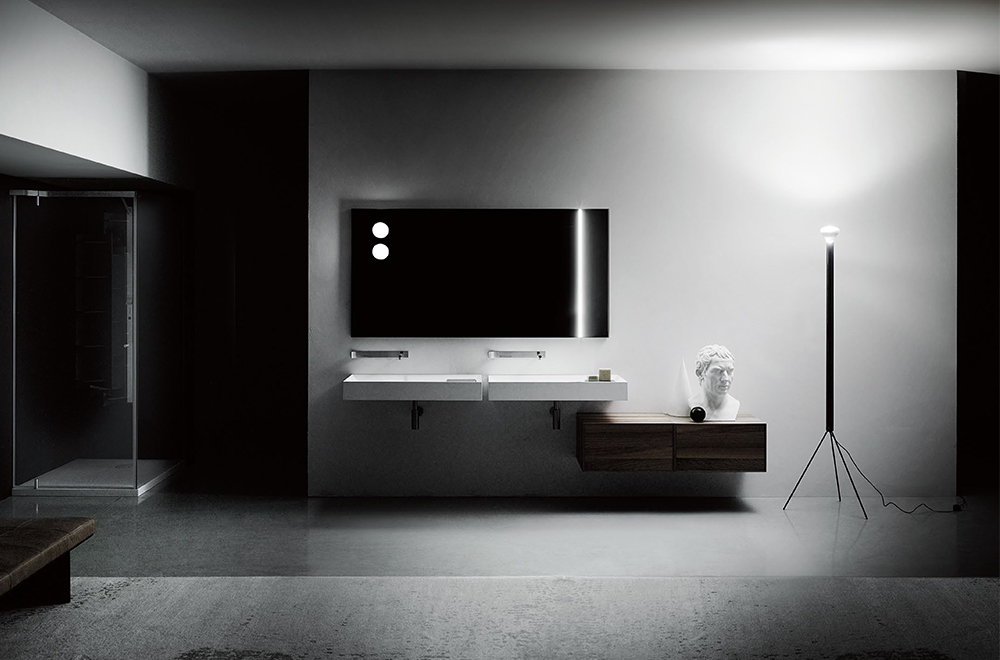 The production of Boffi bathrooms is younger but equally renowned. In this sector, the ideas developed for the kitchen are creatively declined and adapted to bathroom furnishings, as in the Xila Bagno series and in the B14 line by Norbert Wangen, alongside original creations such as the Iceland bathtub by Piero Lissoni, the Sabbia bathtub by Naoto Fakasawa or the playful Pipe tap by Marcel Wanders.

The Boffi catalog is completed by a line of wardrobes, introduced in 2010, along with a wide series of furnishing accessories, such as Giulio Gianturco’s Air fans. Some of the most successful contemporary designers have collaborated with the brand, such as Zaha Hadid, Michael Anastassiades, Victor Vasilev and Kensaku Oshiro. Starting from the 2015, the brand began to expand with the acquisition of De Padova, followed by the Danish MA / U Studio and ADL glass doors. 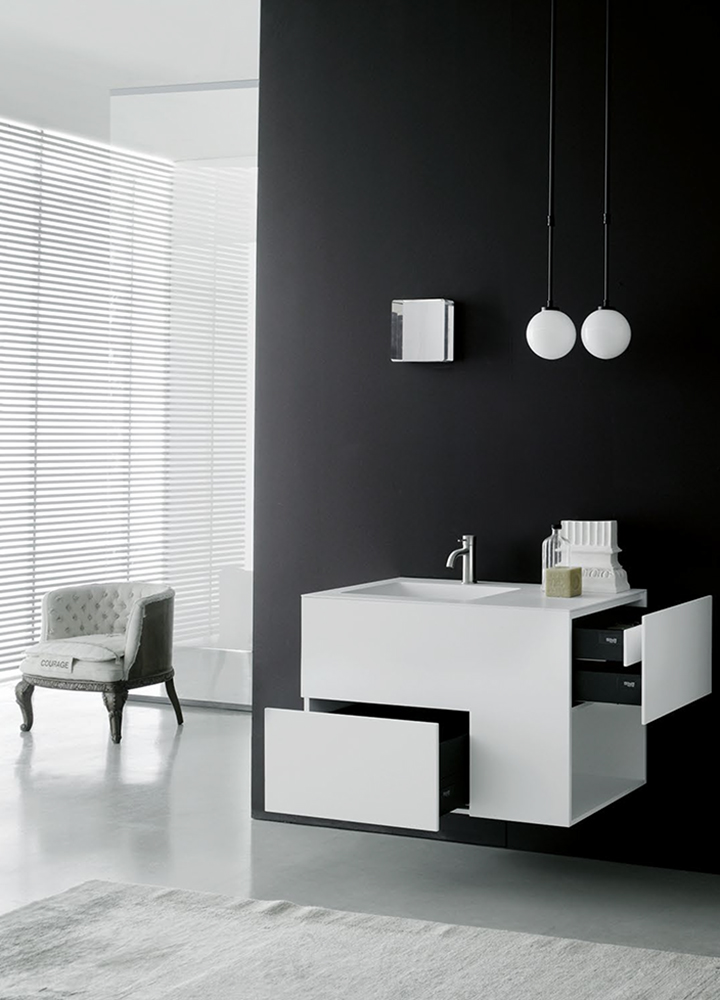 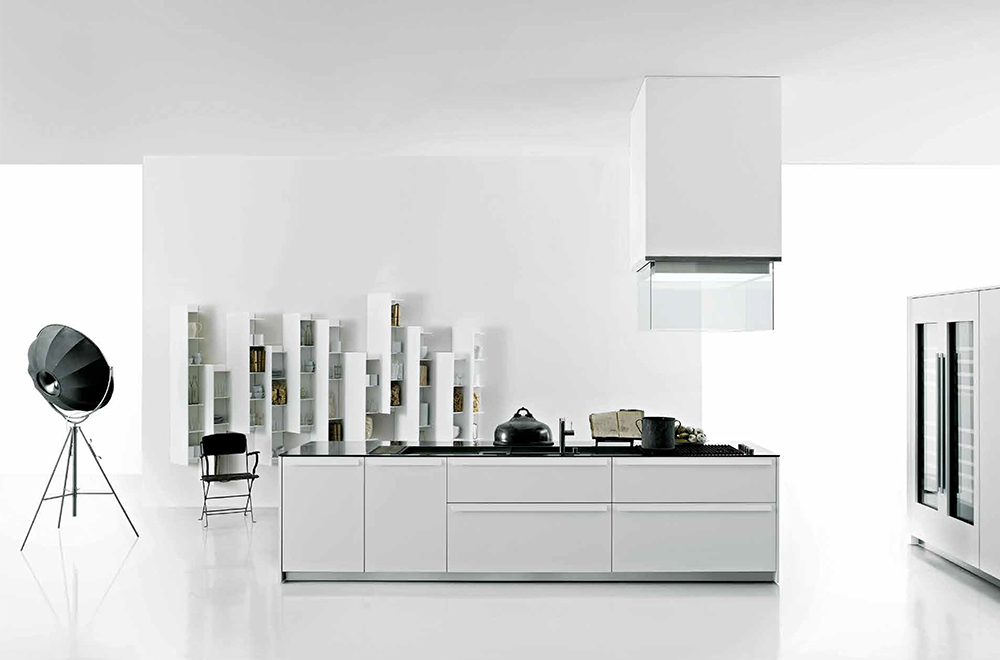 Salvioni Design Solutions is official Boffi dealer for Milan and Inverigo. With stores also located in Brianza and Lugano, the Salvioni network offers as a reference point for the best of Italian and international design, choosing Boffi as an exceptional partner for high-end kitchens. At the Salvioni stores, a professional and competent interior designer team for the design of kitchen can therefore support the customer, also relying on the prestige and quality of one of the most renowned brands in the world.