Tecno is one of the great protagonists of the glorious history of Italian design. Its name is inseparable from the one of the brilliant founder Osvaldo Borsani, who with his theoretical work and his production has contributed since the ‘30s to the revolution of the living concept. Tecno is specialized in office furniture and large projects for public areas, but most of the design icons that make up its catalog live perfectly even in domestic spaces. Tecno furniture has marked an era, but today they are more than ever current, in a company that has not lost its momentum towards innovation and the desire to experiment with the most modern technologies in the furniture world.

The best proposals of Tecno brand exposed in our showrooms

The best proposals of Tecno brand exposed in our showrooms

The design and industrial affair of Osvaldo Borsani began in the company of his father Gaetano, ABV (Arredamenti Borsani Varedo), specialized in handicraft production for large Milanese clients. Osvaldo revealed his talent in his early twenties, when he was awarded at the V Triennale in Milan for the preparation of “La Casa Minima“, in which his tension towards modernity applied to the world of furniture was already manifest.

Its founder Osvaldo, in collaboration with the twin Fulgenzio, presented Tecno in the tenth edition of the Triennale (1954). With this company, Osvaldo began his adventure in the field of industrial production, after having worked for years with important avant-garde artists such as Lucio Fontana to create unique furnishings for a qualified clientele. All Tecno products, although industrialized, retain a touch of uniqueness that makes them immediately successful.

Armchairs such as the P40 and P32 models or sofas such as the D70 model immediately became timeless classics, and Tecno begun its global expansion, placing its fulcrum in the historic Milan showroom in via Montenapoleone inherited from its father. Osvaldo Borsani curated the renovation. In the ’60s the company got closer and closer to the world of executive offices and furnishings for public spaces. Among the most important contracts, the one assigned from Enrico Mattei and ENI.

The furniture of public spaces is a field in which Tecno continues today to invest, boasting many prestigious projects such as the European Parliament in Brussels in 1992 or the remake of the British Museum in London. From 2010, the leading of the company belongs to Giuliano Mosconi, historic manager of the Poltrona Frau group, who inaugurated the new headquarters of Mariano Comense and oversaw the re-launch at the highest international levels.

In addition to the historical signatures of Osvaldo Borsani and the Tecno Design Center, coordinated by the architect Marco Fantoni, Tecno have collaborated with many important international designers. Particularly successful were the collaborations with Norman Foster for the Nomos table and Emilio Ambasz for the Qualis office chair, both awarded with the Compasso d’Oro.  The company can also count on products signed by designers such as Rodolfo Dordoni, Piero Lissoni , Eugenio Gerli, Luca Scacchetti and Gabriele & Oscar Buratti. 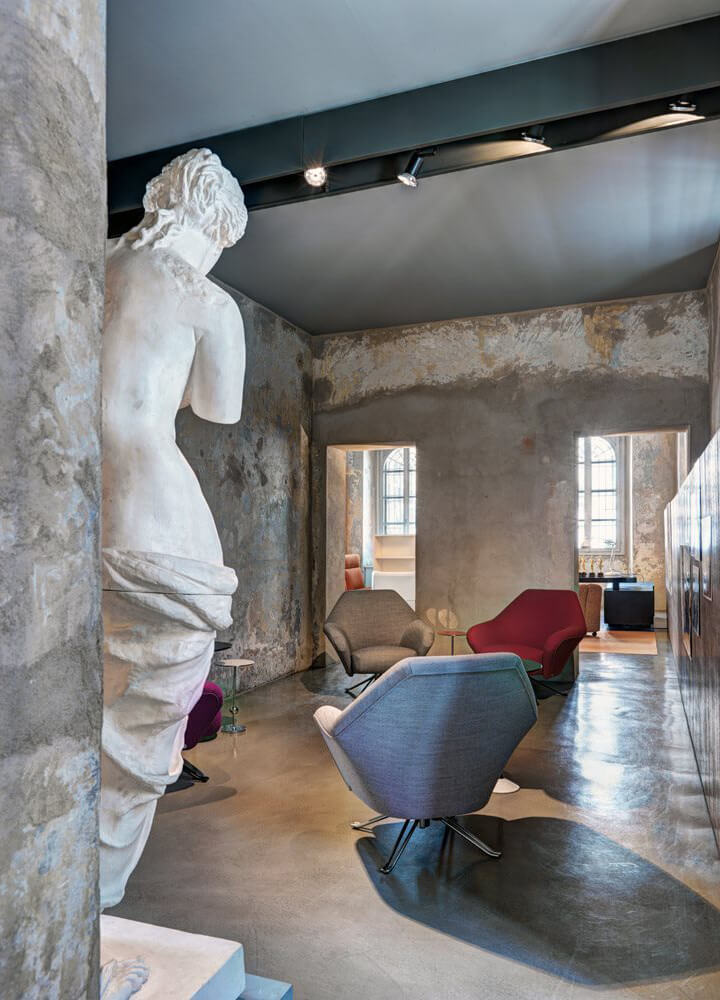 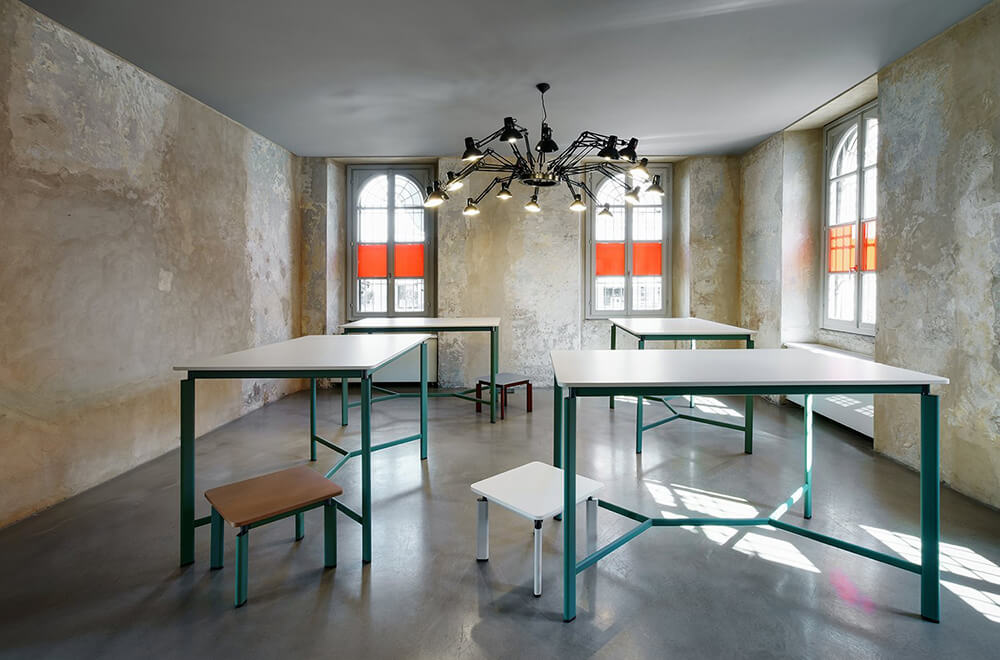 Salvioni Design Solutions is official Tecno dealer. The Salvioni group has showrooms in Milan, Lugano and Inverigo, where customers can count on the professionalism and competence of a team of highly specialized interior designers both in domestic projects and in office solutions. The Salvioni Logistic has extensive experience in transport and assembly all over the world.