Riccardo Rocchi, the architect of the Vips Interview - Salvioni
All articles:
Interviews

Riccardo Rocchi – The Architect of the Vips 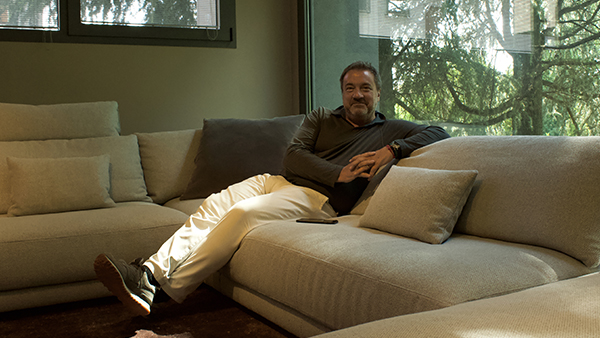 Known in the Milanese ambience as “the architect of the VIPs”, Riccardo Rocchi is an architect whose fame both Italian and international attest his excellence capacity of doing and design. The close collaboration that binds him to Salvioni Design Solutions was born thanks to years of approach and professional understanding, culminated in 2016 with the opening of the new showroom Salvioni Milano Durini within the prestigious via Durini, the new Milan excellence design pole.

The pretext was particularly ambitious: to give life to a new and fresh showroom, capable of expressing the personality Salvioni and being at the same time the representative of a new way of doing design. The project, which can now be visited in the six exhibition floors, ended happily, consolidating a partnership that is renewed every day under the banner of new initiatives and prestigious events.

Tell us about you. How did you start your profession?

After finishing the secondary school, I immediately turned to the artistic studies. My passion for drawing and graphic arts suggested that I embark on that career, so I thought that the Artistic High School could satisfy my interests. In that context, I was able to satisfy my desires to represent things although, unlike many of my talented comrades, I was not exactly born “with the pencil in my hand”. I had to study hard, and perhaps it was precisely because of my poor talent that I fell in love with the three-dimensional design and perspective, the parents of architecture. After finishing high school, I decided to enroll in the Faculty of Architecture, trusting that this was the perfect branch of study for me: my desire was to build palaces and cities.

How were the years at the Faculty of Architecture?

I began my studies of Architecture in difficult times; it was the 1974, and at the time the faculty was completely dived in that climate of upheavals and student rebellions of the “contestant Milan”. I remember that the first time I went to the Politecnico, I found sandbags stacked outside the library, used as a conciliar hall for student assemblies. For those like me, who found themselves in the midst of the contestation, the University and the exams changed face several times: we started with the “popular” exams, where one or more enthusiastic students – usually the freshmen – gave the exam on behalf of a large group of supporters, continuing afterward with more and more challenging sessions. At the end of our career, the Faculty was again rigid and demanding towards its students.

Since those years were not exactly the most productive, and my dream was to become an architect, I decided to enroll at the same time IED, where I followed the studies of interior architecture with very good and competent teachers. Studies at the IED made me realize that it was possible to do Architecture even within an environment. It was not Interior and it was not Design, but a new and exciting form of Architecture that I had not approached until then.

Tell us about your Masters

After completing my studies, I decided to take my first steps in the world of Architecture, taking as an example the great masters of the sector. Having no friend or acquaintance in the environment, I decided that the best way to learn was to propose myself directly as an apprentice.

I knocked on the door of many famous Architects’ studios such as Marco Zanuso, Mario Bellini, Luigi Caccia Dominioni, Vico Magistretti and others, proposing me for any task that would or did not strictly follow architecture. In fact, it mattered very little: all I wanted was to find out how the teacher acted, how he approached the work, solved the thorniest issues. Understand, in short, how an architectural studio worked. At the studio of Gio Ponti, who was the first I started with, I did not even have a table and my job, carried out full-time for three days a week, consisted in emptying ashtrays while the employees dedicated themselves to their work.

From whom do you think you have drawn more inspiration?

Bellini and Magistretti were extremely friendly and easygoing. Gio Ponti a surly, prodigal of painful flicks. Luigi Caccia Dominioni was wonderful; he used to arrive in the morning at the office with sketches of projects drawn on different sheets that he used to throw on this or that desk simply adding “do it”. He was a genius. I believe that he is the master who in those years I loved the most, because he was the closest to my desire as an architect and because he knew how to interpret the environments, people and colors in a unique and impeccable way. His essential and clean taste always reserved a touch of overwhelming genius, like a lacquered red Lualdi door inside an apartment with antique furniture, or the superb use of sown and decorations.

Later, another great Master from whom I have drawn inspiration for my work is Frank O. Ghery. His work is particularly dear to me, because he embodies the motto to which I believe all Architects should be inspired: nothing is impossible. Ghery builds dreamlike architectures by molding metal and materials as if they are paper and is able to create details with splendid effects capable of arousing as many sensations of wonder.

Tell us about one of your project that has impressed you.

A project that I am very fond of, as well as one of the biggest challenges I have faced during my professional career, is the renovation of Villa Esengrini in Monza. The client wanted me to design an apartment inside the stables. I devoted myself to the realization of the environments and studied forms and structures that would follow the original one until I came across a challenge: the creation of a twelve-meter bookcase that became a balustrade on the first floor. When I confronted the authorized personnel, I felt like I was going crazy, but the greater the difficulty, the more stimulating it was to overcome it.

Another very dear project was Villa Viganello of Lugano, where I intervened on a structure designed by Mario Botta. Originally designed in the ‘80s as a villa for a couple, this building had a strongly distinctive structure, but presented the need to adapt its interior to a much larger family comprising a couple and three children. The challenge, which involved not only the owner, but also the associations of the architect Mario Botta and the committees of the municipality of Lugano for the protection of artistic works, was resolved with the addition of glass towers able not only to enlarge the façade, but also to give brightness to the structure without actually transfiguring it.

Do you think there is a dialogue between Interior Architecture and Interior Design?

In the project of an environment, my work always starts from the comprehension of the functions needed for that space and the harmony it will have to create with those who will enter it. The project born therefore from the dialogue of several people and from the mutual understanding of their way of being.

It’s clear that there must always be cornerstones: anyone who chooses me must be aware of my way of working; the light never comes from the ceiling but from the walls. Hardly I use lamps to illuminate but I prefer the aesthetic and compositional function as objects of design. The lights are hidden, cut into walls, niches and so on. My style always focuses on the essential and the attention to every detail. I love symmetry and natural materials like wood, marble and stone for the primitive force that distinguishes them. I also appreciate the dark colors, the collected atmospheres and the shadows, where you can find your intimacy and rest.

Have you ever thought about doing product design?

I tried, but I think product design is my limit. During my career, I have designed several design products on commission, but never objects aimed at a global audience. This is because to design, I feel the need to address an interlocutor, someone on whom I can model the product to make it unique and perfect to his needs. Generic design requires estrangement and research unfamiliar to me. 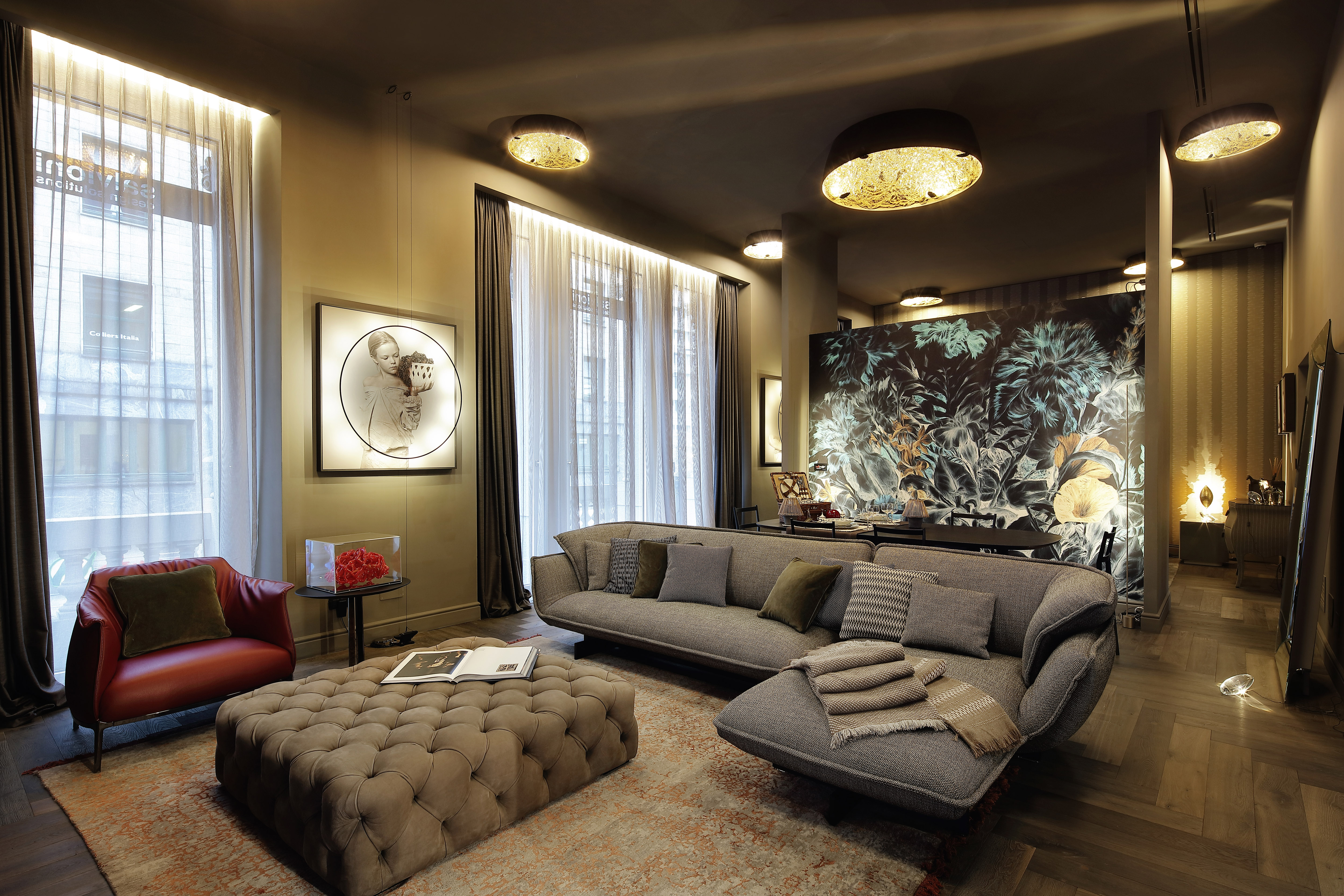 The Salvioni Milano Durini showroom is one of your projects. What can you tell us about it?

Salvioni Milano Durini is one of the projects I’m most proud of because, unlike many others, made possible for me to overcome my personal limit toward the universal design. For Salvioni, in fact, I had to create not one, but six different interlocutors to whom each single exhibition floor could be assigned. For everyone, I have tried to recreate a taste, an inclination, preferences and habits; in short, a personality. After this, I gave them names, and was a done deal.

However, the work was not finished yet. Once all those “ideal people” were distinguished from each other, it was necessary to identify a way to bring them together again, under the same common denominator able to blend them all: Salvioni. Anyone entering the showroom of Durini must therefore be able to see six different styles and personalities, six ways of living, six emotions, but still perceive among them a single soul, a guiding thread that drives them: the style.

How much can the bond grow both?

Salvioni was for me a unique project, a challenge that allowed me to get out of the canons of my professional way of acting to get into a multi-brand and multi-faceted context. A project that is even more complex because of its need to bring a reality like Salvioni closer to a context like Via Durini. Equally problematic was the need to bring together several brands within the same exhibition, creating spaces where different designs and trends could interact with each other in an organic whole. It was very difficult, and certainly a lot will have still to be done, but for now the great satisfaction is seeing realized something that, just a few years ago, many would have thought unthinkable. 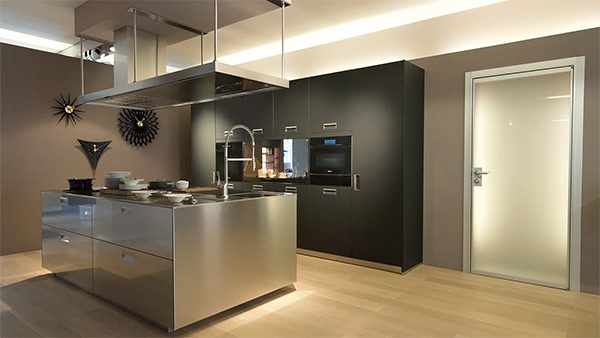 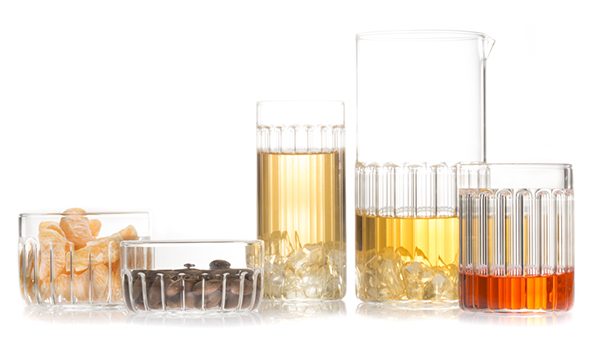 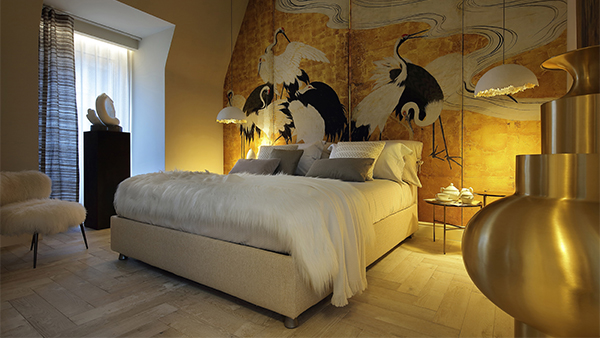 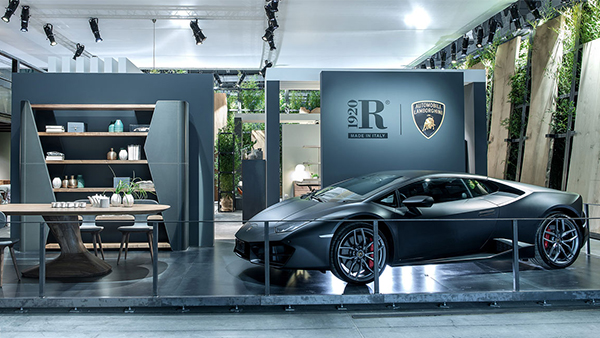 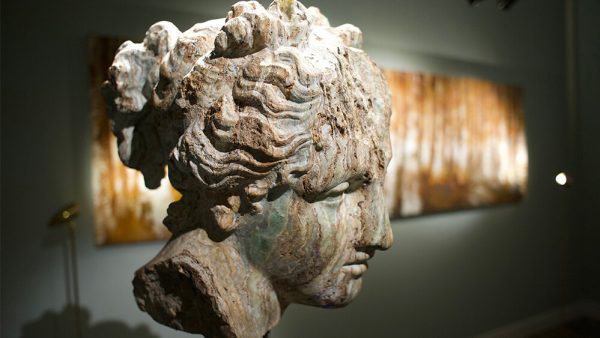